Oberlin, Ohio—Oberlin College’s Heisman Club and the Presidential Initiative on Racial Equity and Diversity present “The Fist is Still Raised: A Conversation with Dr. Tommie Smith’’ at 7:30 p.m., on Tuesday, November 17.

Heisman Club board member and hall of fame inductee George Smith ’87 will moderate the Zoom discussion. He is a coanchor with WKOW 27 News in Madison, Wisconsin, and a former correspondent for ESPN. Preregistration is required for this event .

“The Heisman Club is honored to partner with President Ambar for this special evening,” said Heisman Club President Mark Walsh ‘77. “Tommie’s story is truly amazing and is as relevant today as it was in 1968. Those who join us will be inspired and informed by his powerful message.”

Smith won the gold medal in the 200 meters at the 1968 Summer Olympics with a world-record time of 19.83, but it is what he did after the race that has lived on for 52 years. Standing on the medal podium, along with his teammate John Carlos, Smith raised a fist to protest racism and injustice against African Americans in the United States. A controversial gesture at the time, it remains a symbolic moment in history.

“It was not a ‘Black Power Salute’ as has been written on numerous occasions,” said Smith. “It was a ‘human rights salute’ more than anything else.”

Smith was treated harshly for the stand he took, including receiving death threats, but he has dedicated his life to fighting oppression and racism.

‘‘We are thrilled Tommie Smith will be sharing his remarkable journey and wisdom with us,’’ said AVP for Athletics Advancement and Delta Lodge Director of Athletics & Physical Education Natalie Winkelfoos, who serves on the Presidential Initiative on Racial Equity and Diversity committee. “His bold actions more than 50 years ago took great courage and strength. Today, these same injustices are still some of society’s most pressing issues. Smith is a perfect guest as our institution’s stakeholders work to elevate our educational efforts that will challenge existing inequalities and injustices. We are honored to have him as a part of our Oberlin athletics history.’’

At Oberlin College, he served as athletics director and head coach in track and field, men’s basketball, and football.

Smith completed his autobiography titled Silent Gesture in 2007. He and Carlos also were the recipients of the ESPYS Arthur Ashe Courage Award in July 2008.

Smith, who is featured in the 1999 HBO documentary Fists of Freedom: The Story of the '68 Summer Games, was a faculty member and track coach at Santa Monica College until his retirement in 2005.

George Smith is a national media personality who has covered some of the most compelling and exciting sports events during the last 20 years. He has met with three U.S. presidents. His passion lies in communicating and telling the compelling story related to news, events, people, and human interests. Smith, who earned a master’s degree in journalism at Columbia University, spent 10 years as a correspondent for ESPN appearing on Sports Center and Outside the Lines before returning to regional broadcast news. 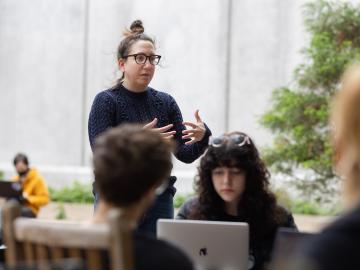 Oberlin musicians are preparing for a January trip to New York for an engagement at Carnegie Hall—Oberlin's third Winter Term tour to the iconic venue this decade. But the excitement begins at home, with a preview performance of the program in Oberlin's own Finney Chapel on Thursday, October 13. 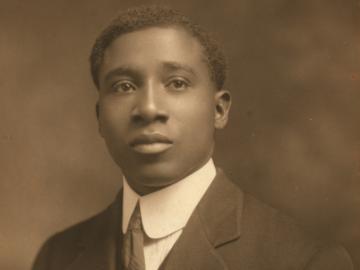