Online celebrations of our conservatory's exemplary musicians are nothing new to Oberlin.

Online experiences that don’t lean heavily on the hundreds of meticulously prepared concerts that happen on campus every year? That’s sort of a different story.

In that spirit, we proudly flip the switch on “Oberlin Stage Left,” a new series of online programs featuring our own faculty and students, as well as fascinating guests from throughout the musical world. It'll be fun. It’ll be informative. It’ll be distinctly Oberlin. And it will carry us all through the days till we share the music together—in person—again.

“Fostering connections through the artistry of our Oberlin community is central to what we do—in good times and in challenging times too,” says Dean of the Conservatory William Quillen.

“With this great wealth of creativity come great opportunities to share it with those who can’t experience it firsthand. Through Oberlin Stage Left, we are thrilled to offer exciting new points of connection, inspiration, and discovery for everyone who finds joy and comfort in the work of our creative community.”

Beginning April 14, Oberlin Stage Left will be broadcast three times each week: on Tuesday and Thursday evenings, as well as Sunday afternoons. Content can be accessed via the Oberlin website at www.oberlin.edu/conservatory/stage-left.

Most programs will be available at the time of broadcast as well as on demand. Stay tuned to the Stage Left website and Oberlin Conservatory on Facebook for additional details on upcoming performances and new additions to the schedule.

Oberlin Stage Left premieres at 7:30 p.m. Tuesday, April 14, with an interview featuring Dean Quillen and Oberlin harp professor Yolanda Kondonassis. Their discussion will cover the Grammy Award-nominated performer’s stage and recording career as well as the influence of Argentinian composer Alberto Ginastera, whose music she has performed in concert countless times. It will be followed by a pre-recorded performance of Ginastera’s virtuosic Harp Concerto featuring Kondonassis and the Oberlin Orchestra, a piece that appeared on the 2016 Oberlin Music recording Ginastera: One Hundred. 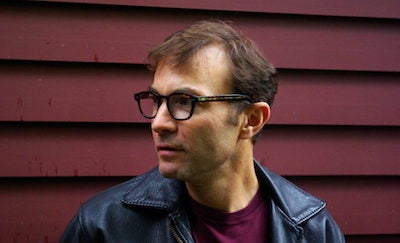 BIOGRAPHER PETER CARLIN TALKS BRIAN WILSON AND MORE
Thursday April 16
7:30 p.m.
Oberlin Assistant Professor of Ethnomusicology Kathryn Metz leads a discussion with rock music biographer Peter Carlin, who has chronicled the lives of Paul McCartney, Bruce Springsteen, Paul Simon, and others. They’ll touch on the research that informed Carlin’s biography of the Beach Boys’ Brian Wilson, as well as his forthcoming book on the genius of Warner Bros. Records.

INTERVIEW AND SCREENING OF COMPOSED  DOCUMENTARY
Sunday, April 19
2 p.m.
Join us for a screening of the documentary Composed, which probes the phenomenon of performance anxiety through the experience of classical musicians. The 78-minute film features musicians and mental-health experts from the U.S. and U.K., including members of major orchestras such as the New York Philharmonic, Cleveland Orchestra, Philadelphia Orchestra, and the Los Angeles Philharmonic, as well as Oberlin professors Peter Slowik (viola) and Robert Walters (oboe and English horn). The screening will be preceded by an interview with Oberlin flute professor Alexa Still and the film's Rachael Lander, a versatile cellist who has performed with the London Chamber Orchestra and in a multitude of live and studio settings, including tours with prominent pop and rock artists.

BEAT THE BLUES WITH BROADWAY!
Tuesday, April 21
7:30 p.m.
It’s a ConFab listening party! Join musicology professor Jamie O’Leary and opera theater professor Chris Mirto for a (virtual) stage-ready celebration of reasons it's a good day to be fabulous—even in the era of COVID-19.

RANDS AT OBERLIN  PRE-RELEASE LISTENING SESSION
Thursday, April 23
7:30 p.m.
We celebrate the April 24 release of Rands at Oberlin on the Oberlin Music label. It features the recorded premiere of Bernard Rands’ Concerto for English Horn and Orchestra, which was commissioned by Oberlin for Professor of Oboe and English Horn Robert Walters on the occasion of the conservatory’s 150th anniversary. Join us for a conversation between Walters and composer Rands, a longtime friend of Oberlin, followed by a performance of the concerto featuring Walters and the Oberlin Orchestra, under the direction of Raphael Jiménez.

STORY TIME WITH THE SNEETCHES AND OBERLIN ORCHESTRA
Sunday, April 26
2 p.m.
Perhaps the most beloved recording in the Oberlin Music archives, the 2013 release of Dr. Seuss’ The Sneetches brings the perils of bigotry to vivid life through an inspired performance of Lorenzo Palomo’s original score by the Oberlin Orchestra, featuring spirited narration from actor John de Lancie (Star Trek: The Next Generation, Breaking Bad). Join us for this family-friendly broadcast, featuring an introduction from Oberlin’s own Professor of Musicology Steven Plank (and his grandkids!)—or enjoy it on demand any day at bedtime.