The 37th Cleveland International Film Festival (CIFF), running April 3 to 14, will head to Oberlin for an Evening at the Apollo Theatre on Wednesday, April 10. The evening’s events will include two screenings each of two of the festival’s films, each attended by the respective directors, and a reception at Magpie Pizza in downtown Oberlin.

The CIFF has been the premier film event in Ohio for the past 36 years. Today, the CIFF presents more than 170 feature films and 160 short subject films from at least 60 countries. Since 2003, the CIFF has experienced tremendous growth, including a 143 percent attendance increase in 2012.

The first film of the evening, with screenings at 5 p.m. and 10 p.m., is Survival Prayer, a documentary directed by Benjamin Greené ’06. Following the inhabitants of Haida Gwaii, an archipelago off the north coast of British Columbia, Greené explores the power of food and nature to sustain a people. CIFF calls it “a dreamlike film in which elders tell ancient tales describing how nature is tied to the nurturing of body and soul.”

The second film, screened at 7 p.m. and 10 p.m., is Dear Mr. Watterson, directed by Joel Allen Schroeder. Instead of trying to contact the elusive Bill Watterson, Chagrin Falls, Ohio, resident and author of the beloved Calvin & Hobbes comic strip, Schroeder explores his work through those it most affected: his fans. “Dear Mr. Watterson is the perfect tribute to a man who hid from the spotlight, but allowed his incredible imagination to shine through his work,” says CIFF.


Tickets are available in advance online, via mail, by phone, and in person at Tower City Cinemas in Cleveland, and can be purchased at 4 p.m. on April 10 at the Apollo Theatre. Tickets are $12 for CIFF members and $14 for non-members. Visit the CIFF website or call 216.623.FILM (3456) for a full film listing and more information.

Serena Hendricks, general manager of the Apollo Theatre (center), holds a certificate of commendation presented by a representative (left) from the office of Secretary of State John Husted. The... 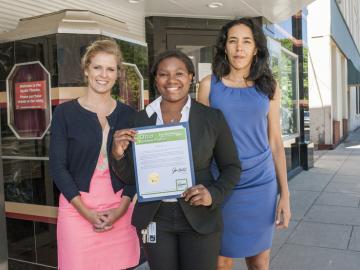 Katy Early (above) and Ariana Silvan-Grau (below) perform in “The Brick,” the second of three stories that comprise the John Kander ’51 and Greg Pierce ’00 musical... 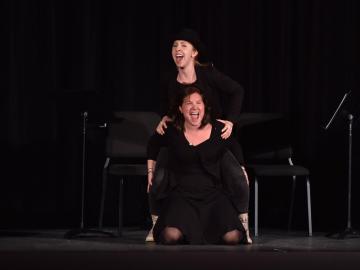 On Thursday, October 29, nine actors and four musicians will perform a concert reading of The Landing, a new musical composed by musical theater legend John Kander ’51 and written by lyricist and book writer Greg Pierce ’00. Kander and Pierce will be in attendance. 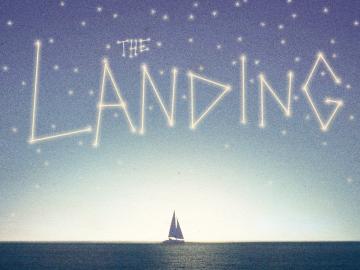