On December 31, Oberlin Illuminate: A Campaign for College and Conservatory, exceeded its official $250 million goal 18 months ahead of schedule. According to Bill Barlow, vice president for development and alumni affairs, “It's important to recognize significant milestones during this campaign, and this is certainly one of those moments.” As of February 28, the campaign reached the $256 million mark.

The Illuminate Campaign was publicly launched in September of 2012 and has already raised 42 percent more in gifts and commitments than the previous Oberlin New Century Campaign (1997-2004). This success is also indicative of the steady improvement that has been made in recent years in the culture of philanthropy at Oberlin.

The campaign’s fundraising and engagement efforts aim to broaden access to an Oberlin education, strengthen the campus community, enrich the academic program, and better position students for success after they graduate. According to Barlow, “While we have made good progress toward reaching these goals, there is still a long way to go to meet our needs for several key institutional priorities including scholarship support, new health and wellness initiatives, and renovation of Hall Auditorium.”

Trustees, alumni, faculty, staff, and parents as well as friends of the college, have all played important roles in reaching the $250 million milestone. “The generosity, hard work, and perseverance of many people has made this campaign successful, not only in terms of dollars but also in building the engagement activities and relationships that bind us together as part of the Oberlin family,” said President Marvin Krislov. “We still have work to do, particularly in ensuring that students of all backgrounds can attend Oberlin. The campaign will continue through June 2016, and I am excited to think about what we can accomplish together.” 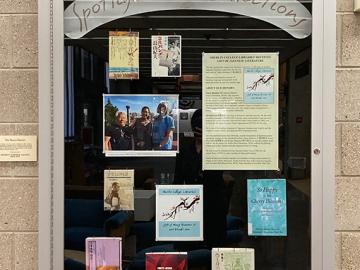 All in for Oberlin a Great Success

The annual fund team would like to express its sincere gratitude to the entire Oberlin community for their support of All in for Oberlin on April 27, 2017. 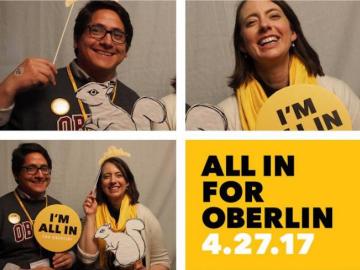 Will You Be All In?

On April 27, 2017, Oberlin College is looking for 1,000 donors from the Oberlin community to go “All In” for Oberlin. For this fundraising challenge, Chris Canavan ’84 promises... 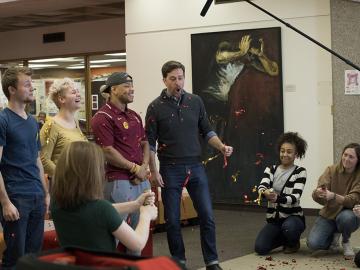