The term “ubuntu” is a Nguni Bantu term that, at its core, means "humanity." It also may be used philosophically to convey the belief in a “universal bond of sharing that connects all humanity." This concept also served as the guiding principle for this year’s programming during Oberlin’s Black History Month, themed Ubuntu: I am Because We Are.

For third-year environmental studies major, politics minor and Black History Month committee member Skyler Davis, ubuntu is something that has application in daily life. “Ubuntu conveys kindness,” stated Davis. “I don't want it to be a profound concept; I want it to be a natural, everyday belief.”

The series of programs in this month-long tribute aims to express unity, community togetherness, and continued struggle for recognition. The collection of speakers, workshops and other events convey a strong commitment to ubuntu as a foundation for Africana communities.

Among the broad array of performances is a re-imagined American classical theater production of Tennessee Williams’ The Glass Menagerie, starring Oscar-nominated actress Margaret Avery. Directed by Oberlin Associate Professor of Theater and Africana Studies Justin Emeka '95, this production on February 20 at Cleveland Playhouse Square features Williams’ text with black culture and music incorporated into the classic story. Members of the campus community will also have the opportunity to attend a performance of Oh! Freedom: Commemorating the Negro Spiritual and the Underground Railroad when Wesley Williams returns to campus at 7 p.m. on February 11 for this performance at Oberlin’s First Church.

Another of the month’s events is a talk by Eddie Glaude Jr., a professor of religion and African American studies at Princeton, who coined the term “value gap” which is the “belief that white people matter more than others.” Glaude will discuss how this mindset is entrenched within American values, practices, and systems at 7:30 p.m. February 23 in Dye Lecture Hall.

“This month is about reflecting our culture and history and various forms of heritage,” said RaShelle Peck, Black History Month cochair and faculty in residence. Among one consideration when planning the month’s events was how to identify the programs for inclusion.“How do we create events that help us celebrate Africana and also address the problems that our community faces?” said Peck. “We chose to focus on the theme of community given the particularly precarious situation in the country and globally.”

For Davis, the goal of any Black History Month is to “educate, inspire, heal, and fight back” regardless of the political climate. “It's important for us to have a dialogue both within our community and in others about what has happened, what is happening, and where we go from here,” emphasized Davis.

Black History Month at Oberlin officially begins with an opening meal on February 5 at the Afrikan Heritage House. Throughout the month, a diversity of programming takes place both on and off campus and includes teach-ins, talks, and theatrical performances.

More about programming for Ubuntu, I am Because We Are is on the Black History Month webpage and the Oberlin Events Calendar.

Oberlin’s celebration of Black History Month begins this week and continues through the month of March with a wide range of public events. Together, these programs honor the theme "Black... 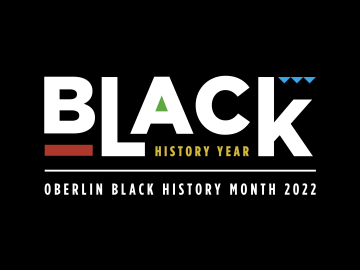 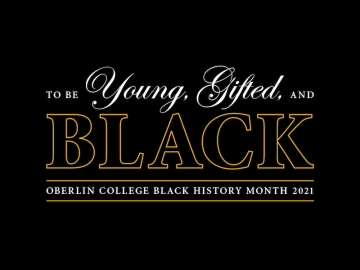