Oberlin’s Apollo Theatre has received the Award for Theater Restoration from the Cleveland Restoration Society and the American Institute of Architects-Cleveland.

Oberlin’s Apollo Theatre has received the Award for Theater Restoration from the Cleveland Restoration Society and the American Institute of Architects-Cleveland. The honor was presented Thursday, May 30, in a ceremony at the Allen Theatre in Cleveland. The awards program recognizes exemplary projects and individuals who have made significant investments in the revitalization of northeast Ohio.

A $6 million, yearlong renovation project transformed the century-old building into a theater complex with a modern film and performance space on the first floor and a media education center with state-of-the-art postproduction facilities on the second floor. The theater has been restored according to National Park Service Historic Preservation standards.

Centered in the heart of downtown Oberlin, the Apollo has been an important fixture in the community for 100 years, with entertainment evolving from live vaudeville acts to cinema. College Properties of Oberlin, a wholly-owned subsidiary of Oberlin College, purchased the theater from twin brothers William and Sandy Steele in 2009. The theater is owned by Apollo Theatre LLC and is managed by Cleveland Cinemas.

At the beginning of the project, the State of Ohio Preservation Office (SHPO) identified the last major renovation of the theater in the 1950s as the period of historical significance, which would guide structural and aesthetic decisions for the entire restoration, says Steve Varelmann, Oberlin College architect. However, some unexpected finds changed the scope of the project.

“When a colorful chevron pattern of fiberboard panels from the 1930s emerged from beneath the acoustic fabric on the walls of the auditorium during demolition, we contacted SHPO. After careful consideration of the historical significance of the panels, the previous renovation of the Art Deco style became the guiding aesthetic,” Varelmann says. “The existing fiberboard panels were water damaged and did not meet current building codes and therefore had to be removed. Over 800 new individual acoustic panels were designed, fabricated, and installed without an extension to the schedule.”

Varelmann credits the project partners for making the renovation a success. Architecture firm Westlake Reed Leskosky “brought invaluable expertise in the design and preservation of historic theaters, and Panzica Construction installed an experienced team of construction managers that delivered the project in time for the reopening.”

The theater reopened to the public in September 2012. Funding for the purchase and renovation of the Apollo complex was provided by generous support from Oberlin alumni, friends of the college, and local community members. Donors include the Steele family; famed television director James Burrows ’62 and his wife, Debbie Burrows; the Goldring Family Foundation; former Oberlin College trustee Robert Lemle ’75; the Nord Family Foundation; and an anonymous Oberlin High School graduate. 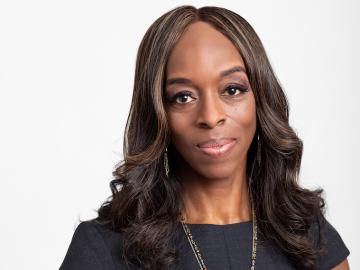