New York Times journalist and bestselling author Peter Baker will deliver the keynote address for the commencement ceremony honoring the Class of 2021.

In-person commencement will take place on Friday, May 14, 2021. Two separate ceremonies will be held at Bailey Field, one at 9 a.m. and the other at 2 p.m., each with approximately 300 graduates and up to 600 guests. Each graduate may have two guests in attendance. All guests must have a ticket, wear masks, and be seated six feet apart. The ceremony will stream live for other family and friends.

Baker is the chief White House correspondent for the New York Times responsible for reporting on President Joe Biden, the fifth president he has covered. He previously wrote about presidents Donald J. Trump and Barack Obama for the Times and presidents George W. Bush and Bill Clinton for the Washington Post. He also is a political analyst for MSNBC.

Baker joined the Times in 2008, after 20 years at the Post and has reported on some of the most important stories in Washington in recent times, including elections, inaugurations, economic crises, foreign policy, natural disasters, legislative battles, and Supreme Court nominations. He coauthored the original story breaking the Monica Lewinsky scandal in the Post and served as the paper’s lead writer on the impeachment of President Clinton. He covered the ups and downs of the Bush and Obama presidencies, including the Iraq War, Hurricane Katrina, and the raid that killed Osama bin Laden. And he chronicled the tumultuous Trump administration through the coronavirus pandemic, the storming of the Capitol, and both impeachments.

In between stints at the White House, Baker and his wife, Susan Glasser, spent four years as Moscow Bureau chiefs for the Post, documenting the rise of Russia’s President Vladimir Putin, the rollback of Russian democracy, the second Chechen War, and a variety of terrorist attacks. Baker also covered the wars in Afghanistan and Iraq. He was the first American newspaper correspondent to report from rebel-held northern Afghanistan after September 11, 2001, and he spent the next eight months covering the overthrow of the Taliban and the emergence of a new government. He later traveled in the Middle East for six months, reporting from inside Saddam Hussein’s Iraq and around the region before embedding with the U.S. Marines as they drove toward Baghdad. He briefly served as the Jerusalem Bureau Chief for the Times.

Baker has won all three major awards devoted to White House reporting: the Gerald R. Ford Prize for Distinguished Coverage of the Presidency (twice), the Aldo Beckman Memorial Award (twice) and the Merriman Smith Memorial Award. He is a frequent panelist on PBS’s Washington Week.

Baker will receive an honorary doctor of fine arts degree. The college will also present honorary degrees to award-winning journalist, novelist, and film critic Renata Adler, composer John Harbison, and Michael J. Sorrell '88, president of Paul Quinn College. The full bios of speakers and award recipients can be found on the commencement website. 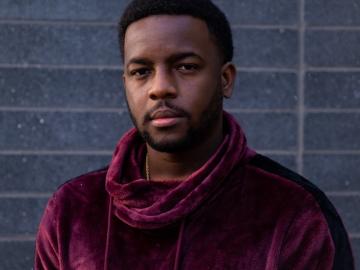 Nobel Prize winner and Professor of Economics at the Massachusetts Institute of Technology Joshua D. Angrist ’82 will deliver the keynote address for the Commencement ceremony honoring the Class of 2022. 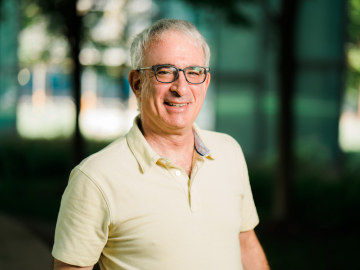 Henry Hicks and Joshua Rhodes have been selected to address the Class of 2021 in their commencement ceremonies on May 14. 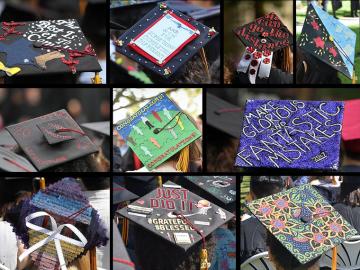