“Oberlin opened a world to me that I never knew existed ... It represented the diversity that the world has to offer, not just race and ethnicity, but religion and sexual orientation, in a safe and nurturing community.”

As an African American male I became engrossed in the rich legacy and history that Oberlin played in the abolition of slavery, women’s suffrage, equality and diversity and inclusion. Many colleges, universities and corporations speak to diversity and inclusion as if it is a new idea or a business imperative, but this was Oberlin’s cornerstone from its inception. In fact, Oberlin’s founders, Presbyterian ministers, John Shipherd and Philo P. Stewart said “Oberlin is peculiar in that which is good.” That singular phrase from the Oberlin History book has stayed with me since seventh grade, and it was that phrase that inspired me to attend Oberlin College.

Oberlin College opened a world to me that I never knew existed, a world which was more than just black and white. It represented the diversity that the world has to offer, not just race and ethnicity, but religion and sexual orientation, in a safe and nurturing community. This is why Oberlin stands apart from other college and universities.

At its inception, Oberlin was distinct in its challenge of racism, sexism and homophobia; it envisioned a world that was good. Today, Oberlin continues to be a leader in addressing issues facing society, such as environmental sustainability, making sure that the world continues to be good for the next generation.

More than two decades removed from that seventh grade class, and 16 years after matriculating from Oberlin College, this phrase still holds true. My post-Oberlin College education at Garrett Theological Seminary/Northwestern University and my career in Corporate Affairs have all been based upon this singular statement made by Shipherd and Stewart: “Oberlin is peculiar in that which is good.” 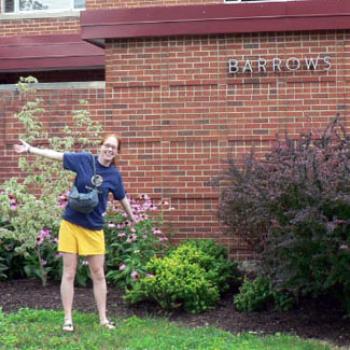 On her first-year dorm

“I hope that incoming Obies who decide to live in Barrows or Dascomb will experience the same feeling I felt often my first year... It was simple, but I felt like I was home. I think that’s good... 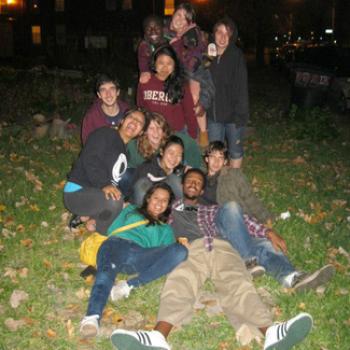 “The benefits of the meaningful conversations I had with my new friends outside of the classroom were robust... My friends became my teachers — a true Oberlin education.”