I went to Oberlin to find peace. Instead, I found a place that encouraged action. Even three years beyond graduation, Oberlin will push you, and push you, and it won’t stop. Ever.

Back in high school, I was the odd one out. The tall, awkward kid with no friends and a bad haircut and braces, who would rather paint or talk poetry than play football or soccer. I was also one of the three out queer kids at school, further ‘othering’ me from my classmates.

I thought that by going to Oberlin — the farthest school from my hometown that I had a chance of getting into — I’d be able to finally find peace, find a tree I could sit under and read, looking out over cornfields, or something equally idyllic and unattainable. I thought I’d be content to live in my head, away from everybody else.

Things didn’t end up that way for me, and I couldn’t be more grateful.

The friends I made turned out to be incredible nerds, complete geeks, absolute freaks, and they were all so involved and in love with what they were doing. No matter what it was — circus performance, metallurgy, writing or computer coding, not to mention crusading for gay rights, civil liberties or political causes — everyone on campus was absolutely enthralled with the power that Oberlin gave them. They had stars in their eyes. It was transcendent. This power was a feeling on campus, a desperate voice, bubbling under the surface.

“Do something,” Oberlin said, “For the love of Christ, get off of your ass, just go and make something.”

“Seriously,” it shouted at all of us, “stop being so passive. Go and act out.”

“Just do something. Anything,” it said.

And we all did.

When you’re an English major — four years of reading novels, poetry or essays — this exhortation poses an interesting question. What in God’s name was I supposed to do with myself?

I had no idea. I didn’t work on sustainable architecture. I didn’t study politics and could barely hold my own in a discussion about policy. I didn’t rebuild New Orleans after Katrina. Hell, I couldn’t even carry a tune.

But I could read and I could write, so I had that going for me I suppose.

At the time, I thought I wanted to be a teacher. Oberlin let me try that. That got me to where I am today: a journalist covering the Justice Department in Washington, DC.

Allow me to explain: while Professor Scott McMillin was on leave my junior year, I started teaching. Jenny Sage and I taught a class on the works of Henry David Thoreau through the ExCo program. We ended up talking about social action, social agency, a lot about how Thoreau campaigned for the people of Concord, Mass., a quietly liberal town but still very quiet, to Make the World a Better Place. Thoreau wrote in the broadest strokes possible, I suppose leaving the question as to how to actually improve the world open to each individual charged with improving it.

The way he put it resonated with me, a student at a college whose motto was “learning and labor” and whose posters said “Think one person can change the world? So do we.”

I can’t recall the exact language he used, but at the end of his essay “On resistance to Civil Government,” which we know as “Civil Disobedience,” Thoreau implores each reader, each member of society, to live their lives as best as they can, acting in their own individual way to improve the world around them. In so doing, Thoreau argued, the world en masse would improve itself.

Oberlin, right? Think one person can change the world? So did Thoreau.

Hell, so did I, after that.

Luckily, I convinced Professor McMillin to agree to mentor me for my honors project. I was scared beyond belief at the prospect of working with Scott. After I took his class, my sophomore year, I was convinced he was the next Buddha. He is brilliant, and it was an honor to work with him.

Scott kept his hands off my work, largely, and I spent long hours in my scholar study at the front of Mudd fretting over how to make Thoreau relevant to the year 2006. I ended up reading his journal, which he started when he was 22 — as old as I was when I started my thesis — and tracked fifteen years of Thoreau’s thoughts on what a Poet (the Transcendentalist term for anyone, basically, who wrote in the Transcendentalist mode) should do with his skills.

The poet, Thoreau said, should “make free.” In so doing, the poet would free people. On the page, the Transcendentalist writer idealized the world. Take that idealization and go improve the actual world, Thoreau said.

Go make something. Go do something, anything. Just make it count.

How could I be a teacher after I read that, and studied it, and came to believe it? By being a writer, I was given a gift. I couldn’t see myself behind a desk. I had a world to save.

So I became a journalist. As a reporter, I have the power to actually change the world. I can uncover corruption and expose it. I can discover things and show them to people, change the world by spreading knowledge. I covered several cities in the Boston area for about two years, writing about anything from drive-by shootings, to neighborhood fights over crackhouses, to city politics, economics, and art shows put on by former gangbangers. After moving to DC, I covered the Department of Justice. Just this week, I’m stepping into the next phase of my post-grad life, working for the Democratic Party using skills I learned as a reporter, researching Republican opponents in elections.

Will I do this for the rest of my life? I don’t know. I’m just starting the next step; I don’t know where it’s going to take me. I am scared, and thrilled, and moving forward. 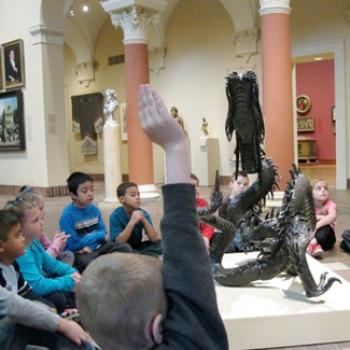 On a change in perspective 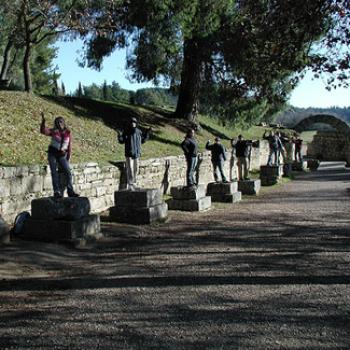 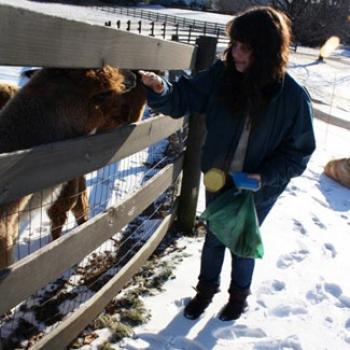