One of Oberlin’s best-kept secrets lies in the (thankfully no longer leaky) basement of Asia House, across from the Pyle Co-op kitchen. Every Wednesday, for an hour and a half, residents and co-opers coexist with traditional music from Indonesia: the music of a Gamelan.

Our Gamelan is a percussion orchestra from Java, Indonesia consisting of a set of tuned gongs, metallophones, and other elaborating instruments such as a spike fiddle called the rebab, a bamboo flute known as the suling, and the gambang, a wooden xylophone. What makes this fascinating, though, isn’t the instruments: it’s the Javanese mind frame performers must approach.

Everything in the ensemble is made of cycles, from tiny cycles like the lowly kethuk kettle gong that rings every two beats in a buburan form to massive cycles like the ringing of the gong every 256 beats in a gendhing. All of these overlap behind a “skeletal” melody played by the balungan instruments. Atop this, several elaborating instruments follow patterns and tell their own story of the balungan, all playing “faster” to the western ear. The Javanese concept of time differs as well, though. Instead of instruments playing “faster” or “slower, time is thought to stretch like molasses, allowing more of the melody in the same space. Faster instruments are instead denser -- instead of the music slowing down, it seems to open up.

I didn’t know any of this when I first started playing Gamelan though -- I didn’t even know we had a set until a composition teacher told me I should take the course for credit. I did so begrudgingly. I also began Yoga for the first time that same semester and noticed immediate similarities. Just as I began with simple poses in Yoga, I started playing balungan melodies. As I moved on towards more strenuous poses (the kind that you’d be embarrassed to do in front of your family), I moved onto bonang, my first elaborating instrument. Playing bonang panerus is a step up both mentally and physically: not only did I have to play four notes in the space of each melodic note, but the gongs were arranged in anything but a scale and I had to stretch my arms in all kinds of directions to play.

Three semesters later, elaborating instruments still work beautifully like Yoga. Instead of being “virtuosic,” like the entirety of my conservatory studies, the difficulty helps me begin to lose my identity in the group and let me center myself. It’s become a way of life for me, and changed the way I view everything around me. It brought me into contact with Shansi, a program promoting cross-cultural interactions between Oberlin and much of Asia. It helped me realize balance was the key to my personal success. Best yet, it changed the way I compose, and more importantly, the way I listen to everything around me. Gamelan doesn’t fall in the specific realm of the Conservatory or the College -- it doesn’t even reside in an academic building. But somehow it seems to fit in, next to the co-op and Asia House apartments: it’s something genuinely Oberlin, and a part of our everyday lives. 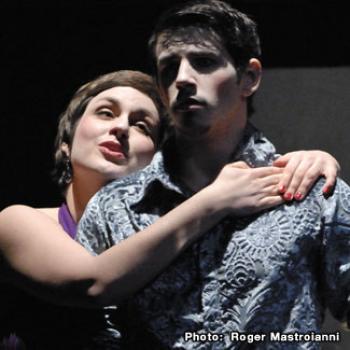 “It’s still hard to believe that as a lowly undergrad, I got the chance to play Poppea - opera’s earliest gold digger - and find the music that truly fits my voice.” 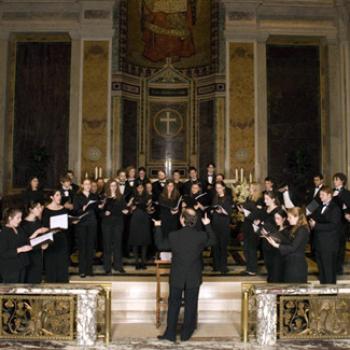 On singing with Collegium Musicum

“Monday and Wednesday afternoons, beginning promptly at 4:30 in Fairchild Chapel, were brief windows of respite from our otherwise whirlwind college lives.” 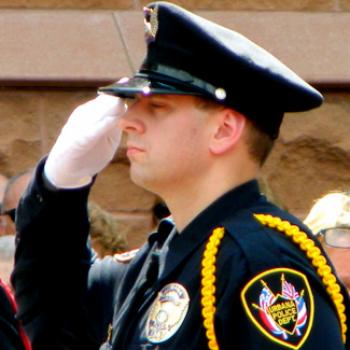