“In just a few weeks I met a number of students and community members who shared my passion for songwriting.”

Between my first and second year at Oberlin, I attended a summer songwriting workshop at the Berklee School of Music in Boston. While there, I decided I wanted to pursue songwriting and performing. It was something I had wanted to do for a while, but had not admitted even to myself until this program. My creative writing major was helping me in this new direction; however, I was not performing, taking music classes, or reaching out to other musicians.

Later in the summer I went to Chicago and met up with Kristin McFadden ’17 and Grover Neville ’17, two songwriters I met in my first year seminar Magic, Metamorphosis, and the Artistic Imagination. Though we had previously connected over our shared interest, we had not pursued anything together, so we tried to collaborate on writing a song. It didn’t lead anywhere, but we laughed a lot and agreed that we should work together more at Oberlin. By the end of the night, Kristin and I decided that we wanted to create a songwriting club.

That fall we officially founded Oberlin Songwriters, building our new community though a Facebook group, posters, and word of mouth. In just a few weeks I met a number of students and community members who shared my passion for songwriting. Together we hosted a few meetings, held songwriting workshops out of our dorms, and began the process to become an officially chartered organization.

Meanwhile, I pursued my interest in songwriting and performance on my own. I began performing at the Oberlin Farmer’s Market, and spent my winter term as an intern for the Center for New Music in San Francisco. I returned with new insights and skills to apply to the Oberlin Songwriters.

During the spring semester, as Oberlin Songwriters rose through the chartering process, I began creating opportunities for my fellow songwriters and myself. I booked a performance called “Three Songwriters” at Slow Train Café, inviting two other songwriters to join me. We each played a set of original songs, accompanying each other with our voices and our instruments. It was a huge success; we drew a large crowd to Slow Train and it prompted further performance opportunities, too. Later that semester, I performed similarly with two other songwriters, this time at the Cat in the Cream and did two solo performances: on Live from Studio B, a live-music radio program on WOBC, and at Oberlin Folkfest, our annual folk music festival. We crowned the end of the semester with an Oberlin Songwriters showcase at Slow Train, where 19 people performed original songs.

Since my decision to pursue songwriting and performance, I have immersed myself in musical experiences. Oberlin Songwriters has become officially chartered, and there will be regular meetings, workshops, and performances. In fall 2015, I’ll be a producer for Live from Studio B, focusing on audio engineering. Academically, I will be taking a Jazz Theory course and teaching a Songwriting Workshop ExCo (Experimental College course).

These great moments happened because I took initiative to build a songwriting community. Through this process, I have learned that clubs and ExCos are wonderful ways to create and contribute to the Oberlin community. Just about everyone here is passionate about something, and you might be surprised how many people share your passions — and what you can make together when given the opportunity. 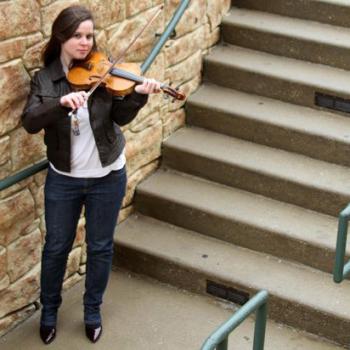 On founding Violin for Vasculitis

“I am more often labeled an “activist” than a “touring violin virtuoso,” [but] that doesn’t alter my goal. I am musically fulfilled through this project more than I ever could be as a healthy... 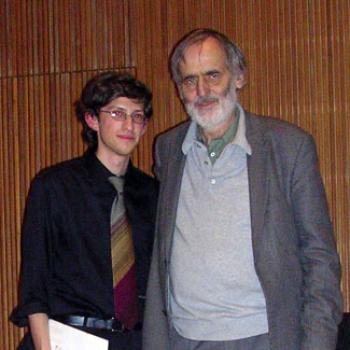 On working with composer Helmut Lachenmann

“Working with him was an opportunity of a lifetime, and I don’t think it could have happened anywhere else, at least not for a non-pianist like me.” 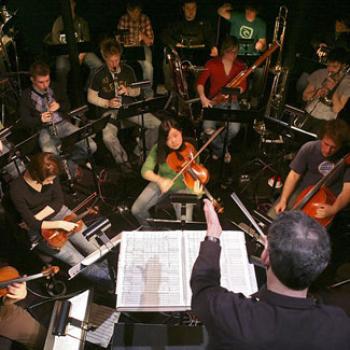 “In this new music, I heard nothing, only an ugly idiom that my ear could not, would not grasp... Then something happened that I’ll never forget.”