“As I accumulated more knowledge about the music, art, and history of hip-hop through my independent research, I started to think outside the dance.”

I have always been a bboy (breakdancer), whether I knew it or not. As a child, I remember attempting backspins on the floor from what measly tidbits I could gather from movies and music videos before the YouTube era. Even in high school, I took gymnastics in hopes of emulating the dynamic flips, twists, and poses that I would see these ‘bboys’ and ‘bgirls’ execute with nonchalant ease. Though I dreamed of achieving this level of superhuman strength and balance, it was not until I reached Oberlin College that I realized these hopes were within my grasp.

During my first year at Oberlin, I saw flyers and posters of the Street Performance and Rhythm Kollective (SPARK) strewn around Stevie and Dascomb. Immersed in my biology studies, it wasn’t until my second year that I mustered the courage to start attending the open classes headed by Kevin Moy ’10 and Alex Paik ’08. As I took my baby steps into breaking, something in my body locked into place. A dormant instinct in my nerves and muscles was suddenly awakened; I remember thinking to myself, “This is for me. This is me.” From that day, I have shaped my lifestyle, mentality, and identity around the hip-hop philosophy laid down by DJ Afrika Bambataa, which cultivates peace, love, unity, and having fun. The cultural sensitivity and open-mindedness of Oberlin’s student body allowed me to learn about and incorporate these aspects of hip-hop culture into my life.

As I later learned, bboying is only one part of ‘Hip-Hop Culture’ (the term ‘bboying’ also refers to bgirls). According to prominent MC and producer KRS-One, this larger entity is the collective intelligence of disenfranchised youth around the world, starting from the restless and impoverished children of the Bronx during the ’70s and ’80s. This was one of the most poignant things I discovered about hip-hop; it was incredible to me that these children created, out of poverty and neglect, something so beautiful and unifying. I was hungry to learn the moves and the reason behind the moves. Oberlin was the perfect place to do this.

I began by reading the wide selection of hip-hop-related literature in the conservatory library documenting the history and origins of hip-hop music. Modern dance, choreography, and dance writing classes forced me to become more aware of movement, space, and time. A semester spent practicing Capoeira Angola was like speaking a dialect of an ancient language that shared long forgotten roots with my own. My training as a biology major gave me the analytical mindset to practice relatively safely and maintain my physical well-being. As I accumulated more knowledge about the music, art, and history of hip-hop through my independent research, I started to think outside the dance. I began thinking more deeply about homophobia, racism, and gender inequality in the context of hip-hop culture. After spending more time in the hip-hop community, I saw first-hand how something that I loved so passionately did not always embody the ideals I had learned. At times it was troubling to think about these issues without ever coming up with solutions. Knowing that I could share and discuss my thoughts with fellow Obies, however, was comforting.

Identity and character are two features of bboying that are grounded in the knowledge of the foundation and culture of the dance. Oberlin produces multifaceted and critically-thinking individuals who can make connections across many disciplines; this intersection of immense creativity and intellectual curiosity provided a space in which I found my own unique identity. Oberlin allowed me to fully realize my passion, craft my identity in the context of hip-hop, and balance my ideals with a pragmatic worldview. 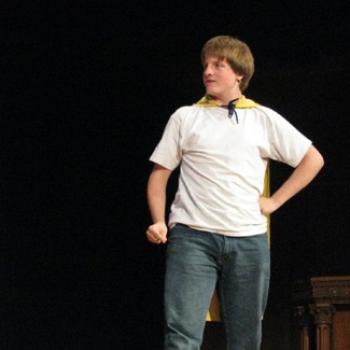 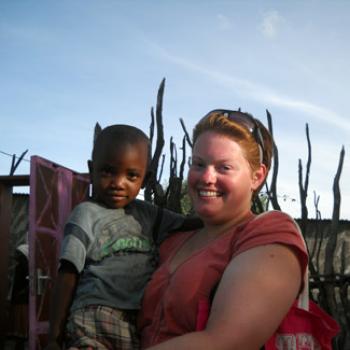 On the “best kept secret in the Midwest”

“Before coming to Oberlin, I had sworn off theater completely. In fact, I was done with performing in general. But looking back, I have no clue how I thought I could have gotten away with choosing... 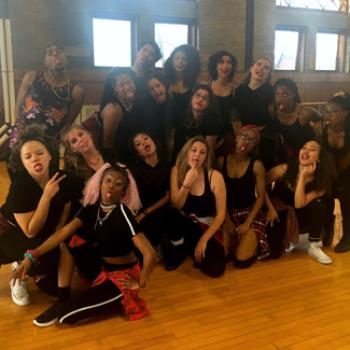