“I outlined my thesis on thirteen-mile long runs. I wrote my application essays on bus rides to races. My experiences as a student-athlete influenced my proposal to study high-school athletics during my Fulbright year in Russia.”

At noon on a blustery day late in November, I stood behind a white line painted on the grass in Hanover, Indiana. The nineteen-degree air bit at my bare legs and a sharp wind made my eyes tear. Next to me stood Joanna, the only other member of my collegiate cross-country team to qualify for the NCAA Cross Country National Championship race. In a minute, the gun would sound, and three hundred pairs of legs would dig into the frozen ground, eager to cover the rolling six thousand meters that led to another white line painted on the brittle grass.

Getting myself to this painted line had taken four years. I came to Oberlin as what my coach would call a “scared little girl.” I ran well but without confidence, I explored Oberlin but only tentatively, and I countered my ambition with a healthy dose of self-doubt. I thought I knew my capabilities and shortcomings, and I was happy to exist within the small pond I had made of my life.

Sometime during my sophomore year, that changed. I started to understand Russian, the language I took up as a first-year. My essays for English courses became more penetrating and insightful. I kept up with my teammates at practice, pushing at the limits my mind had imposed on my body. At an indoor meet in February I surprised everyone by running the school record for the mile. Although it was broken the next week, that race forced me to realize that my ‘small pond’ was a joke and it was time to seriously reexamine what I hoped to accomplish during my college experience.

Over the summer, I spent two months of intensive language study in St. Petersburg, Russia. It was my first time out of the country without my family, my first time living in a city, my first time training over the summer without the support and proximity of my teammates, who had and continue to inspire me in everything that they set out to do. Initially, I was terrified of everything. When my host father greeted me on the first morning of my home stay, I retreated to the bathroom because I forgot how to say “good morning.” I was embarrassed to go running because none of my fellow students understood why I would want to. However, those two months of discomfort and anxiety were crucial to my development as a student, a runner, and a person in general. I returned to Oberlin ready for the highest level Russian courses Oberlin offers, and also ready for the upcoming cross country season.

Skip ahead to September of this year. I was frantically writing applications for fellowships, researching literary theory for my English thesis, mentally willing Obama to win the election, and running. It was running that kept me together despite the whirlwind of senior year. I outlined my thesis on thirteen-mile long runs. I wrote my application essays on bus rides to races. My experiences as a student-athlete influenced my proposal to study high-school athletics during my Fulbright year in Russia. My personal statement is about racing at Nationals with Joanna.

Which brings us back to that blustery noontime in Indiana. I toed the line, confident in myself and buoyed by the overwhelming support and encouragement from my teammates, coaches, professors, housemates, and friends. That ‘scared little girl’ of freshman year was gone, frightened into nonexistence from four years of Oberlin intensity, adventure, and excitement. The report of the gun shocked my body into motion, echoing through the chilly air as Joanna and I embarked on the last cross-country race of my collegiate career. 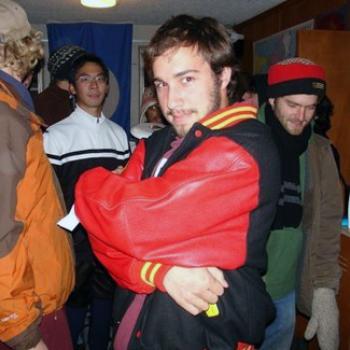 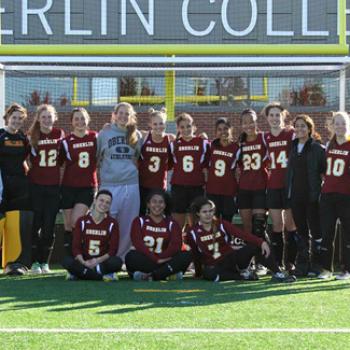 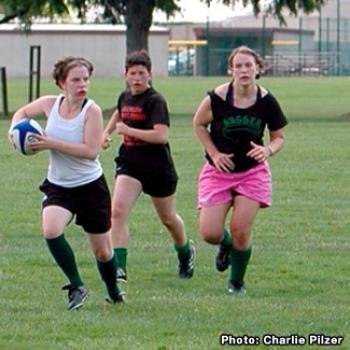