“Working with him was an opportunity of a lifetime, and I don’t think it could have happened anywhere else, at least not for a non-pianist like me.”

First things first - I’m not a pianist. Scratch that - I am a pianist, just not a piano performance major. If you put a Beethoven Sonata in front of me I’d probably flounder trying to play it. I can’t really handle things like scales and arpeggios, which pretty much rules out my playing most Western classical piano music. Fortunately, as a composition major, I’m not interested in playing most Western classical piano music. I’m interested in playing contemporary music, which is to say contemporary classical music, and when I work hard enough at it, I’d like to think I’m pretty good at playing that music.

That’s how it happened last May when the composer Helmut Lachenmann was in residence at Oberlin for a week. I had mentioned my interest in getting involved with the residency to Lewis Nielson, my composition teacher, in the fall, not really expecting to be taken seriously as a performance resource when there were plenty of more capable piano players floating around the Conservatory. Lewis ran with it, though, giving me copies of three of Lachenmann’s solo piano pieces to look at. I decided to work on two, Echo Andante and Ein Kinderspiel.

I began working on the pieces during Winter Term, hoping to make substantial progress on them before the semester started. Ein Kinderspiel didn’t turn out to be all that difficult. It’s a series of seven short movements which, if not written specifically for children, certainly weren’t written with the most virtuosic of pianists in mind. Echo Andante, on the other hand, was quite difficult. I nearly gave up on it many times, but I worked at it and stuck with it. In the end I was still learning the last few pages a week before Lachenmann arrived. The piece required a lot of precise coordination and an attention to detail that, frankly, is not required in most traditional piano music. Play a chord, sustain certain notes of the chord, catch those notes in one of the pedals, play another chord, release the pedal, silently depress a few keys (so those strings will resonate when more notes are played), catch the silently depressed keys with one of the pedals, play another chord, etc, all with very careful dynamic control. At times I felt like I was learning choreography rather than music.

I should explain - Helmut Lachenmann is a pretty big deal, though unfortunately his music isn’t often heard outside of Europe. Still, I think it would be safe to say that he redefined music for a whole generation of composers. He uses instruments in highly unconventional ways, making sounds available that were unheard of before he came along. He has opened up whole new possibilities of what music can be and how it can be structured. We played eight of his pieces spread out over three concerts for his residency.

While Lachenmann was in Oberlin I got to carry his suitcase, go out to dinner with him, have a beer with him, show him my own music, work with him individually on his, and, of course, perform his music with him in the audience. In the time I spent with him I learned a lot about how he thinks about music, which is invaluable to me both as a composer and a (sometimes) performer. Mostly I learned about giving the music time to be heard. When you craft sounds as carefully as Lachenmann does, you need to leave time for them to be perceived by the listener. Speaking about how to pace Echo Andante he said to me, “When in doubt, just remember: Herr Lachenmann says Wait!” Working with him was an opportunity of a lifetime, and I don’t think it could have happened anywhere else, at least not for a non-pianist like me. 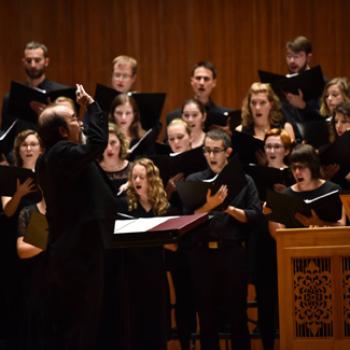 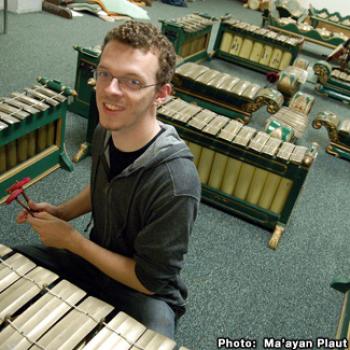 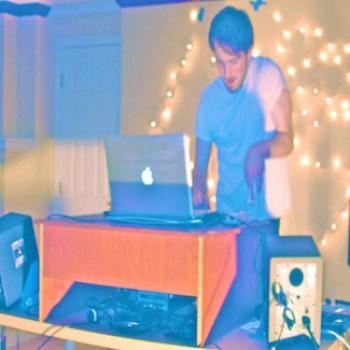