“They were friendly, loud, crazy, and nerdy. Furthermore, they were welcoming, encouraging me to participate despite my complete lack of knowledge of the linguistic origins of Tolkien’s Elvish language.”

Last March, I made a gamble. I decided that, whatever the consequences, I would spend my sophomore year living on the Science-Fiction/Fantasy Hall (henceforth referred to as “Hall"). At the time, I lived on the same floor as Hall, meaning that I was already spending a lot of time with the folks who lived there. I found these people to be exactly the type of community that I wanted to be a part of at Oberlin. They were friendly, loud, crazy, and as nerdy as I was (if not more). Furthermore, they were welcoming, encouraging me to participate in their games and community despite my many failed attempts to play video games and my complete lack of knowledge of the linguistic origins of Tolkien’s Elvish language. Yet I worried that I would not be able to fully become a part of this quirky community, and that living with forty of what would become my closest friends would be detrimental to my schoolwork.

I first hung out on Hall a few weeks into my freshman year. There was a LAN party happening in the small second-floor lounge. Several scruffy-looking young men sat at computers, destroying each other’s virtual characters in a colorful digital world. I was intimidated, but it looked like fun, so I brought my laptop into the lounge with me and quietly asked if I could play. From their looks, I expected them to stare at me, perhaps grunt, and then ignore me. Instead, I was met with overwhelming friendliness and support. They offered to set up my computer, lent me hardware pieces I was missing, and taught me how to play. They encouraged me, and even attempted to convince me that I was not the worst player they had ever seen, despite the fact that when we played, most people ended the game with scores of around fifty, and mine was a whopping negative seventy-two. Looking back now, it might even have been this first encounter that made me want to live on Hall.

Hall is unique: it’s both a close-knit community and very open to outsiders. On one hand, we have our own jokes, our own version of the English language, we debate such things as the legitimacy of vampires as a sub-genre, and we even travel in packs. All of this might seem exclusionary, but I can’t even count the number of times that I have seen someone from Hall drop everything they were doing to help a stranger navigate our odd X-shaped dorm, to help someone fix their computer, or even to explain the intricacies of the cephalopod brain to random passers-by. We like other people; we want to educate them on our subcultures and the things we are passionate about.

Like any community, Hall has problems. We have drama, we can be loud and messy, and we can, unfortunately, be intimidating to others. But, we work as a group to fix these, and I think we’re making progress. We hold bi-weekly Hall meetings to address any issues and suggest program ideas. These meetings have been surprisingly effective, and it is always fun to see college students step out of their normal identities and act as mature, problem-solving adults. I have high hopes that the coming semester will see Hall becoming more functional than ever before.

My gamble paid off. I joined a group that appreciates my idiosyncrasies, and accepts me all the more for them. I have become a more confident person as a result of living on Hall and interacting with the characters here. I have even managed to pull my GPA up, despite the constant distraction of friends, because of the support that these friends have given me. It has been a great experience to be a part of, and help improve, this Oberlin establishment. 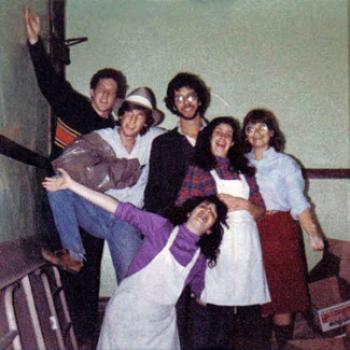 “There I learned to cook--my first meal of macaroni and cheese lathered with rum extract was not a hit, but later my Thanksgiving turkeys basted with beer and oranges were!” 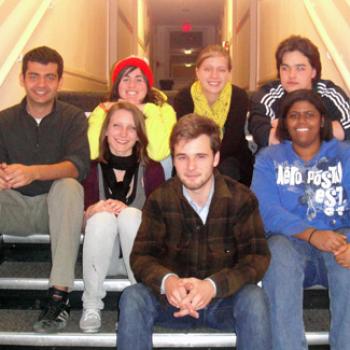 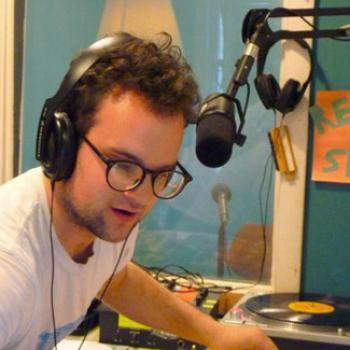