“...it’s not just about tenuous links with some people you eat lunch with at school and sometimes see on weekends. It’s about strong relationships with people who actually care and support you through any situation.”

Before starting college, even before I knew where I would actually be going to college, I was very concerned about how I was going to make friends. I knew I would be able to handle my academics and join a club or two, but I wasn’t sure how I was going to find the people with whom I really clicked. My friendships in my pre-college years were, well, tumultuous, to say the least, and I was worried that all of my relationships in college were going to be made up of just a bunch of acquaintances. I knew that I was social and outgoing, but how was I going to translate that into forming real friendships in a completely new environment?

I arrived at Oberlin for Orientation and quickly bonded with my roommate, as it turned out we both had the same concerns. As we attended all of the orientation events, we kept saying to ourselves and to each other, “Ok, we need to mingle now...” only to stand there awkwardly trying to figure out how best to mingle. We usually ended up talking to a couple of people, doing the usual “Hi, what’s your name, where are you from, what do you think your major will be, etc.” conversation. And then we would all disappear into the crowd of nervous first-years, and my roommate and I would have to start the mingling all over again with new people.

As we waited outside of Finney Chapel for another Orientation event, we again told ourselves that we had to mingle. So we turned around and started talking to the three girls standing together behind us. One of these girls was someone named Liz. We chatted and ended up sitting together during the session. We made plans to go to the gym together. Next thing you know, Liz and I are hanging out all the time and she’s essentially the third person living in my little room in Dascomb Hall.

Since then, my friendship with Liz has evolved to be more than just best friends—we’re much more like sisters. Liz visited me at home during the summer after freshman year; we became roommates for sophomore year; she lived with me the summer after sophomore year, when we had internships in D.C.; we lived together for first semester of junior year; after a semester of being apart while I studied in Ghana and she in India, we’re back together again, living at my home outside of D.C. for another round of summer internships; and we will be living together in a house in Oberlin for our senior year. A lot of people think we look alike and some people get us confused since we spend so much time together. Our friends often refer to us jointly as “Meliza” and my parents sometimes refer to Liz as their “other daughter.” We can go to each other with anything, whether it be happy, sad, exciting, scary, hilarious, mundane, or whatever, and I know that we will always be there for each other in any situation.

Before coming to Oberlin, I didn’t know that it was possible to have friendships like this. My friendships with Liz and with all of the other people that I have grown to love over the past three years at Oberlin have shown me what real friendship is. It’s not just about tenuous links with some people you eat lunch with at school and sometimes see on weekends. It’s about strong relationships with people who actually care about you and support you through any situation. And forming those strong relationships can happen anytime, anywhere, despite whatever worries you may have.

Sometimes Liz and I have cheesy moments when we say things like, “What would life be like if we had never met each other?” There’s obviously no way to know the answer to that, but let me tell you, I am certainly glad that we did. 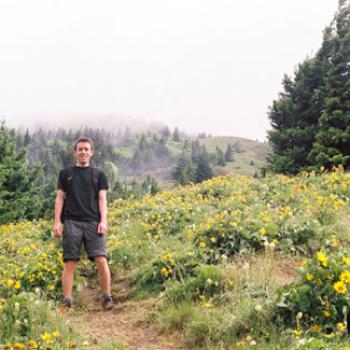 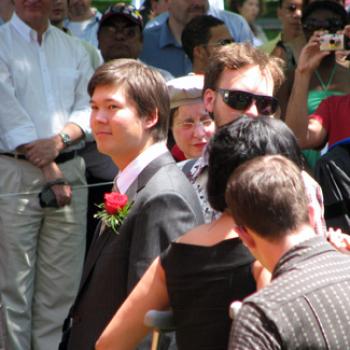