I arrived in the Paris airport absolutely terrified and convinced that I had no business trampling all over the beautiful French language. I had made it through the eight-hour plane ride and with the very first airport announcement that passed me by without my slightest comprehension, I began to recognize the depth of my own ignorance. I’d been overseas before, but never by myself, and never with the intention of speaking a language that wasn’t my own. The plane ride had been easy enough, but now I had to find the driver for Alliance Française, the man who would take me safely to the sleepy Normandy town of Rouen, where I would spend my very first winter term.

I had come to believe through my many (slightly neurotic) e-mail exchanges with the secretary of my program that the driver would be very easy to find, presumably waiting politely in a beret near the exit of the airport, drinking a glass of wine and holding a sign that said “Mme MacDonald". This was not the case. Obviously. It was getting dangerously close to my meeting time, and there was no driver in sight.

My stubbornness, unshakeable even in the worst of times, told me that I wasn’t going to come all the way to France only to chicken out and speak English, so I found a man who looked like he knew what was going on, and tried out my shaky French: “Excusez-moi, monsieur, mais je dois aller à Roo-en. Pourriez-vous m’aider?” (“Excuse me, sir, but I need to go to Roo-en. Could you help me?”).

In his blank stare, I saw my certain, impending doom. This had all been a terrible mistake. Did I just insult his mother by mistake? Was that painfully halting phrase even French? And then, a miracle: “Euhhh, pardon? Qu’est-ce que vous cherchez?” (“Ummm, huh? What are you looking for?”). There was hope. The grammar seemed to be mostly good. I tried once more. “Ummm, Roo-en?” - blank stare - “Roo-ahn?” - puzzled blank stare - “Roooon?” I resorted to my pen and paper, suddenly panicked that maybe Rouen didn’t really even exist. The kind French gentleman glanced at what I had written, exclaimed, “Ahhh, hhwrooahn!” and gave me a sympathetic smile. We both knew I had a long way to go.

Of course, I did make it to hhwrooahn (Rouen). There, I confirmed that my lack of knowledge about the world was, indeed, immense. I had imagined that my host mother would speak to me with a kindly French accent and look a bit like Juliette Binoche. She did not. In fact, she had neon pink hair, wore brightly colored vintage clothes and seemed to collect every plastic knick-knack that had ever been made. She didn’t speak a word of English. Neither did anyone in the service industry. A few days after arriving, I politely told a waiter that I was a vegetarian and asked him if there were any sandwiches that didn’t contain wine (wine = vin, meat = viande). I got lost without fail every morning on my way to school for the first week, and arrived panting and sweaty as a result of my attempts to be on time. I failed any and all attempts to board a train (or a bus, or any other form of public transportation) without being scolded by the conductor. The list goes on.

What I did not expect on that first day in the airport was that I would survive. In fact, I would thrive. Everywhere I went, I learned. A lot. Not just at class, but at my host mother’s apartment, in the cafés, in the wobbly, narrow streets that filled the city. I didn’t expect that I would come to view Rouen not as a winter-term destination, but as home. I didn’t know that it would quickly become my city, that I would smile upon every cracked statue and hidden treasure with a fond sense of belonging. I certainly didn’t imagine that I would come to find a soul mate in my pink-haired host mom. We shared long evenings full of laughter, philosophical musings, and poignant conversation, all at 50 percent speed to accommodate my broken French, but every one as meaningful as any exchange I had in English. She quickly became like a second mother to me, one who still sends me presents on my birthday and writes me e-mails about “my” crazy American politics, a friend I visited for all of the next winter term and the following summer.

There was certainly a lot I didn’t know when I got off that plane in the Paris airport. If my time in France taught me anything, though, it’s that there’s a certain beauty in not knowing. It allows for more room to grow and more eagerness to fill whatever empty spots there are with new experiences. When I left France — heartbroken, spending my last few days considering how to con my way into a permanent visa — I went from one sleepy winter town to another. Back at Oberlin, I realized that my journey hadn’t really ended. There were just as many things to explore, just as much room to grow. With time, and a few more visits to my host mom, I came a long way from that terrified girl in the airport. Like her, I am constantly faced with the immensity of all the things I do not know. Now, though, I am always excited to learn. 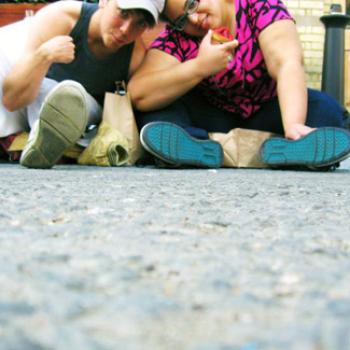 “Even though there were days when I missed my family and friends so much that it hurt, days when I thought that another rainy day would drive me up the wall, I would not trade my experience for the... 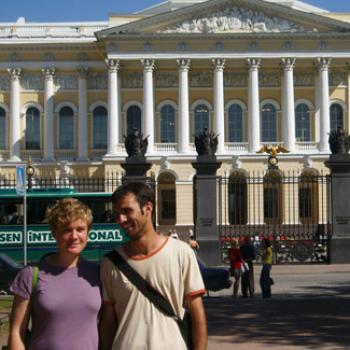 On falling in love in Russia 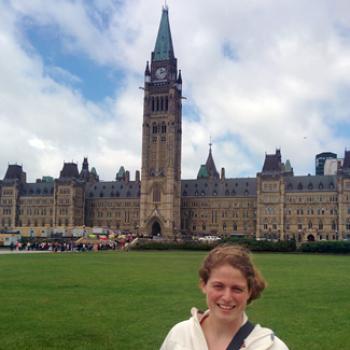