“Watching my daughter ... study with many more than one woman professor in the sciences, and not be constrained in her choices of what was to come after Oberlin, I realize that the Oberlin tradition of firsts has brought change to the world.”

In the fall of 1972 I started my first year at Oberlin and joined the Women’s Tennis Team. Our coach was Toni Renfrow, wife of Chemistry professor William B. Renfrow. The Renfrows were avid tennis players and he often joined us for practice, running us back and forth across the baseline while barely increasing his heart rate with the effort on his side of the net. Neither of them had been trained as coaches and that’s just the way it was at Oberlin then.

Also in 1972, Title IX of the US Education Acts was passed which stated that, “No person in the United States shall on the basis of sex, be denied the benefits of, or be subjected to discrimination under any education program or activity receiving Federal financial assistance.” This sent colleges across the country scrambling to ensure that they maintained their Federal funding, and it wasn’t long before the Women’s Tennis Team had a professional coach. She hadn’t played as much tennis as the Renfrows had, but she was on the coaching staff of the college and we were “official".

At the time there were the “good” courts and the “old” courts at Oberlin and one of the benefits of Title IX was that the men’s team had to allow equal access to the “good” courts for the women’s team; we traded off from week to week for practice sessions. The women also started getting access to training table meals before matches, but after a couple of meals of shoe leather steaks, we decided we were better off with the regular fare in Dascomb. We also wore buttons that said, “We don’t need balls to play.” None of this sat particularly well with the male athletes, nor with the coach of the men’s tennis team, Professor Robert Piron.

In September of 1973 we returned to campus for the second year of Title IX and appropriately the year started with the famous “Battle of the Sexes” tennis match between Billy Jean King and Bobby Riggs. Riggs had contended that women were the weaker sex and that no woman could defeat a professional male tennis player. Billy Jean King proved him wrong with a straight set victory: 6-4, 6-3, 6-3. The Oberlin men’s and women’s tennis teams watched the match together, hosted by Professor Piron at his apartment. This gracious invitation from Professor Piron may have signaled grudging acceptance of the new reality for Oberlin sports.

I suspect that women competing for Oberlin today would find some of our stories to be a bit quaint - we provided all of our own shoes and equipment, but theirs are provided by the college. Conditioning consisted of jumping rope on hard asphalt courts and no one even thought about weight training. While the locker room facilities in Philips are still not the greatest, they do have laundry service and more space than we had in the 1970’s. The women now have access to trainers and professional coaches and no one questions their right or ability to compete.

The use of the tennis team as an example of our Oberlin experience may seem trite in the context of broader issues of gender equity, but this was an era of tremendous change in the U.S. and these were visible signes of change in our little corner of the world. During our time at Oberlin the Roe v Wade decision was handed down by the Supreme Court, women began entering graduate and professional schools at a higher rate, and Our Bodies, Ourselves was a standard campus handbook. There are days 35 years later when it doesn’t feel as though we’ve come very far, but watching my daughter navigate athletics at Oberlin, and study with many more than one woman professor in the sciences, and not be constrained in her choices of what was to come after Oberlin, I realize that the Oberlin tradition of firsts has brought change to the world. One thing that has not changed is the Oberlin tradition of education in relationship -- our evenings of discussion and fun at the homes of the Renfrows and Craigs and Levins and Brummetts and Pirons of Oberlin are continuing with the current generation of faculty and into the alumni community as well. 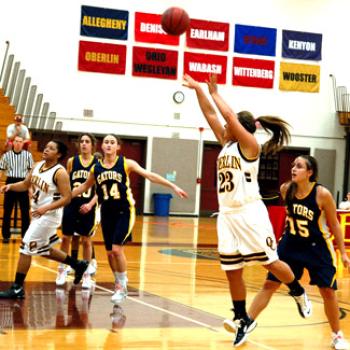 “For the past week, I’ve had to sit out from the Yeowomen’s Basketball team with a sprained ankle. Being unable to play or practice has only intensified my passion for this sport. Now, I crave... 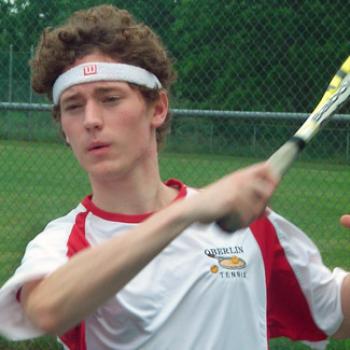 On being a member of the men’s tennis team

“When I look to the court next to me and see a teammate fighting hard, I am motivated to give it that extra ounce of effort. We are all striving to reach the same goal.” 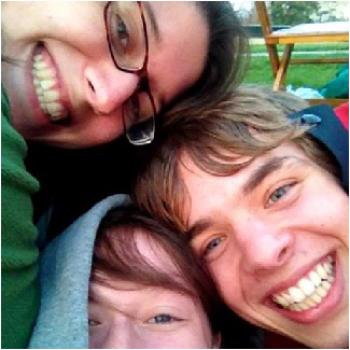 “Our relationship began with laughter and silliness, and Kelin has been my dorky big sister away from home ever since.”