My selection as an Oberlin Shansi Rep to Indonesia came as a surprise to many, and no one more than me. The truth is that I had never shown much interest in Asia. At Oberlin I was preoccupied by other things, mostly American politics and the government’s assault on student financial aid. After ten months of full-time politicking in Washington, I returned to Oberlin for my senior year deeply disenchanted with Ronald Reagan’s America. I wanted to do something else, and to be somewhere else. A friend encouraged me to apply to Shansi. It was the luckiest of lucky breaks.

Before I boarded the flight to Jakarta in September 1983 I had never been outside of the United States. Two months of language training in Athens, Ohio had given me a vague idea of what to expect in distant Java. Amrih Widodo, my Indonesian teacher and subsequently mentor to and friend of many Shansi Reps, told me that Indonesia would give me more than I would ever be able to give back. He was certainly right about that.

Still, I was totally unprepared for the crush of humanity at Jakarta’s Halim Airport, and the scrum of touts that pounced on me and my luggage as I emerged from the terminal doors. Somehow I managed to get to the Menteng Hotel, where I witnessed an oversized rat execute a bellyflop into the hotel pool. That night I wondered if I had made a huge mistake.

I hadn’t. Yogyakarta in the early 1980s was the perfect cure for disenchantment of just about any kind. Already a big city population-wise, Yogya still retained its older ways and rhythms. Bicycle traffic had not yet succumbed to the onslaught of motorbikes and cars. Afternoon naps and early evening baths were de rigueur. The Ambarukmo was the swankiest hotel in town, but it, too, was fraying at the edges. Yet surrounding this unassuming Javanese city were, and are, some of the most spectacular sights in the region. Mount Merapi, an active volcano and mainstay of Javanese mythology, is visible on the northern horizon. Further to the northwest are the 9th-century Buddhist temple Borobudur and the ethereal Dieng Plateau. To the east is the Hindu temple complex of Prambanan. The beach and the Indian Ocean are just a short ride to the south.

Yogya itself was a city of simple pleasures. Many an afternoon swim was followed by an evening of fried noodles at the Bakmi Gadjah Mada, or gudeg on Jalan Malioboro. Most of the international volunteers and teachers in town had moved from the institutional housing provided by the university to the kampung on the road to Kaliurang. There we enjoyed cool tropical evenings under the banana trees and environs that at least felt more authentically Javanese. As Shansi Reps our main responsibility was to spend a few hours each day teaching English to bright and highly motivated Gadjah Mada University lecturers preparing for overseas study.

Most memorable for me were the discussions held late into the night with Yogya’s scholars, writers, artists, activists and con artists, groups among which there appeared to be a considerable amount of overlap. The regular venue for these impromptu meetings was the home of Bakdi Soemanto, a writer and lecturer in English literature who eventually spent a year in Oberlin as a Fulbright Scholar. Bakdi’s intellectual energy and taste for the absurd turned these sessions into a cross between a graduate seminar and an episode of Monty Python’s Flying Circus. Earnest discussion of Saussure was interspersed with gossip about senior military figures, the latest supernatural experiences of the local mystics (mostly Javanese Jesuits) and trenchant criticism of the work of anyone who didn’t happen to be in the room at the time. All was fuelled by coffee, jasmine tea and kretek cigarettes (nothing stronger) and punctuated by Bakdi’s thunderous laugh.

We translated Langston Hughes into Indonesian and Javanese poems into English. I agonized less about American politics and began to read about development. A local teacher’s training college traded access to books in exchange for a few hours of teaching per week. The catalogue was patchy, but I was starting from scratch. Barrington Moore was a revelation. Fellow Shansi Rep Jeffrey Winters (’82) and I tested our theories out on one another, first in Yogya and then through the post after his return to the United States and Yale. Twenty years later we co-edited a book on the future of the World Bank (Reinventing the World Bank, Cornell University Press, 2002), based partly on our subsequent experiences in Indonesia.

I spent the fall of 1985 in Oberlin as a Returned Rep, but I couldn’t wait to get back to Indonesia. A Fulbright studentship paid my way to Jakarta, but I spent most of my time stringing for the wire services. When my editors told me to stop explaining and start reporting, I decided it was time for grad school. After a few years at Cambridge University it was back to Indonesia for fieldwork. I met new Shansi Reps John Kurtz (’88) and Peter Riggs (’85), still close friends and occasional co-conspirators. John and I still laugh about the time he came to Jakarta from Yogya on the night train, borrowed my shoes and embarked on his international business career.

In the years since, I have moved between academia and development work in Southeast Asia. My wife Huong and I met in Vietnam in the mid-1990s. Now we have three boys, our own young citizens of the universe. We spent six years in London and then returned to Hanoi, where I worked for the United Nations Development Program. From there I joined Harvard’s Vietnam Program in Ho Chi Minh City, teaching development policy to bright and highly motivated Vietnamese graduate students. In many ways I am still a Shansi Rep. I am still enchanted by Southeast Asia, a part of the world that has given me more than I could ever give back. My closest friends are still former Shansi Reps and other permanent or occasional exiles. For me, Shansi was the luckiest of lucky breaks. 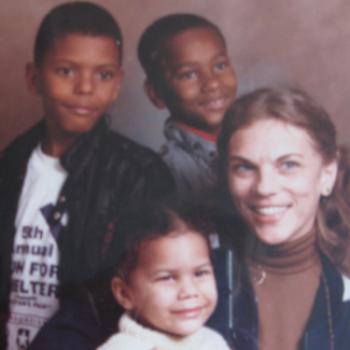 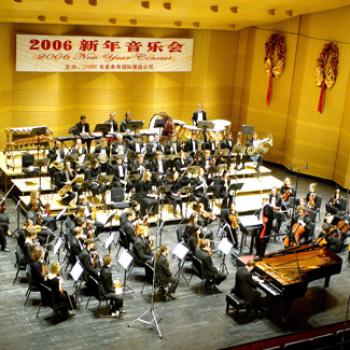 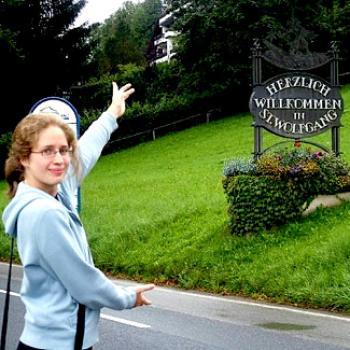