There isn’t much that I remember from Orientation. I’m not entirely sure that there’s much that anyone really does want to remember, but I do recall having exceptionally painful social anxiety, introducing myself to countless faces that I couldn’t place to names (yet, of course; Oberlin has an uncanny way of having paths cross multiple times). I felt lost, confused, and already homesick for the familiarity that many of my high school classmates had as they started college at primarily the same university. I wanted to be different, and for much of Orientation I questioned exactly why.

It wasn’t until the Many Voices panel that I came across a student with a brazenness that was too much to ignore. I read his biography that said he was a member of the Filipino American Students Association (FASA), which, as a Filipina myself, piqued my interest. I was missing home so much that even the slightest reminder of it seemed promising. Later that week, I found myself awkwardly sitting around the five other active Fil-Am students of Oberlin College.

I won’t lie; that first meeting was weird. It was apparent that they all knew each other really well, and I almost felt like I was intruding on years of camaraderie as the only first-year. After the meeting, I wasn’t too sure if I would even go back, but the chair at the time caught up with me later that day. He apologized if the group seemed anxious, but they were really excited to welcome another Filipin@ on campus. “There aren’t very many of us,” he joked, “but it’s like our people. We’re small, but resilient.”

I gave him the benefit of the doubt, and helped with the upcoming banquet for Filipino-American Heritage Month. The group encouraged me to start learning the ropes of student organizing, so the chair walked me through getting catering from the one local Filipino restaurant in northeast Ohio. I took a deep breath and called in the order, only find that they were swamped with customers and we would have to call them back in less than an hour.

I felt nervous at the thought of having to spend an extra 30 minutes with a third-year that I barely knew, but in no time at all I started having what felt like the first real conversation that I’d had since I entered Oberlin. At first we talked about classes and the transition, but I eventually began to share my apprehensions and concerns about moving so far away from home and being Filipino. As we sat in front of Mudd Library for what was initially supposed to be a 10-minute phone call, the sun fell and the night settled in and our exchanges didn’t end until it was too late to stay awake.

It was through this conversation that I was first introduced to the most important organizations, and by extension the people, that would fill my heart, mind, and soul while at Oberlin. I joined the Asian American Alliance, where I was able to further detangle issues of identity; Third World Co-op, where I learned how to feed a 35 person family in addition to my activist spirit; and Colors of Rhythm, where I could express these discourses through performance. Most of all, I began to work, laugh, and grow with people who would mold me into the person I would become in my time here.

I never really understood how this seven-odd group of students became such an integral part of my life. What started as scooping out rice and adobo at an annual banquet and an occasional meeting became friendships that I would seek out to do much more than talk about race and ethnicity. We played Super Smash Bros., made music (#FASAband pictured here during our performance at the Asian Night Market), and gushed over the next new Filipin@ who may be interested in joining our organization. As a majority of our members graduated this past year, it has been jarring how much I feel like pieces of me are now scattered across the globe.

Oberlin is not an easy place to get used to. But it’s genuinely the people that made this once foreign land turn into an unexpected home. There were never very many FASA members throughout these past semesters, but we were what the past chair classified us as: resilient. The relationships that I have established with each and every member make my heart feel so full. All of us were and are so different. We each occupy distinct corners on campus, and I doubt we would have ever interacted if not for the commonality of our heritage.

But FASA isn’t just about being Filipin@ American; that was just the basis of it. It is about fostering a community that has a shared history in order to understand our presents and help direct our futures. It makes sense to me, now, why I felt so helpless that first week of Orientation and why I began to question why I even ventured out to Ohio in the first place. It was because I was longing for a sense of shared experiences as I became acclimated to this new home. With the support of FASA, and all of the amazing organizations that it put me in touch with, I gained clarity in terms of my uniqueness and why I belonged in Oberlin, even if at times I felt like I did not. FASA made me embrace my endless need to be different. We’re all just a group of kids trying to figure out how we each can be extraordinary in this very complex world. And at the end of the day, this ragtag group of exceptional people somehow became my family. 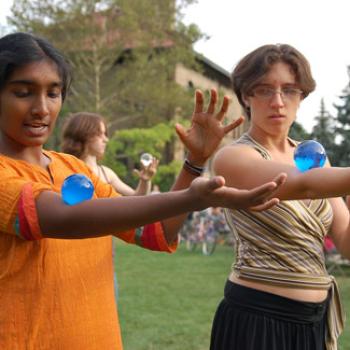 “Circus stood for the things I valued: inclusion, family, daring, theatre without drama, strength, flexibility, clumsiness, music, love. If anyone asked me what I cared about, circus would be one of... 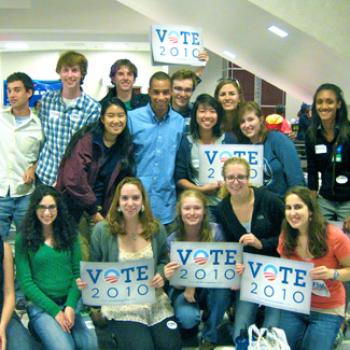 “it is a collaborative organization that seeks to educate students and community members and promote political action, no matter which side of the aisle a person happens to fall in.” 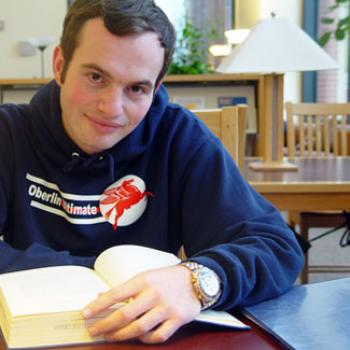 “Students take active roles in all levels of the Oberlin administration, help determine the courses that are available for students to take, and help make hiring decisions.”