“Oberlin taught me to view the natural world with wonder and curiosity, and gave me the tools to pursue that curiosity in a systematic way. This isn’t to say that Oberlin turned me into a data-loving robot ... the other thing I became is a better person.”

My story begins during my junior year at Oberlin, but the beginning takes place at another small college, one where my brother is now a student. Ben was applying to colleges and had asked me to come visit this one (which will remain unnamed) with him. I introduced myself when we met with one of the directors of the honors program:

“Oh, I know all about Oberlin. It’s actually a lot like this school.”

“Well, there’s one key difference. Young people go to Oberlin to find themselves - “

I nodded eagerly, basking in pride.

“ -- and they come here because they’ve found themselves.”

I sulked in a chair while my brother wowed the administrator and secured his spot in the next year’s freshman class. It turns out that Ben loves his college, where he is indeed studying with other focused, competitive mini-adults, many of whom get great job offers before they even graduate.

The “finding themselves” comment, which is now a favorite family anecdote, miffed me at first, but I’ve come to realize that it is both an authentic and flattering statement about Oberlin. Indeed, my Oberlin story could be about a lot of things I did at Oberlin: wetlands research, contra dancing, coming out to my family, or participating in the creation of a “Martha Stewart Autumn Harvest Special Meal” for Pyle Inn co-op. But I think my Oberlin story is more about the man I became at Oberlin.

At most schools, everyone has to take at least one science class. At Oberlin, I became a scientist. Almost every semester, I was out in the field: wading through a frozen marsh to get water samples, vacuuming mosquitoes out of a net so I could grind them up and test the resultant mush for West Nile virus, or extracting crayfish from rocky riffles of the Vermilion River. The data these efforts provided my project groups with was often incomplete, hopelessly noisy, or inconclusive. But such obstacles do not deter Oberlin professors! Each project culminated in statistical analysis, a presentation to classmates, and usually a paper. Somewhere along the way, I became addicted. Oberlin taught me to view the natural world with wonder and curiosity - and gave me the tools to pursue that curiosity in a systematic and quantitative way.

This isn’t to say that Oberlin turned me into a data-loving robot. Because the other thing I became at Oberlin is a better person. This happened piecemeal. One big moment was when, during my second semester, John Petersen spelled out for my “Environment and Society” class what the consequences of global warming would be for the poorest and most defenseless people of the world. Another was when my first boyfriend and I went to an AIDS march in Washington D.C. I learned responsibility from my fellow co-opers and joyfulness from my chocolate-loving, guitar-playing roommate. I learned how to bake bread from one lab partner and ran the Cleveland half-marathon with another. I played Barber and saw Odetta. I read Nietzsche, Foucault, Marx, and Arendt for the first time (and liked it!). I got really, really muddy. And I grew up a lot.

Oberlin really is a place for young people to find themselves, and though I think that says something about the institution, it says more about the people who live, work, and study there. These people constitute a unique community poised between potentials and hopes. What goes on in between the two is something very, very precious. 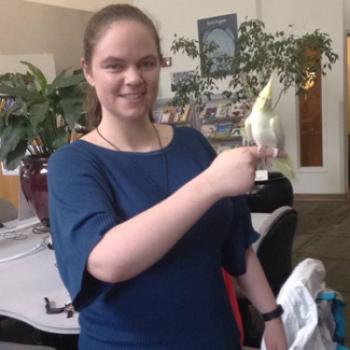 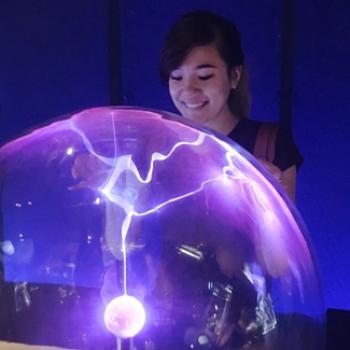 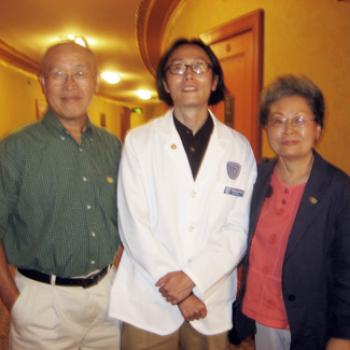 On being a life-long learner

“The same crackling energy I felt at Oberlin when immersing myself in new learning I now feel in medical school... Once again, the academic rigor I acquired at Oberlin lights my path.”