“Once I got over the fact that I could fit a few Hansels and Gretels inside the oven, it was just like any other kitchen, just larger and more awesome.”

As an incoming first-year I signed up to dine in OSCA, the Oberlin Student Cooperative Association, and chose to eat in Fairchild Co-op. Co-ops hold elections for special jobs within the co-op at the beginning of each semester. Beyond basic cooking and cleaning jobs, each co-op needs administrative people, food buyers, and people to make granola, yogurt, and other foods. As a new co-oper I was intrigued by the bread maker position. I’d never made bread in large quantities in a big commercial oven, but I was enthusiastic to learn. Just a couple of weeks into the semester I became one of the people responsible for providing bread to the sixty members of the co-op.

The commercial kitchen wasn’t as scary as I initially imagined it would be. Once I got over the fact that I could fit a few Hansels and Gretels inside the oven, it was just like any other kitchen, just larger and more awesome. I could bake dozens of loaves at once. Instead of kneading thirty pounds of dough by hand, I could toss it in a mixing bowl big enough to give a small child a bath. Every week I would spend a few hours in the co-op making bread and getting better at using the large equipment. After a few weeks I was confident enough to stop focusing all my attention on not burning things and start to have more fun and get creative with the bread.

We voted in our food policy discussions early in the year to limit bread to a minimum of 50% whole grain flour and to not use any cane sugar, sweetening only with maple syrup. I initially felt restricted and just experimented with different nuts or seeds, whatever we had in the co-op. One week we were out of maple syrup. I couldn’t use honey because it isn’t vegan. Searching through the co-op for something to use as sweetener I came across some apple cider. Okay, I thought, I’ll try apple cinnamon bread. It was a hit, and people started requesting more interesting bread. I began trying to coordinate with our weekly special meals, deli rye for Jewish food special meal, or focaccia for Italian night. By the end of the semester I had gone from being stressed about not being up to the co-op’s standards to trying to outdo myself each week.

At the beginning of second semester I was urged to make bread again. I had fun doing it first semester so I ran again and was re-elected. I made bread on the same evening every week. People would come into the co-op to find out when it would be ready so they could get the first hot bites as it came out of the oven. Often people would come in early and help me shape the loaves. One week someone asked me if we could make bagels. I’d never made them before, but said I’d look in to it. I got a bread book and found a bagel recipe. They were a huge success. I got more books on baking and started making more complicated breads. By the end of the year I was making sourdough breads.

I’ve now been elected to make bread in Fairchild Co-op for seven semesters and made over a thousand loaves of bread in OSCA kitchens. Being in OSCA has given me more confidence in myself, a great community, an outlet for my creativity, and vocational training as a potential professional baker. Many people balk at the cost of an Oberlin education, but the experiences you can have here make it worth every penny. 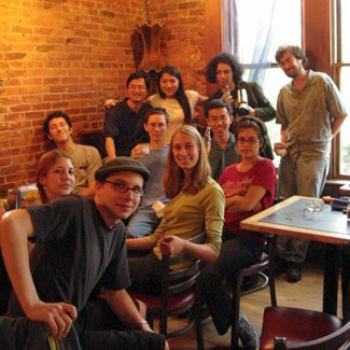 On the lessons learned working for the Oberlin Review 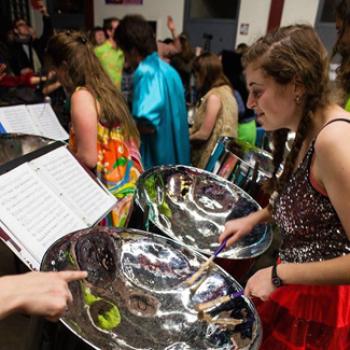 On finding a musical community

“The music, the dancing, the performers--all components of the show emanated pure joy. I hadn’t overlooked, however, that OSteel was quite advanced musically, so it never even crossed my mind that I... 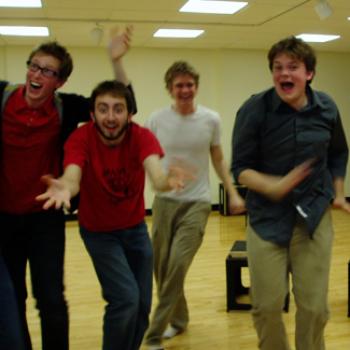 On the improv scene at Oberlin

“[It] is so accepting and completely full of fantastically talented and inventive people who want nothing more than to “yes” what you give them.”