“I have initiated new synthetically-oriented research projects in my laboratory here, but I have also continued my work on organ pipe corrosion with students who have been attracted by research that connects science and art.”

I first met the organ during my junior year at Oberlin. A chemistry major in the College, I decided one semester to try taking organ lessons. Many years of playing the piano had prepared me to play the organ’s keyboards but had not prepared me to play the pedalboard. During the first few weeks, I doubted that I would be able to learn to play with my feet as well as with my hands, but as I got used to this new combination, I became fascinated by the organ. I loved the variety of sounds and moods that were made possible by the organ’s multiple stops and the deep, sometimes reedy voice of the pedal as it provided harmonic support or played its own melody or contrapuntal part. I enjoyed listening to recitals on Oberlin’s concert organs, especially those featuring the bold sounds of the early-Baroque-style organ in Fairchild Chapel. When it was time for me to graduate three semesters later, I regretted not having begun organ lessons sooner.

I made the decision to go to graduate school in chemistry at Cornell without considering what musical possibilities might exist there, but when I arrived, I discovered two excellent organ teachers with interests in early Baroque music. Thanks to a flexible graduate advisor in chemistry, I was able to keep up with organ lessons while spending most of my time studying solid state materials chemistry, growing crystals in the lab, and using X-ray diffraction to learn about the structures of these solids. I was delighted to find that my chance to study the organ while seriously pursuing science hadn’t been left behind at Oberlin.

An article that I read about the physics of the organ triggered my thinking about the instrument as a scientific object as well as a musical one. I became curious about the composition - the chemistry - of organ pipe metal. This led to a conversation with my teacher in which she told me about the Göteborg Organ Art Center (GOArt) in Sweden, where organbuilders collaborate with scientists at the Chalmers University of Technology to answer questions about compositions, physical properties, and corrosion of organ pipe metal. I ordered copies of several GOArt publications, and was thrilled to learn how the same methods that I was using to study new compounds in the lab could also be used to study very old materials. Researchers at Chalmers were studying corrosion that was destroying pipes in organs from as early as the 17th century, working to understand the chemical process that was occurring and how it could be reduced or stopped. I could think of nothing more interesting than to become involved in this work.

The opportunity to do so came through the National Science Foundation Discovery Corps Fellowship program, which supported postdoctoral projects combining research with significant outreach to groups including non-scientists, students, and the public. After finishing my PhD, I used a Discovery Corps Fellowship to work with a corrosion chemistry group at the Chalmers University of Technology in Göteborg and to continue my work at the materials science department at Cornell. In addition to working with musicologists and organbuilders through the project, I expanded my outreach by developing an activity on the physics of musical sound for elementary school students.

In 2006, I joined the chemistry and biochemistry faculty at Oberlin. I have initiated new synthetically-oriented research projects in my laboratory here, but I have also continued my work on organ pipe corrosion with students who have been attracted by research that connects science and art. My first student, Titus van den Heuvel ’06, was a double degree student in chemistry and organ performance and is now working as an organbuilder. Katie Mauck ’09 was a chemistry major with an interest in art conservation. These students embody an aspect of Oberlin’s culture that drew me here in the first place and that I continue to love: serious pursuit of more than one interest or area of study and the quest for connections between them. 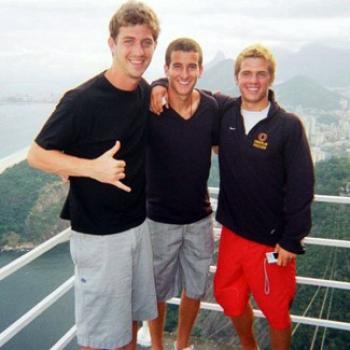 On living a multifaceted life

“I am a double major in law & society and sociology; I play varsity men’s soccer; I am heavily committed to acting; I produce music and DJ on a regular basis. Only in a place like Oberlin.” 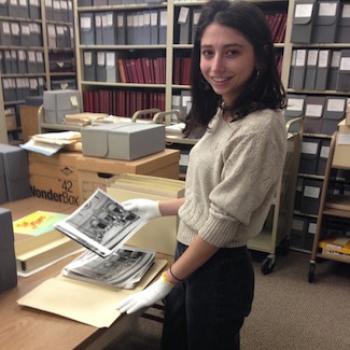 On building websites for the Oberlin College Archives

“My time in the archives department in Mudd Library allowed me to apply my coursework in computer science to a fascinating niche of Oberlin College’s history.” 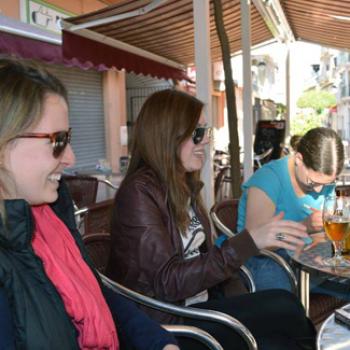 On a (failed) attempt at an individual major

“I now have a better grasp of how all my language-based interests—translation, journalism, and, yes, fiction writing—tie into comparative literature.”