“When I got tired, I’d always have Ren to go to. I’d sit in a little nook in her supply room-turned-office for five minutes, ten minutes, an hour, and just talk about life, or about the various merits of carrots, whatever was on our minds.”

I learned a lot of things in the summer of 2015: how to grow a crystal, how to use Adobe Illustrator, how to use a teeny syringe, how to operate the powder x-ray defractometer, and how to live like an adult in a house. But by far the most important skill that I gained that summer was learning how to be there for someone who needed me.

That summer, my situation was unique mostly because my only supervisor in the lab was a recent Oberlin graduate named Ren. We were working in Professor Jesse Rowsell’s organic crystallography lab. Professor Rowsell had been Ren’s thesis advisor until he passed away suddenly in late January of her senior year. Obviously, she was devastated (we all were), but because she is a fighter and one of the strongest people I know, Ren trudged on and finished her Honors project. Along the way, she decided that to honor Professor Rowsell’s memory, she wanted to stay in Oberlin for the summer with a younger student mentee to write papers and finish up some open projects. Because of her commitment and steadfastness, the department agreed to support her plan.

When Ren and I first met, I thought she hated me (not wrongly). We were as different as two Oberlin students can be. Where she was quiet, I was loud. Where she was exacting, I was all over the place. Where she loved being alone, I loved being surrounded by people. In spite of our differences, though, we slowly became friends over the course of my sophomore (her senior) year, bonding over our shared love of geology and inorganic chemistry. She chose me to stay with her over the summer because I was (in her words) “young and malleable” and because I was willing to work hard.

And it was hard work. Or, at least, time-consuming. There were days where I wouldn’t leave the Science Center until 10pm, too busy with experiments and curious about the results to leave. There were two weeks during which I’d come in at 6am to set up an experiment to run for 16 hours.

But when I got tired, I’d always have Ren to go to. I’d sit in a little nook in her supply room-turned-office for five minutes, ten minutes, an hour, and just talk about life, or about the various merits of carrots, whatever was on our minds. If I was confused about my project, she would talk me through the problem and give me some ideas for experiments. We’d chat about papers, and scour them for useful details and experiments. We’d go on daylong road trips to Youngstown to deliver samples to our crystallographer there, blasting bad pop music the whole way there and back. She made my lab work fun, and my interactions with her kept me going at my most exhausted.

Sometimes, though, I got the sense that Ren needed me as much as I did her. I don’t think that I’d fully grasped how upset she was, how much she missed her advisor, her friend. When she needed to talk, I would listen to her. And when she told a story, I would smile and laugh along. I’d force her to socialize, to hang out with me, to stop working. I told her that it was all going to be OK, and that she should try to have fun, live her life, because that’s what he would have wanted. She would just nod and smile softly.

On July 1st, Ren declared that it was Canada Day. She told me the story of Canada Day 2014. It was 10:30pm and everyone was still in the lab, when Professor Rowsell barged in and announced that it was Canada Day, and, since he was Canadian, everyone was going to come with him and get ice cream. He called Cowhaus, the local ice cream shop, and asked them to stay open for an extra ten minutes. The whole lab rallied and ran down to Cowhaus just before closing, ate the ice cream, and celebrated the end of the holiday. That day, Ren decided that we were going to do it again.

And so we stayed together in the lab, her writing, me working on my project. Around 10PM, our efficiency degenerated into us searching for and blasting some tunes by Canadian artists. Finally, at 10:30, we headed to the store. We both got our ice cream and sat down, laughing about something (who knows what). We took a quick Snapchat of ourselves and started eating. We didn’t say much as we ate, just some comments about the ice cream, and I just knew that she was thinking about last year. When we left, I gave her a hug and wished her a happy Canada Day. I asked her if it was as good as last year, and she smiled. “Maybe not better,” she said, “just different. I’m glad you came.”

That’s when it dawned on me. Being there for someone as they grieve isn’t always about moving on entirely or simply allowing them to steep in memories of the past. More so, it’s about keeping the memories alive, and re-associating them with joy, instead of with sadness.

I never really knew Professor Rowsell. We’d cross paths in the hallways late at night and nod at each other, and this one time he let me use the furnace in his lab. Even so, his legacy has been transferred through Ren to me. And when I think of him, I’ll always think of her too. That summer fostered in me a love of discovery—of gaining and creating knowledge—that I will carry with me for my whole life, and that motivates me every day. That summer with Ren indubitably made me a better scientist, a stronger person, and a more understanding friend; for that, I will be forever grateful to them both. 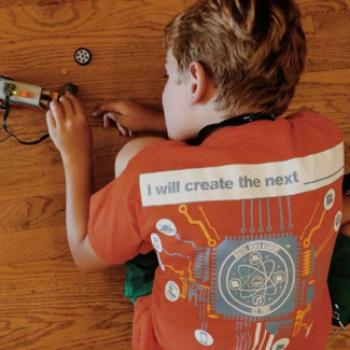 On joining Women in Math and Computer Science 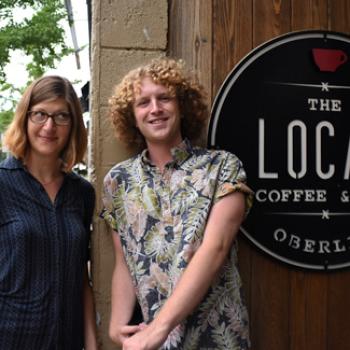 On mouthing off in public

“If I hadn’t said it and it hadn’t been heard, I’m not sure I would have met Professor Whelan in the way I did or formed a friendship with her.” 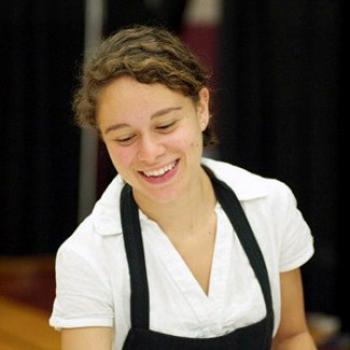 On doing research during winter term

“I know of no other school where a professor will welcome a first-year student without a molecular biology background into their lab as willingly as Professor Allen welcomed me.”