As I began my intense search for “Ambre’s Perfect College,” I was completely lost. There were just so many! Some were big, some small, some conservative, some liberal, some wet, some dry, some good, some ... not so good. I had no idea where to start, but one thing’s for sure, this Tennessee girl from a relatively conservative Christian background would have never imagined herself at one of the most liberal schools in the country, especially in the North! Snow? Ew!

I must admit, I have my mother to blame for even knowing that Oberlin existed. A a point in my college search extravaganza, when I could not even pinpoint a region in the United States where I would like to go, in walked Mom with, “Have you ever heard of Oberlin? It seems to have all of the things that you want, and it’s in Ohio.” Having spent my entire life in the South, the prospect of having to suddenly deal with that type of cold had me shaking. But hey! Why not? It’s not like I had to go, right? I could just use it as a starting point to deciding what I did and didn’t like.

After finding out about the Ohio Six College Tour — designed to introduce prospective college students to some of Ohio’s best liberal arts colleges and universities over one weekend — we packed up and kicked off the beginning of the end of my high school career with a weekend dedicated to looking at where I would be spending the next four years of my life. First on the list: Oberlin. I can honestly say, and though it sounds cliché (I promise the school did not force me to write this), I fell in love with Oberlin the moment I set foot on the campus. I loved the scenery, the architecture, the people. Most of all I loved their honesty.

I had had enough of cookie cutter college brochures claiming that everything about the school was flawless and every student who chose to go there was perfect, ended up with a seven figure salary, a mansion in the hills, the perfect spouse, and an adorable puppy named Hershey. I wanted something real. Don’t show me the best dorm on campus when I’ll have to stay in the worst, and don’t have the food for the visitor reception catered when I’ll be eating in the cafeteria. From the moment I walked in to the welcome session I was confronted with a refreshing realness that I wasn’t accustomed to in the college visit experience.

It worried my mother that I picked the first college I visited as my first choice. She forced me to go on several other tours, but seeing that none quite measured up in my book, she found the one thing I was nervous about dealing with and made me confront it head on: the weather. I was instructed to visit this school during all four seasons to make sure that I really wanted to go there, in happiness and in sadness, in sickness and health, in snow and humidity, until graduation did us part. I was lucky enough to be selected to participate in the Multicultural Visit Program, which allowed me to take an all expense paid overnight trip to Oberlin to experience it by myself and for myself. I thought that by accepting this trip I would surely find soething that I didn’t like about the school. The boogey men would come out, the mean upperclassmen would pick on me, everybody would admit to secretly hating the place, but alas, I was greeted with the same thing that made me fall in love in the first place: pure honesty and genuine kindness.

I spent the night in Afrikan Heritage House and immediately felt at home and comfortable. I remember specifically staying up until 3 a.m. with some of the most amazing people that I have ever met (the majority of them happen to be my friends now), talking about anything and everything from race relations to the fabulousness of Nutella, watching silly videos, and just having an amazing time. I felt safe. Though that seems like a simple necessity, after having heard several stories about the horrendous things that go on in college dorms, I was worried that I would not feel comfortable. I felt connected to these people already; in a way it was like we were already family. I had found a community that I knew would have my back, a community that I have now come to love and am unable to see myself without.

As an African American female, planning on attending a predominantly white school hours away from home, I needed to know that there would be somewhere that I would be able to feel completely at home away from home. Where I wouldn’t necessarily have to feel like I had to be politically correct all of the time, where I didn’t have to feel like I had to be the perfect example of my culture and community and single handedly debunk all stereotypes surrounding it. A-House gave me that and I could not find another place at any other college or university that made me feel as comfortable.

When my visit came to an end, I could not imagine going anywhere else. In fact, my mother had to call me to make sure I boarded my flight. I proceeded through my senior year in high school, counting down the days until I would be able to call Oberlin my home for a while. I was waiting to be reunited with the community that I had fallen in love with. Oberlin has continued to help me grow through difficulties and amazing triumphs, and I can honestly say that I still cannot imagine what my life would be like if I had chosen to go anywhere else. 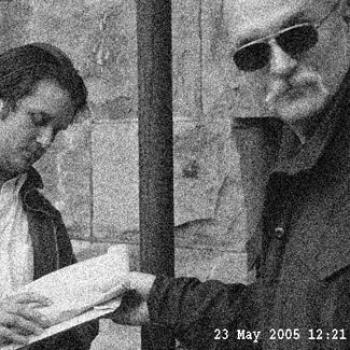 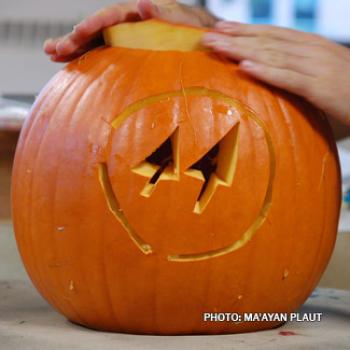