When someone asks, “What did you do for Winter Term?” I don’t know where to begin. It’s almost easier to define the project by what it is not. It is not a service trip, not a vacation, and not relief work.

Since 1993, OSCA has had the privilege of working in solidarity with the National Union of Farmers and Ranchers, or UNAG, in the impoverished, drought-stricken region of San Juan de Limay, Nicaragua. Each year, students in OSCA vote to send between two and five thousand dollars to support a micro-loan fund for unionized female farmers. Every other Winter Term, OSCA sends a small delegation to Nicaragua to live with the women, understand their struggles firsthand and strengthen our relationship. We call ourselves the Nicaragua Sister Partnership.

What does a hippie student co-op in Oberlin have in common with Nicaragua’s strongest union? On the surface, very little. To start with the obvious, they are Nicaraguan farmers and we are U.S. college students. They struggle to send their children even to the local elementary school while we work (or not) to pay our way through one of the most expensive and prestigious liberal arts schools in the country. We get huffy when the rest of the co-op eats all the vegan chocolate cake before we can snag a piece; they live with the threat of real hunger.

Throughout the trip, these differences were heartbreakingly visible. One day I noticed that my friend in the village had split the band of her rubber sandal. Anyone in the U.S. would have thrown the pair away and bought a new one. Her mother had sewn the sandal back together with a needle and thread. Countless moments like this made me ashamed that my country’s prosperity, and my own, causes and depends on the suffering of others.

When I was asked to give a speech at the union’s departmental assembly, attended by over 400 farmers, representatives from the government and many reporters, I thought about our two organizations’ common ground. I didn’t mention all the similarities, as some are less-than-flattering. (For example, both OSCA and the UNAG struggle to boost attendance and participation at meetings.) I talked instead about the core values of both organizations, how we both believe that nutritious and plentiful food, clean water, a dignified living space, accessible education and a healthy environment are rights, not commodities. How we are both dedicated to promoting equality of gender and race, democratic decision-making, and local and international cooperation. I closed the speech with assuring the organized women that, unlike many other groups who have pulled out their support, OSCA is with them for the long run, dedicated to our relationship and their well being.

At our final meeting with the governing board of Limay, it was clear why we call our relationship the Nicaragua Sister Partnership. As we sat in my host mom Jacinta’s kitchen eating yucca and cabbage salad and discussing ideas for improving the loan fund in the future, I felt like a true partner, fighting alongside the UNAG because we want the same things for the same people, people we now know intimately. The lasting personal relationships drive our work, something many international organizations cannot claim.

That is why one of the most influential women in Nicaragua keeps a picture of a bunch of Oberlin students by her bed. That is why my committee and I will spend the rest of this year educating the campus about the hardships facing our partners in Nicaragua and what we can do about them. That is why we can’t ever let the trivialities of college life push from our minds what we saw and learned last month. The women of Limay are counting on us. 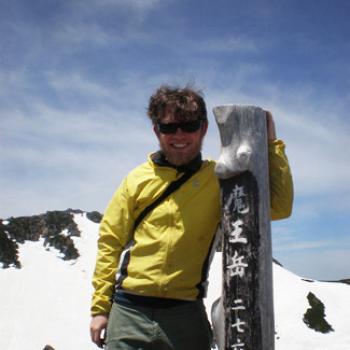 On biking across Japan

“From March 15th to June 10th, I cycled from Kyushu to Nagano. Nearly every day I flash back to some moment of my trip to Japan. I’ll hop on my bike, or see a train, and I’ll remember my first day... 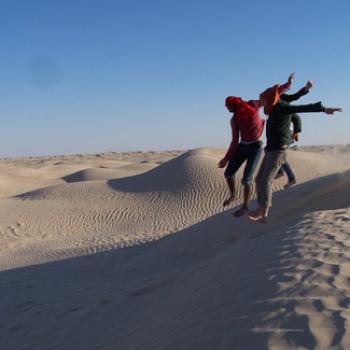 On spending a semester in Tunis

“Intrepid or crazy, there I was, jumping off the deep end, learning to swim, learning about other people and about how to be myself in a new place.” 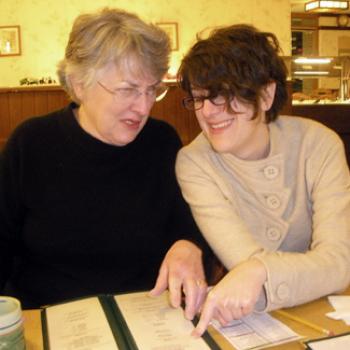 On habits developed at Oberlin

“I spent mornings at Black River, nursing coffee and developing an addiction from which I have no intention of recovering. I read political theory that made my brain feel like it was on fire. I read...