Oberlin is not quite renowned as an Evangelical hotspot.

The school is more famous (or infamous) for events like Safer Sex Night than for any sort of continuing legacy of one of its founders (and second president), Charles Finney, the eminent evangelist of the Second Great Awakening. During my four years at Oberlin, I would estimate that each year there were about fifty students who were active in any Christian community at any given time: a small sub-group. Yet being an active member of a small minority may lead to incredible growth as a person and as a leader.

I came to Oberlin sheltered: I grew up in church. I had not once articulated my beliefs to someone who did not already share them. My faith was there — when I arrived in Oberlin, I circled every event on my orientation schedule with the word “Christian” in it and made attending these my first priority — but not quite blended with the rest of my life. It was like a layer of jelly — essential to a peanut-butter sandwich — but nonetheless a disparate gelatin. I really had no idea what to do with faith in relation to others.

As I moved deeper into my first year at Oberlin, I became involved with Oberlin Christian Fellowship (OCF), a chapter of Intervarsity Christian Fellowship. It was a motley crew, with students who grew up in a variety of denominations: Catholic, Charismatic, Christian Missionary Alliance, Episcopal, Lutheran, Methodist, Moravian, Presbyterian, Southern Baptist, Wesleyan, and international non-American ones too — no one at Oberlin is really from the same background. My involvement was fairly low key in my first year; I played my cello when we sang together. There was also a weekly Bible study, but I never went. Even so, I was asked to be on the leadership team for the following year. I had no idea what I was getting into.

As a leader, I really had to step up my own involvement; being a leader meant being an example. Then the group expanded, deep friendships formed, and we began doing more activities. A group of us would regularly meet for lunch at Stevie, sometimes to pray together as well. By the time we went to our end-of-year retreat in Michigan, some tight bonds had cemented and we were excited to see what might develop spiritually in the coming year.

The next year we set up two boxes where anyone could drop a prayer request and received a huge response from students. I coordinated groups that met for prayer weekly: often just pairs of students, but one every weekday. We began a lasting partnership with a school in Cleveland for students with learning disabilities (The Bridge Avenue School), spending some of our Friday nights making flash cards and laying carpet. Over Winter Term, a group of us taught poetry, music, pottery, computers, and dance to the kids at the school. We started setting up topic tables in or outside Wilder to discuss issues like social justice in schools and how Christ changes us.

I learned so much. I became a true leader. I learned how to make decisions as part of a team. I learned to be a peacemaker between friends that were chaffing each other. I discovered a lot more about who God is, his justice and mercy, and how he calls us to live selflessly. I began to share the good news of Christ because it was integral to my life and because I cared for the people with whom I was sharing it, rather than because I felt guilted into doing it. And I found that when you are discussing something that is truly important to you, Obies are generally willing have a dialogue no matter the subject: a liberal attitude toward ideas is a two-way street.

The road was not smooth. As well as a lot of new people joining OCF, some people left. There was dissension between leaders. We had a Bible study leader completely drop Christianity. And I too questioned my faith. I asked myself if I was a deluded participant in the biggest hoax of all time. But after a lot of thought and prayer, one of the most important pieces of evidence to me was the love I saw among people who were committed to Christ: the principal of The Bridge Avenue School for his students, no matter how they behaved, huge groups of college students working together at the retreats in Michigan, and most of all the strong bonds among the members of OCF — eclectic as we were. “Endurance produces character, and character produces hope, and hope does not put us to shame, because God’s love has been poured into our hearts though the Holy Spirit who has been given to us.” (The Bible, Romans 5:3-5)

So if you want to be coddled and spoon-fed your beliefs for four years, don’t come to Oberlin. But if you want to have what you believe stretched and your character for leadership tempered, maybe you should give Oberlin some thought. I love Oberlin, and would not trade my experience there for anything. 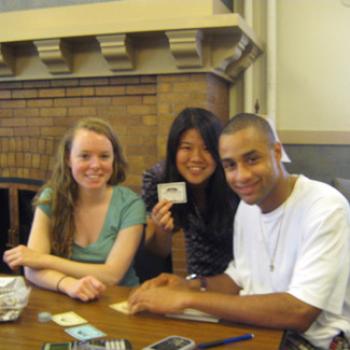 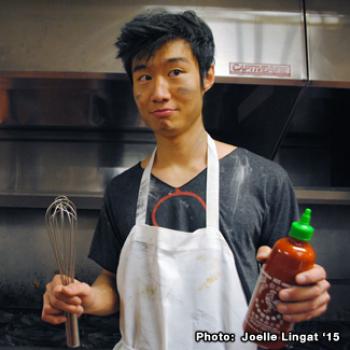 “I learned what tofu meant to me: steeped in tradition and innovation, tofu is where the new and old come full circle, a circle spanning generations, a circle catalyzed in Harkness’ kitchen.” 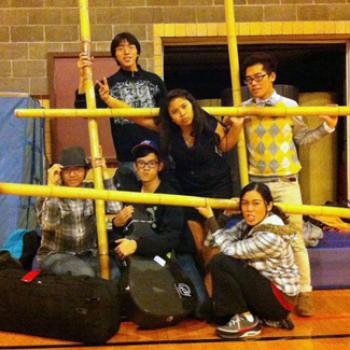