One of the reasons I chose Oberlin was because of its smaller community and rural setting, which so far I have loved. However, I was curious about going to school in a big city environment, and was eager to explore those differences in Buenos Aires, a city of 3 million with 15 million in the greater metropolitan area.

I measure distance so differently here. At Oberlin, walking to Tank co-op seemed like an impossible trek (takes less than ten minutes), but here in Buenos Aires, anywhere less than 20 blocks away is considered close. I was used to waking up 15 minutes before class started, and still being five minutes early, and now it takes me between 35-75 minutes to get to my different academic buildings scattered throughout the city. I exclusively walk or use the subway or bus to get anywhere, and I can ride public transportation as many as six times a day, for less than 40 cents a ride (Chicago Transit Authority, you could learn a thing a or two bout these prices).

I live in Palermo Soho, which, just like its namesake, is a chic, young, hip neighborhood towards the north of the city with many bars, restaurants, and boutiques in low-rise buildings. Soho is scattered with tall trees, cool graffiti, and hilariously niche businesses, such a gluten-free bakery or dog-clothing boutique. Surrounded by tattooed twenty-somethings with dark clothes and creative interests, I feel like an imposter - some dorky American unworthy of the fondue restaurants and artisanal coffee. But I really lucked out with my living situation. I'm right by a subway stop, have many cool study cafes to choose from, and while most young people take a bus or cab to the hip nightlife, I'm only a five-minute walk away. 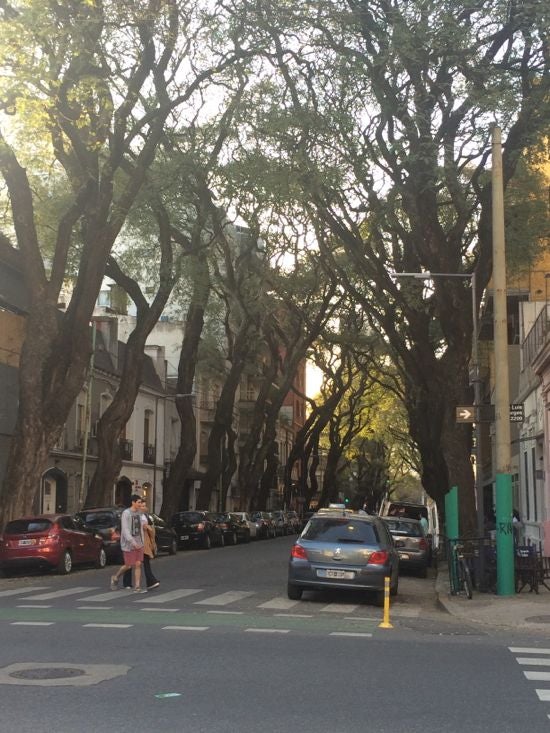 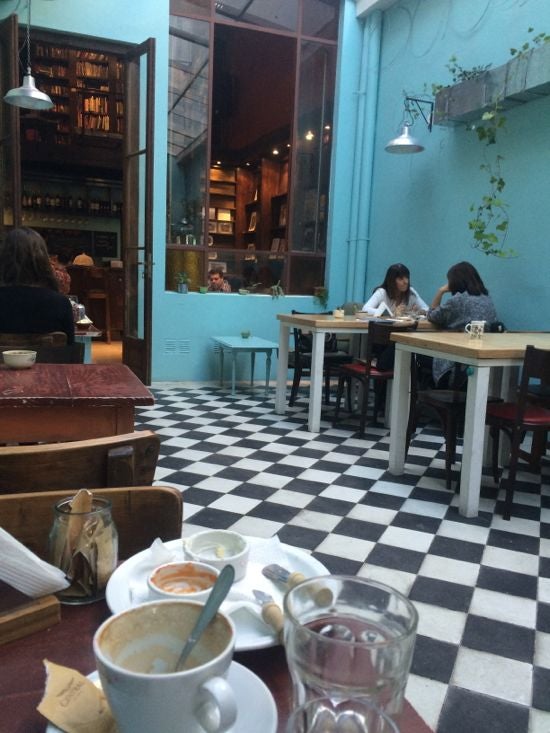 Like in most big cities, my personal safety instincts are in high gear. In Oberlin, I have no hesitations about walking alone late at night. However, here I am lucky if I leave the house without getting catcalled, which took some getting used to. Additionally, pickpocketing and mugging have been on the rise after the economy crashed 15 years ago, and I always have to be very aware of my belongings at all times. My wallet was stolen my first week here, before I had learned to wear my backpack in front of my body while walking down crowded streets (it was a tough debit-card-less five weeks). I either leave my cell phone at home, or keep it deep in my bag when going out, greatly reducing the number of selfies I take in front of famous monuments. 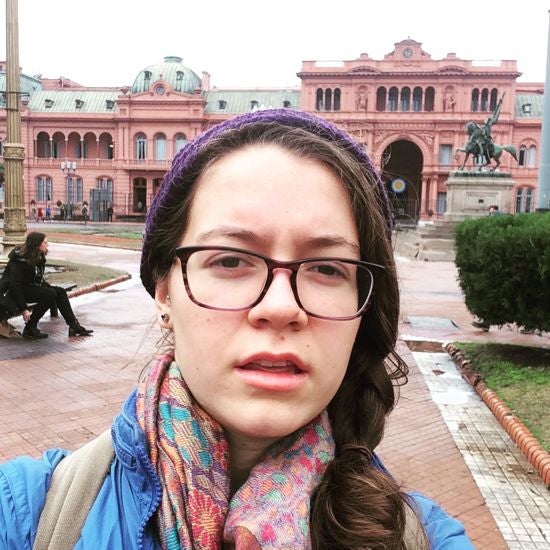 In the face of danger, I still managed to sneak this pic in front of the Casa Rosa, the more colorful version of the White House.

Instead of a small school with plenty going down on campus, I have a whole city to explore. I definitely miss the Liberal Arts Community, but I love the infinite activities there are to keep me busy. Every week I see a different show with my theatre group. I go to art exhibits, concerts, poetry readings, street fairs, sightseeing, and last night I stumbled across my first stand-up open mic. Sometimes I get overwhelmed by all the newness and yearn for sweet, familiar Oberlin, but then I chill out on my hour-long bus ride to class and remember how lucky I am to be immersed in this crazy, beautiful city. Buenos Aires, te amo <3