During fall orientation, while moving all my belongings from storage to my room, I got a phone call inviting me to Thanksgiving. And due to the sheer wonderfulness of this family, and their foresight, I accepted. I knew that my Thanksgiving would feel like home with the Albrechts.

I didn't really think more about this invitation until parents' weekend, when Cindy graciously took her son Jamie (class of '09, currently on personal leave but around Oberlin for the semester to work), her daughter Anna (class of '12), and me to dinner to discuss the turkey plans.

This is when I found out that I was to be one of a merry crowd to join the Albrechts in Pittsburgh for Thanksgiving weekend, as the party now included Jamie and my friend Eliza, Anna's roommate, and two of her freshmen friends. Nine! Nine people for a cozy and delicious Thanksgiving! A party of Oberlin past and present! I was psyched!

Over our parents' weekend meal, we formulated a list of our favorite Thanksgiving foods (it's always a good meal if you end up talking about food during it) and started figuring out living arrangements based on allergies, friendship, and every other derivation possible for this soon-to-be-occurring ever-so-exciting weekend. We left the meal with plans for everything. We were prepared. Now to only get through the two weeks of classes before we could gorge ourselves on turkey.

It goes without saying that seven Oberlin students do not fit in one car for a three hour ride to Pittsburgh. Cindy picked up the freshmen crew early on Wednesday morning, and Jamie, Eliza, and I drove in later that evening. Over a meal of chili, we were assigned various tasks for the cooking extravaganza of the following day. The rest of the evening was spent with our noses buried in old Oberlin Hi-O-Hi yearbooks (Tony graduated in '79, Cindy graduated in '80; they got married in Old Barrows, which is now a beautiful living and dining co-op), remarking on how little the Oberlin student body has changed in the last thirty years, until we nodded off into slumber.

We spent all of Thursday inside, all nine of us Obies, listening to James Taylor on 45s, reading, cooking, doing homework, and finally, sharing a delicious dinner that "we were thankful wasn't a co-op meal." Don't get me wrong, I love co-oping (the food and the people both), but my Thanksgivings have always included strong family ties and a full table with turkey, both of which are sadly absent from a Harkness meal. The Albrechts are my family away from home, as stated last night that I'm just... here... since I feel connected to all of them, and it's difficult to distinguish which person I'm associated with most. I met Jamie first, but as I met the rest of them, my heart divided equally for all of them.

It seems strange to feel this much closer to folks I see so often at school, but placing us in a house together for an extended period of time really changes things. Eliza just went downstairs to say goodbye to the younguns since we plan to leave before they wake up tomorrow morning, but realized as she was saying it that we would be seeing each other as soon as we get back. Everyone is family when we're under this roof, but all head back to the same place to do very different things. We've still got Thanksgiving. 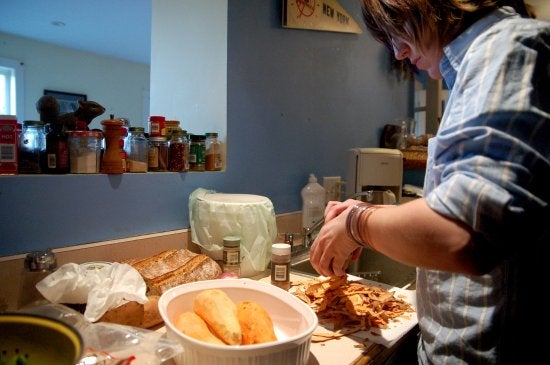 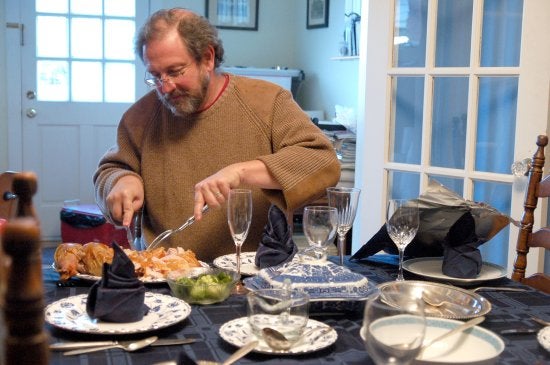 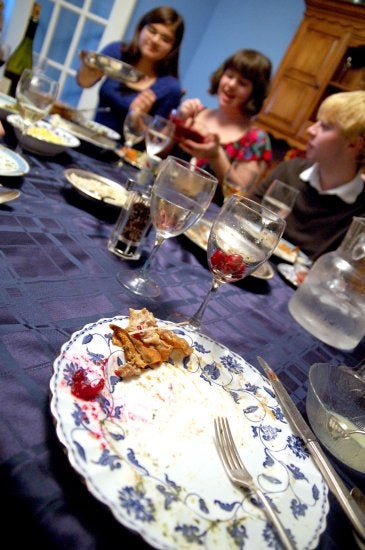 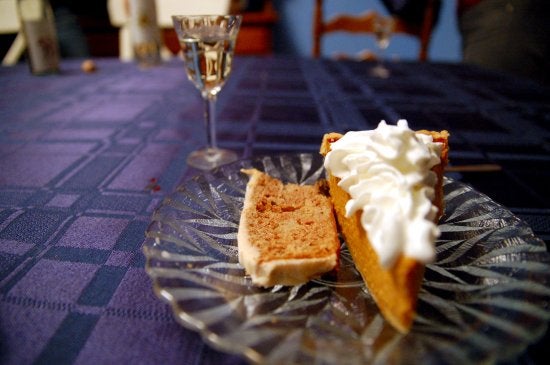 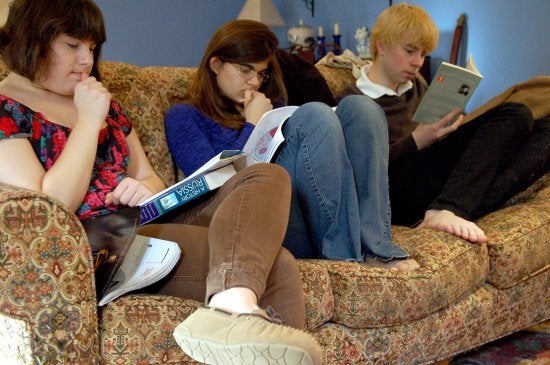 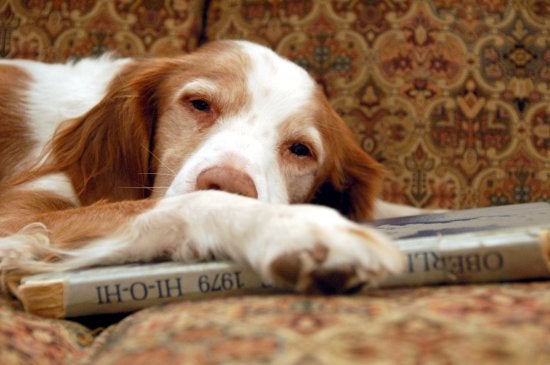