This summer, I overcame my lifelong distaste for New York (I'm a Bostonian, after all) and lived there for two months, after deciding back in January to accept an offer for a paid internship at one of the firms I visited on the Oberlin Business Scholars program last winter term. It was really nice securing this job so painlessly back in January, because I didn't have to worry about my summer plans at all during second semester. Indeed, the hunt for an apartment in Manhattan was ten times more painful than the job-hunt itself.

What was the job, you ask? The company was called MIAC (Mortgage Industry Advisory Corporation), and they are a firm that works in mortgage finance. Since the company has so many subdivisions and everyone there wears so many hats, it is hard to give a brief catchall summary of what they do, but I will try!

Basically, if a big investment bank needs to value a portfolio of mortgages (which can number in the millions), they call up MIAC to do just that using their proprietary software that performs a valuation based on the cash flows these mortgages generate. Then, MIAC provides risk management advisory for these clients and their portfolios of mortgages. My internship was in the hedging (risk management) group, so I got to see the thought process that the capital markets group goes through when deciding how to hedge against risk.

Aside from the job itself, which taught me a lot about what I might want (and not want) to do in the future, I learned a ton just by living alone in New York; I now know that the 1 train is local and the 2 and 3 are express, Levain Bakery has the best cookies on the planet, and everything costs 1000 times more in New York than it does in Oberlin. Being from Boston, it took a little time for me to stop calling the subway lines by their color, and to learn to ignore the ubiquitous Yankees paraphernalia, but it happened eventually.

Living alone and paying for all my groceries and living expenses was an extremely valuable lesson in independence--one that I had never really had before. Even though college is a step past high school on the spectrum of independence, living alone in a city you are relatively unfamiliar with is truly on a whole other level.

Though I missed my Oberlin friends a ton, my summer thankfully wasn't completely Obie-less. One of the cool things about the internship was that five out of the fifteen interns were other Oberlin students, since the CEO has connections with the school and apparently thinks we make good interns. Fortunately, the Obies I worked with were ones that I had never really known before, beyond sitting next to some of them in class, so I got to meet new people with whom I already had that basic Oberlin connection.

My friend Noalle, another Obie, interned at an art museum in the city for the summer, so I saw her a couple of times, too. We even got to go to a fundraiser for her friend of a friend's musical about Mario (yes, the video game Mario). Earlier in the summer, my Oberlin friend Maya took a break from her job at Planned Parenthood in Washington DC to visit me in New York for a weekend, which was also really great. 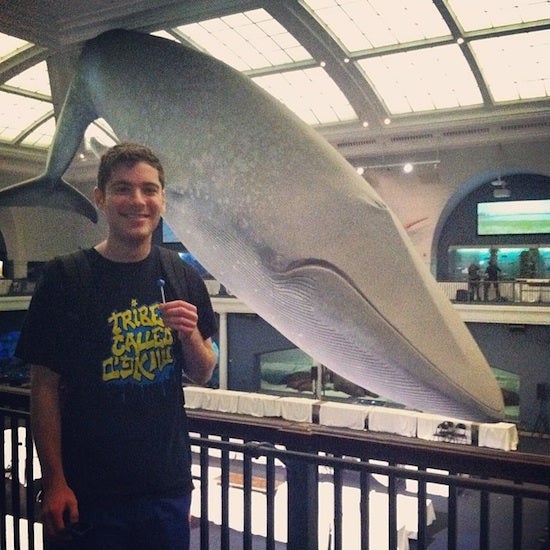 This is at the Museum of Natural History, which I went to with Noalle. I know I look like a third grader, with a blue rasperry dum-dum in hand, but hey, I learned a lot and it was fun! 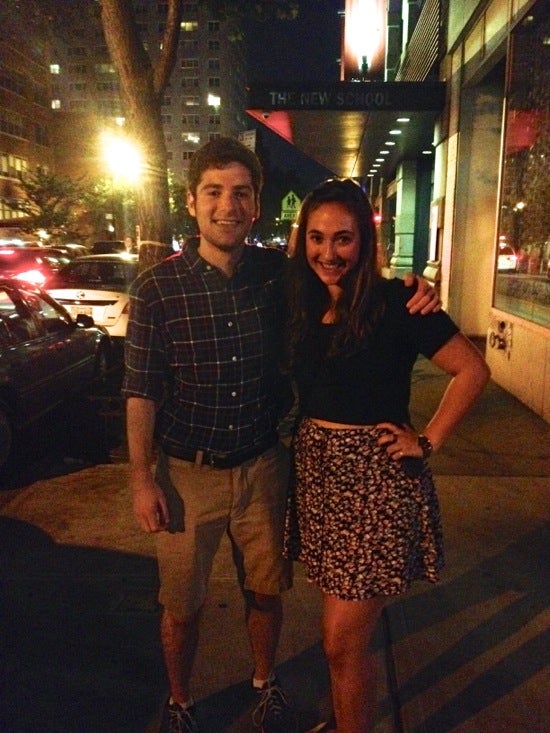 I also hung out with another Oberlin friend, Alix, a lot, because she worked in a biology lab at NYU. We discovered this awesome thing in New York, where they show popular movies for free on a giant screen outside. Even if you don't watch the movies, there are hundreds of people there just hanging out, sort of like a free concert. We saw Brave, Clueless, and the Lego Movie--the last of which against the beautiful backdrop of the Hudson River.

For July 4 weekend, I took the train down to Philly to see BEYONCE AND JAY-Z in concert on July 5 with my cousins and sister (yes, it was life-changing). 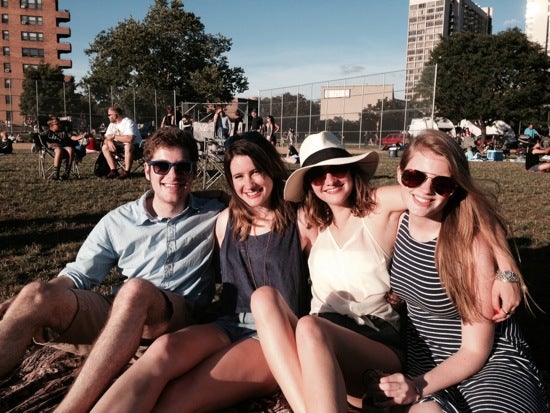 Me and my cousins (the middle two) and my sister (the one on the right). 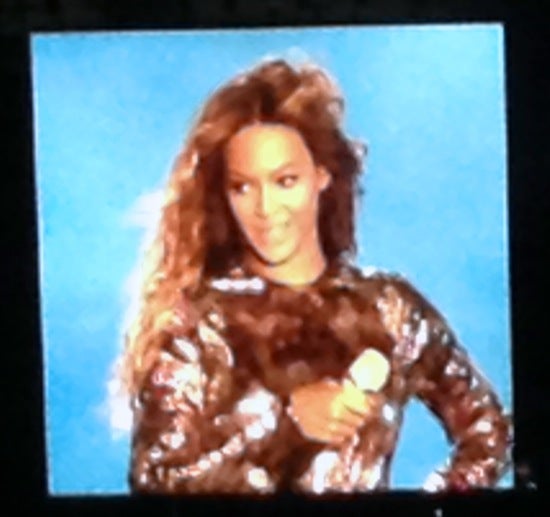 The greatest human on the planet.

At the gym I went to, I worked out next to the actress who plays Poussey from Orange Is the New Black! It was AMAZING.

Since I wasn't able to subtly take any pictures of her at the gym, this will have to do.