Due to a miraculous fluke, loophole, floop-hole, or whatever you want to call it, I was able to finish my finals by Tuesday evening of finals week, but was not planning on leaving until Friday. This left me with two full, free days in Snowberlin. I hadn’t been expecting to be done until Thursday, hence the fluke-ish-ness of the whole situation. Long story short, I found myself accidentally done and in a state of satisfied shock as a result.

It is kind of a foreign concept for me to be done with everything. Of course I do have a few things to do, like figuring out my winter term specifics and what I want to do this summer, but that steamroller of an academic to-do list was gone. I had no idea what to do with myself. It’s actually harder for me to reward myself in a larger sense than a smaller one. I’m good with short-term rewards, like reading a book or watching an episode of a show when I finish work for a night, but when there isn’t actually a goal that I have to meet to get that incentive, I feel like a lost puppy: I’m hyper and excited but kind of all over the place. 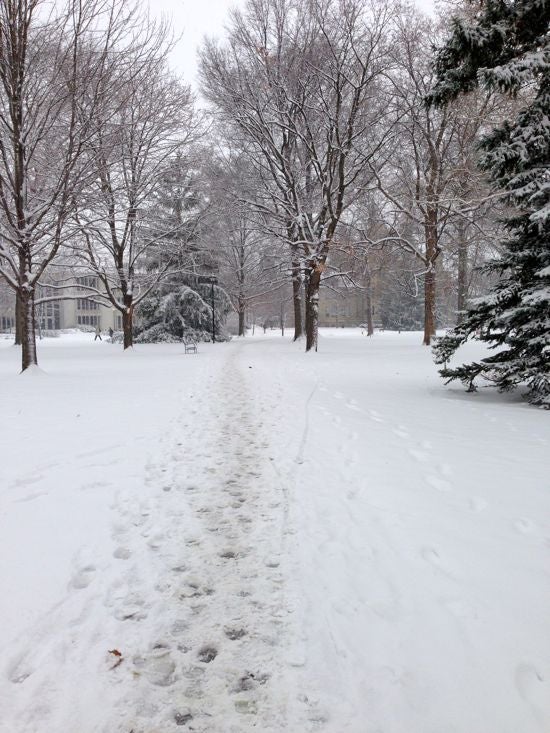 Hmm, what to do, what to do… How about march through Tappan in fluffy, shin-deep snow?

Everybody pretty much hated me, but that was okay, because an Andrea done with finals is a lot more agreeable than an Andrea in the midst of them. A lot of grumpiness was avoided, which is probably a good thing for everyone involved.

Here were my expectations of what I’d do with those extra free days:

Here is what actually happened/the things I actually did:

Lay in bed contemplating the list above.
Read some short stories, for pleasure.
Drank a lot of coffee (significantly more than usual, which already is a lot).
Compared my coffee to Slow Train’s coffee.
Skyped with friends from home.
Went to the gym (If you know my history with the gym, you’ll laugh at this).
Made my roommate very jealous of my done-ness.
Wandered around campus documenting various snowy creations… 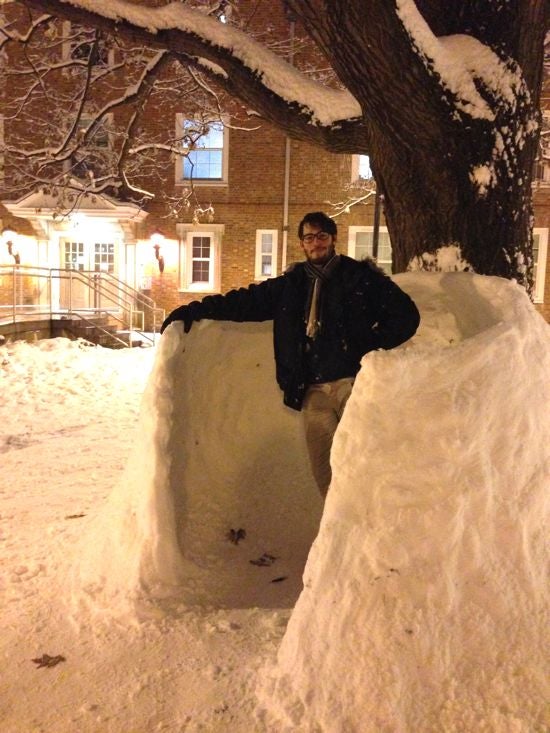 My delightful neighbor Matías and his snow fort outside Burton. 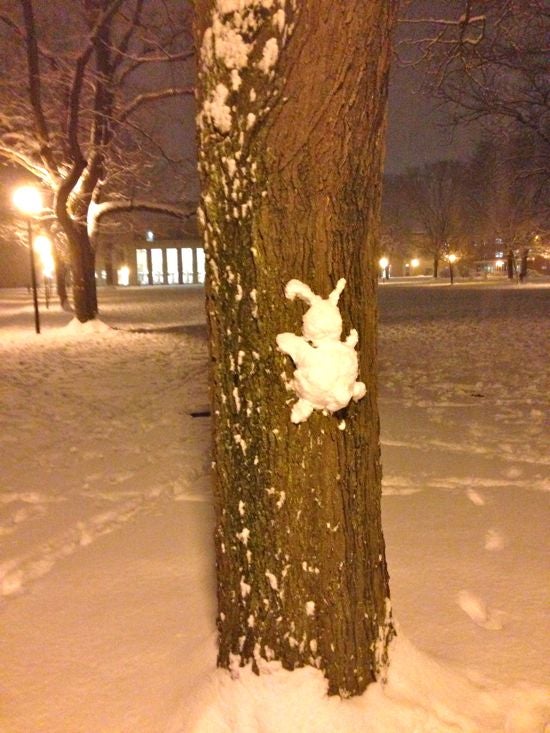 Why, look, it’s a tree-hugging creature! 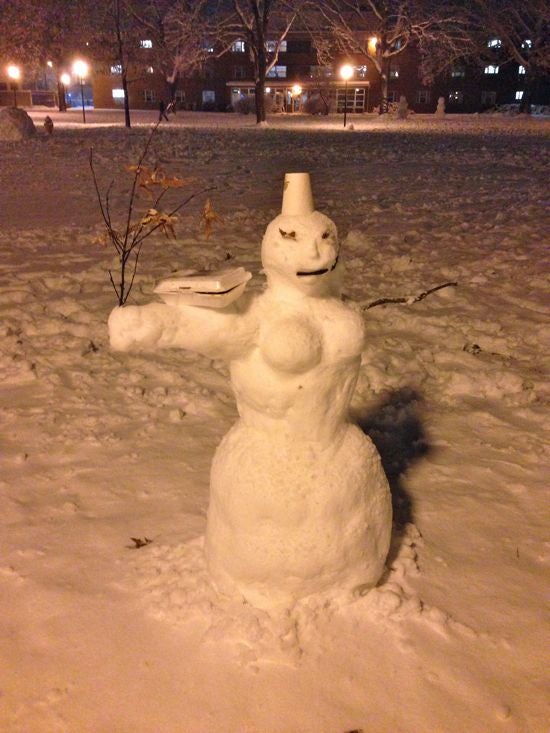 Being done was nice, but my final exams and assignments weren’t so bad, either. I loved my classes and felt like (most of) the work I did for them furthered what I was learning, so my finals were more of a culmination of what I’d worked for throughout the semester as opposed to a cramming or memorization marathon.

My last final was an in-class essay for a class titled Cleopatra in History & the Imagination. We were given the essay prompt in advance, and it was fairly open ended—I wrote my essay on Lady Gaga and the importance of female role models. The general prompt required us to relate a modern figure to Cleopatra, which I originally thought the entire course was going to be focused on, so fortunately I at least was able to write about it at the end.

My “research” for my essay consisted of exactly what I would have been doing in my free time anyway—listening to my eighty-song collection of Lady Gaga tracks and memorizing facts about her life and career. I certainly got to have fun with that final. My friends have threatened to duct-tape my mouth shut if I say anything else about my Gaga obsession, so this is all I have to say (for now) on the subject.

Taking a broader look, though, I felt that my expectations of Oberlin in terms of academics were met. One reason I knew I wanted to come to Oberlin was that its classes have a reputation for being multi-faceted and interdisciplinary. While I took a class that focused primarily on ancient Roman texts, I was able to incorporate today’s famous pop stars into my final assignment—my classes excited me in the early fall because I wanted to connect things, and that is one of the great and unique things about Oberlin’s classes. I found celebrities in my Classics course, art in my math course, and math in my creative writing course. My classes this semester pushed me just enough to let myself see those crossovers between subjects and ideas.

When you’re a kid, you hear people talk about their college years. Their anecdotes sound distant and unreal. Your relatives and family friends hear you’re applying, and they launch into memories of their four-or-more-year experience and say there will “never be anything like your first year of college.” They go on to remember it for years to come.

The other day, I looked down at my calendar with all of my to-do’s crossed off and thought, well, that was it! That was my first semester! It’s over. It’s done. It’s history. When I’m one hundred years old (Yep, I’m going to live to be a hundred), the first semester of college that I will remember is the same first semester that I remember right this second. What’s done is done; the memory is a fossil now that will stay the same no matter how much time passes.

On my flight home to SFO, the lady in the window seat had her shade up the whole time, ignoring my obnoxious bouncing up and down like a little kid because I wanted to see the mountains that I’d missed so much. Now, happy and jet-lagged, I feel fantastic (and predictably reflective) about my first semester, and I am ready to relax during this brief but deserved “winter” break. I mean, come on, is it really winter when it’s 70 degrees and sunny? 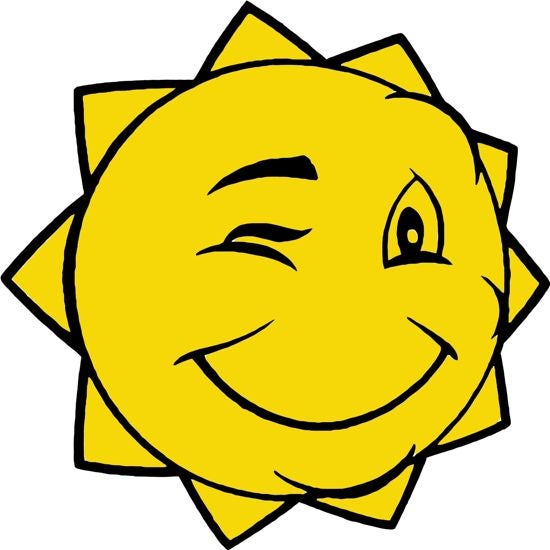