I have very particular views on readings: I don't like them. It's not the quality of the reader, or the voice, but often the work. Writing majors make great pieces, but they often aren't meant to be read aloud. I've gone to readings on campus - friends, professionals like Marjane Satrapi, Linda Barry, Gary Shteyngart, David Sedaris. They've been good, but it's not the same as someone performing. It's like a description of a song, or a piece of art. Maybe it makes some people happy, but it makes me impatient and confused.

I didn't want to do a senior reading.

Still, I wanted to showcase my work. A lot of writing majors do! I don't talk about it all the time, but I do write, and I do love stories. How better than by doing a storytelling show?

One problem: I have terrible performance anxiety. Utterly terrible. Back when I used to sing, lyrics would escape out of my brain before I got a chance. The larger the audience, the worse the stress. 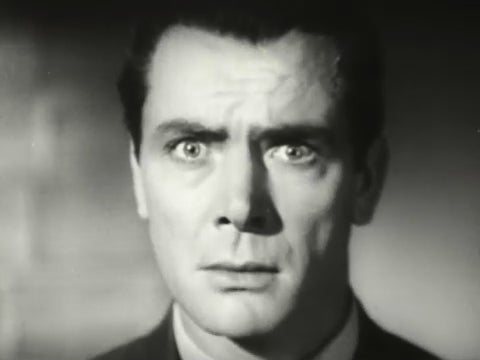 Generally, I'm a really confident, extroverted person. Giving tours, leading meetings, giving notes for groups up to 100 doesn't freak me out. It's not people, or public speaking: it's performing.

Tuesday night was my senior reading. I had no idea who/how many people were coming. What if no one came? What if too many people came? There was a faculty-staff function that night, so few teachers could go. Also, a big movie screening, including a movie that Ma'ayan and I made. And Wednesday was the first day of finals...

Twenty minutes before the start, I needed to pee. I was worried I would pee all over myself. Anna, one of my Exco students, was really positive: "Use it as a device!"

Fortunately, the need to pee passed, replaced by extreme nausea. My face burned. My stomach clenched.

What if I forgot everything?
What if I stuttered, or couldn't riff?
What if no one came and it was really, really awkward?

What if no one liked it?

Then Liz showed up. On Friday, Liz did a Storytelling Recital, given that she's a Narrative Arts major. We do similar things, but in different ways. Liz is an exuberant, energetic speaker, with a tendency to throw her body all over the stage in artful, graceful ways. She's a powerhouse. She encouraged me.

My Exco students came, folks who had become masters of style, who had learned to speak and present with clarity. Kris and Anna, who told childhood stories; Harris, who discussed emotion and mathematical theory with equal ease; Yoshi, who realized that he did well with more detail.

Amanda dropped in. Amanda, who told about samurai and secret-keepers. Most Trusted and Excellent Amanda.

People started to filter in, more and more. Yoshi popped in. When 45 people filled the bandstand, I started. Looking at now fifty people, all looking at me... my brain panicked. I started to sweat. Only my pride, the strongest muscle in my body, kept me in place.

For the first four minutes, I wasn't storytelling. I wasn't reading. I was reciting. I was on autopilot, spitting out my story. I couldn't think.

The first story was simple, about the tooth fairy. In the old days, the tooth fairy choked little children and ate their teeth. The story concerns a girl and her brother who decide to stop this fiendishness. By the time I was in one of the pivotal scenes, doing big gestures, I was warmed up. I was ready. This was me, this is what I loved.

When the next story started, I was hitting my stride every few beats. Not perfect, but okay, especially for a scary story.1 I loved the looks of revulsion in the audience, the expressions of horror. Success!

The third story was the crowd pleaser, a happy romantic story involving robots and the end of the world.

Everyone loved it. They laughed at the strangest jokes and obviously bought the story's conceits (artificial intelligence, iffy engineering, fetishizing the old while maintaining the new). Given it was my newest, roughest story, I was overjoyed/surprised it went well.

What's fun about storytelling is that each performance is always different and new--and that's the way it should be. I normally cycle through 5 endings for each story, depending on how the audience responds to different things. Given how shocked and sickened the audience looked during the second story, I gave it a happier ending. For the last tale, I gave it a weird ending. I made different jokes for each and most of them worked really well.

Telling it for a group of 50 is different than my tiny Exco, or my prep with Yoshi. There's more energy, more to play with. When I describe certain characters, I make them into someone in the audience. Sometimes it's a joke--the slow younger brother is indicated as one of my smartest female friends. Sometimes I make nods to other friends, include a few in-jokes.

It went so well. It gets less scary, the more I do it.

-----
1 It's really hard to tell a scary story. What are scary things? Dogs, bees, public speaking, dying alone, illness. What happens in scary movies? Surprising things, grotesque murders. So it's hard to find what's actually horror, without passing into melodrama. I told about the awful things that nice people can do.

Wait, so.. What exactly does your Exco student mean by using urination as a device?

Possibly as a way of emphasizing emotions? Or of detailing just how wet the rain was?

Very nice, Aries. It's funny because I'm the opposite. I am pretty much the shyest person ever, but performing, especially public readings, is no problem.
By the way, I meant to ask you, does Yoshi have a Facebook? I keep trying to find him.

I think large groups of people can be scary, especially if I don't know all of them. One on one is easier for me.

Part of it is the length of time. If I'm doing a poetry reading type thing, it's much more chill -- I'm not the center of attention, I'm just one plate among many courses. But if it's just me... I have to be GOOD. Or at least, try super-hard to be good.

Yoshi's linked to mine... we're all official.

As a former pro musician I can relate to the fear factor. I can say this with certainty however, frequency breeds confidence. On stage once a year and you will surely shake and quake, at least for the first few minutes; on stage often and it's like waking up in the morning or taking a nice walk in the sun, as easy as pie. As the ads say, just do it...

Yeah, it's funny because I don't mind being the center of attention while I'm reading. I just hate the applause and stuff afterwards.

I love your writing. It floats like clouds. I think you can gather what I mean from that?

Thanks! I think I know what you mean....