One of the main reasons I chose to go to Oberlin is the Cross Country team. Running with the team is one of the activities that has most colored my experience here. I love the team, the meets, hanging out with teammates at meals, and I've written about all of these before. I think it's about time I talked about the running itself.

Oberlin doesn't have ideal running weather all the time, but there are truly beautiful days, usually in the fall or early spring. We had a string of these last week and I decided to document my Sunday jog with a camera. 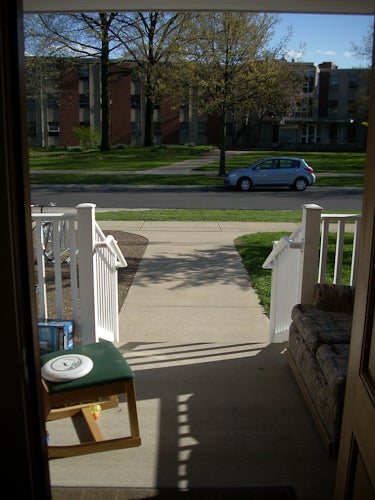 Often the hardest part of running is getting out the front door with your running shoes on. My high school coach used to inspire the crap out of us by saying, "The shortest opportunities are heartbeats. Don't waste a heartbeat." Sunshine and 65-degree weather help a lot in getting those first steps going. 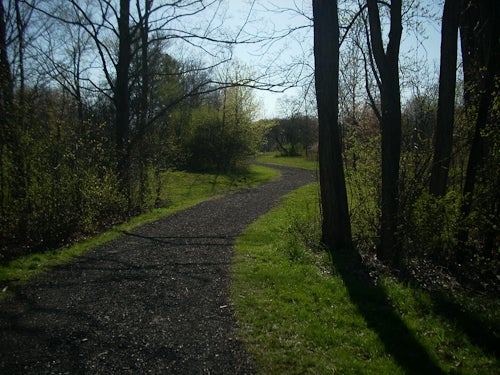 The arboretum is the first place I went to run in Oberlin. I always like going back for a run. The Arb doesn't have miles and miles of trails, but its gravel paths are well-groomed and it's beautiful in any season. 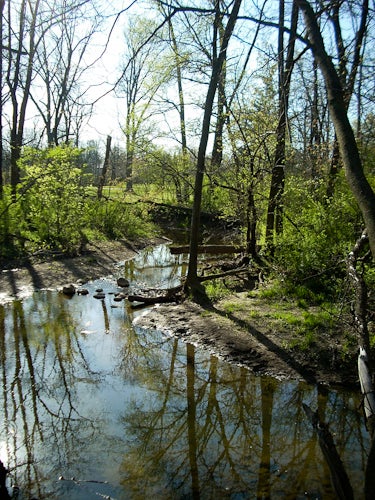 Creeks run through the Arb, sometimes swollen, sometimes low. If the waters aren't too angry, you can find stones to hop on to cross and you don't have to dodge drives on the golf course. 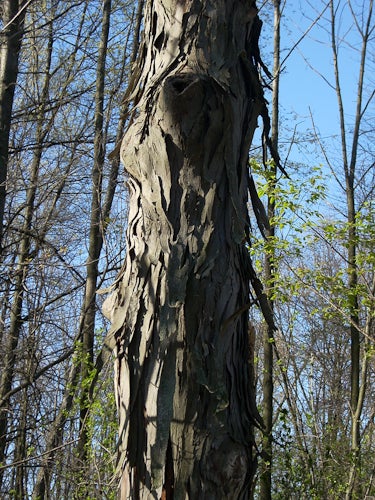 A Shag-Bark Hickory. I learned that name during an Arb field trip in Bio 101 my freshman year and thought it was so perfect that I've recognized them every time I've seen them since. 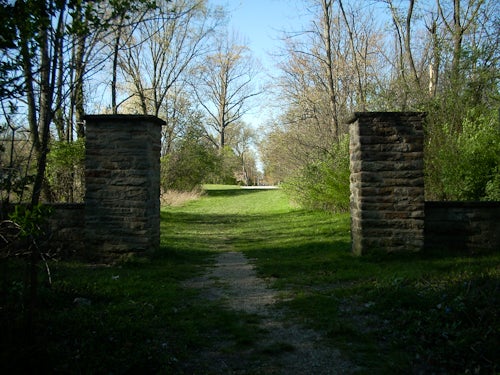 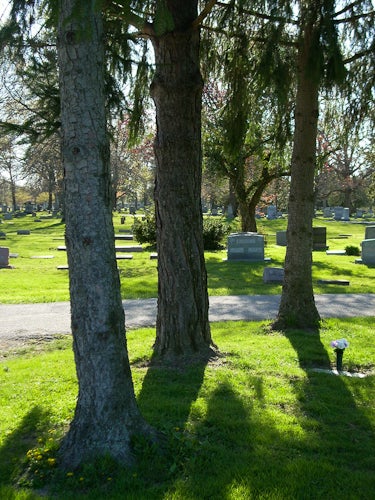 The cemetery next to the Arb is a quick loop to run through. It's not as macabre as it seems, you often run into people walking their dogs, and it feels so homey that errant golf balls feel like more of a threat than ghosts. 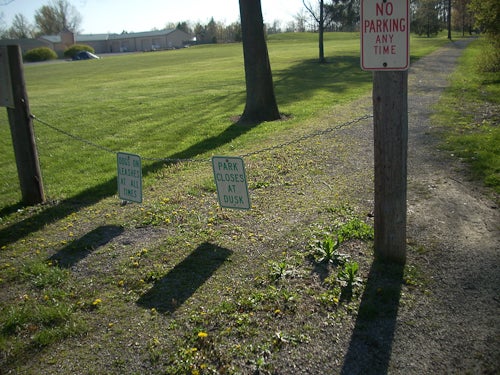 Lest my badass-ness be in question, none of these apply to me. I park where I want, and I go to the park when I want. Don't try to leash this dog. 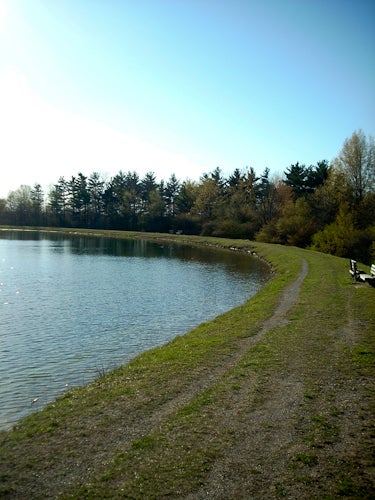 This is the Little Res. To most people in Oberlin, it's probably the only Res, but about 4 miles away next to an alpaca farm is the Big Res, where we run workouts from time to time. I would have absolutely nothing but pleasant memories of running around Little Res if it weren't for the workouts we've done there the last two years. Two years ago it was 40 degrees and raining, and this year was just hard. Every half-mile we would have to pick a card out of a pile coach had made. If we got the skull card, the next half mile would have to be 15 seconds faster than the last one. 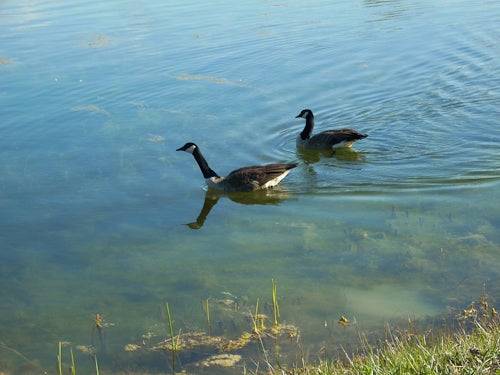 They have no idea how delicious they are. Or maybe they do, and that's why they look so proud.

Running and other endurance sports are hobbies that I found somewhat late in life, and were some of the first things I liked that I discovered and practiced on my own (unlike singing, which choir and school musicals introduced me to, or soccer, which everyone in my family tried at one point or another). I think this is why I have really positive associations with going out for a run and a sense of pride in finishing long runs.