Hi blog readers! My name is Davis and I am in my fourth and final year here at Oberlin. Time really flies! I'm in the conservatory where I study tuba performance under Dennis Nulty of the Detroit Symphony. I blogged last year and for my first post this year I'm going to tell you a bit about my summer with the Oberlin Brass Quintet.

This summer, the Oberlin Brass Quintet went on a four week long tour of China during the months of July and August. We played 18 concerts in 17 different cities. It was really a challenge for our chops to play such a rigorous program in a country none of us had been to before. This experience had a profound impact on me as a musician and as a person. I know now that I am capable of making great music even if I am far outside of my comfort zone (and I promise I very much was).

This summer was crazy busy and changed my life in many ways. I don't think I can adequately describe the tour and everything that went into it in just one post so I will be spreading it out over several weeks of blogging. This post will focus on our preparation for the tour.

The summer started in Oberlin as we spent the month of June preparing for our journey east. For most of the quintet, this was their last hurrah as Oberlin students before they headed off to grad school. Of the five of us, I am the only one who didn't graduate at the end of last semester. So we set off to make this tour special.

For us, preparation meant mainly rehearsals. The repertoire we had decided on was incredibly taxing for the whole group. We were playing a pops program — for those who don't know, pops is short for popular music. Classical musicians often use pops to refer to showtunes, 'light' classical standards, and just straight-up pop songs. We had a good mix of American and Chinese music, much of which we were entirely unfamiliar with (the Chinese tunes in particular). The task ahead was very daunting but I was confident that we could pull it off.

Unsurprisingly, rehearsals were rough at first. We came into it not knowing most of the rep at all, and coming off the end of the semester I know that my playing was not at its best. For the first few weeks, there were many disagreements about playing and tempers really started to flare. The environment in rehearsal felt very toxic to me. Time and intonation were real issues in all the music we were playing. The quantity of the work we had to do, coupled with the poor attitudes of some folks in these rehearsals, made it very difficult to fix these problems. Personally, I extremely stressed and really dreaded going to rehearsal.

But things did get better! Eventually we all realized that in order to be successful we needed to stop blaming one another for the ensemble's problems. That sort of finger pointing just isn't conducive to good music making. We took to heart the rehearsal techniques taught to us at Oberlin in order to make more pleasant music.

Once we had prepared the music it was time to get on the plane to China! But more on that in my next post. 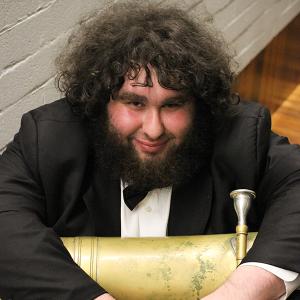