Hello all, I'd like to introduce a very special guest to the Oberlin Blogs--one of my best friends at Oberlin and my future roommate, Georgia Lederman! She rocks, and I'm sure you'll agree:

Pronouns: She, her, hers.
Hometown: Northampton, Massachusetts.
Home on campus: South Hall, but she dines in Harkness.
Major: French

What's your favorite thing about Oberlin?

My favorite thing has to be that everyone has some artistic inclination. And for a lot of those people it has to do with music, which is something that's really important to me. I like that wherever I go there are people with whom I can talk about art in some form or another.

How did you decide to come here?

I have a ton of family members who went to Oberlin, so I've always had Oberlin in my mind since I've been very little as a possible college I wanted to come to, and I always knew it would be really musical, which was something that was interesting to me. I also chose to come to Oberlin because I think people are very open-minded in a way that I am used to, having grown up in Northampton, in that it tries to be inclusive of every type of person. Also, I think that all academic subjects are taught are in a very well-rounded interdisciplinary way, which is something that a lot of schools claimed in information sessions and stuff, but I think that Oberlin really does that. Every class incorporates Oberlin philosophy in some way or another, which I think is a really cool thing. 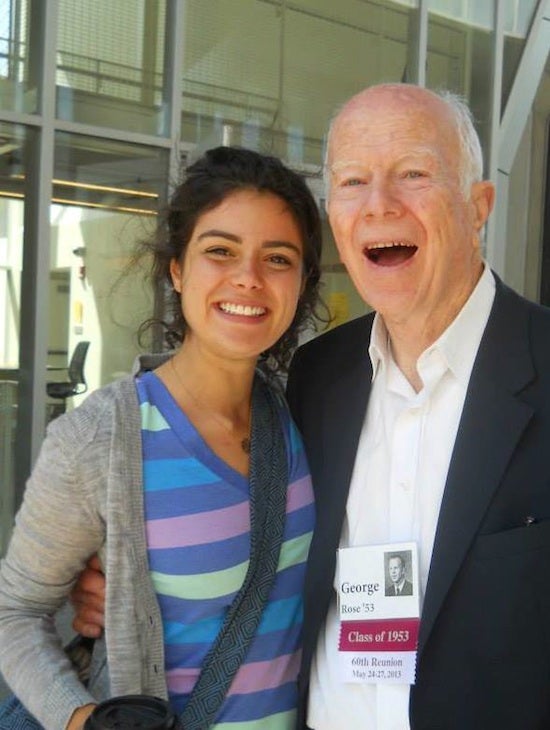 Georgia and her grandpa at his 60th Oberlin reunion last Spring.

What is your favorite memory at Oberlin?

My favorite memory at Oberlin was an event that is hosted by Oberlin--Solarity--last Spring. I interpreted the theme to be a woodland theme, and I'm not sure if it really was, but I dressed up as a fairy anyway. It was just the most positive energy I've ever felt from a group of people, and it really made me feel that I was flying. 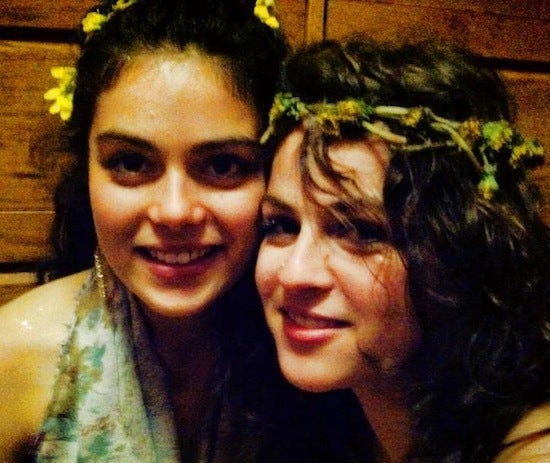 Georgia dressed as a fairy right before Solarity last spring. The person on her right is her sister, Tzipora, who graduated last year. I told you a lot of her family went here!

What have you done for your winter term projects?

This past year I went to Morocco--it was not an Oberlin program, but was sponsored and supported by Oberlin. I was teaching English in an elementary school. It was my first time traveling alone in another country and I felt really prepared--like I felt that it was the next step in my development in terms of academic, social and personal growth. And I felt really prepared from the courses I had taken at Oberlin--specifically a linguistics class that explored language as a political force. When I got to Morocco, I got to see how speaking French allowed me to communicate with a certain group of elite Moroccan people, but I couldn't speak with the majority of people because they spoke a different language. This really illuminated important power dynamics that I wasn't aware of previously. 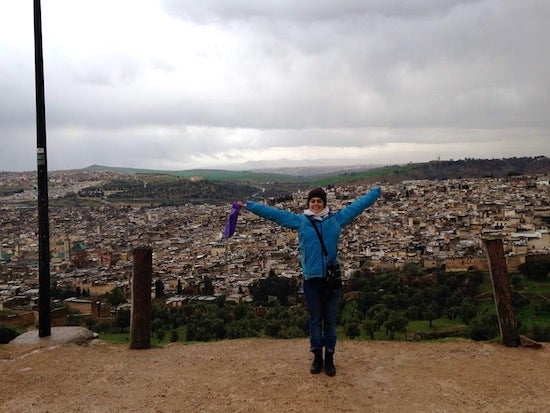 My other winter term project was going to be interning at an organic bakery, but it didn't work out. So I ended up switching to do an independent music study, where I wrote music with a friend and studied Bach. The lack of structure was really fulfilling, as I got to make it exactly what I wanted to be, even last minute. It was really cool that that worked out and I got credit for it, even though I had to switch last minute.

I'm majoring in French because I think it's important to think of language as more than just a means of communication, and I think that the language you speak has a tremendous impact on your identity, your social mobility, and even your perception of the world. Because I think all of those things, it's important for me that I have two lenses to process and articulate things through. On a more tangible level, I might want to be a French teacher, and travel and spend time in France, so it's important that I have a language with which to do that.

Do you have any favorite spots on campus or in the town?

The arb is definitely my favorite place. Every time I'm in a bad mood and I go to the arb, it instantly makes me feel better, because I feel connected to something more than just work, teachers, and books.

Can you tell me about your roommate experience?

I would say I'm one of the luckiest people at Oberlin in terms of my roommate situation. I decided I wanted to live in a freshman dorm, but that was sort of the only decision I made, and everything else was fate. And we live together this year at Oberlin too. Though I think it is probably a coincidence that we ended up together, I know that Oberlin did have something to do with putting us together and I'm really happy they did! 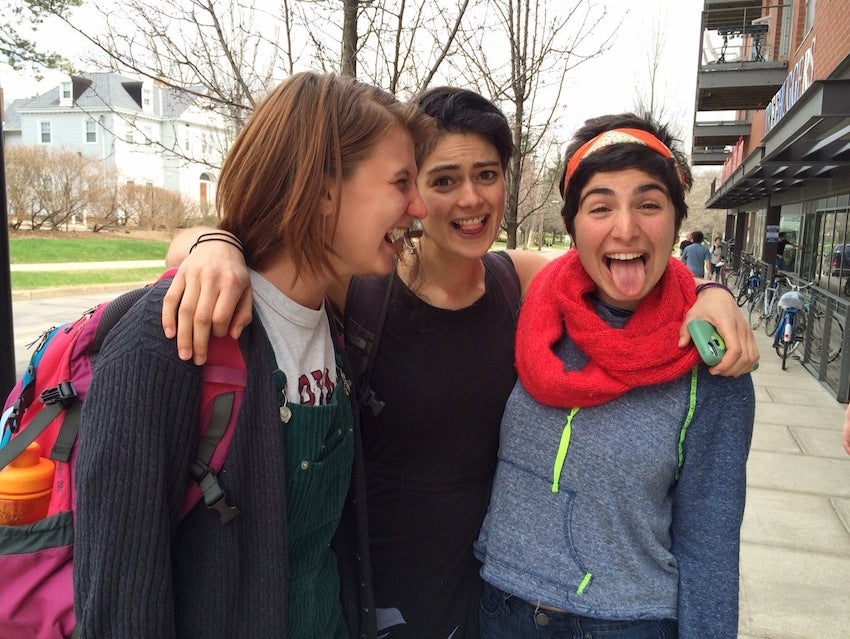 On her left is Zoe, her wonderful roommate, and on her right is Dana, another awesome friend. Behind them is Slow Train, the most popular coffee shop downtown. The photo was taken by her mom who, uh, also went to Oberlin.

What do you like about being in a co-op? 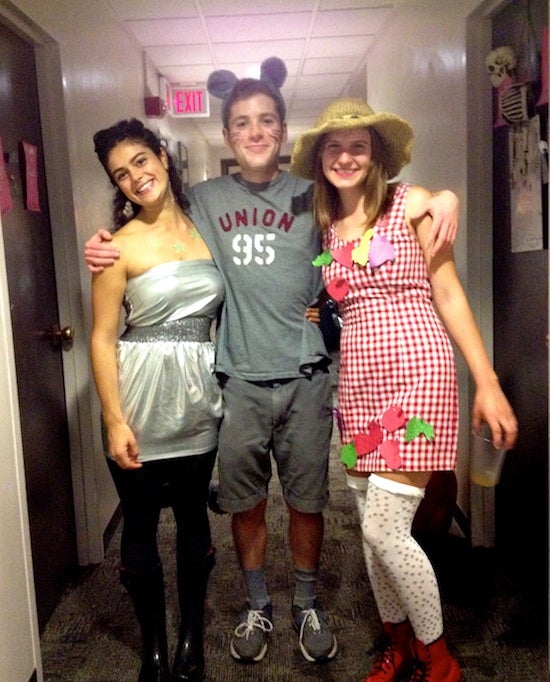 Georgia (the moon), me (a mouse), and Zoe (a picnic) at a halloween event in Harkness.