My first few days at Oberlin were not the best. Being thrown into a group of about 800 other people that you don't know is a pretty difficult thing to deal with, and for some reason it made me scared to talk. This, in turn, made me think that I would never make any friends.

However, a few days into orientation, I started to talk to a few people in my dorm, and I ended up going to a game night with a few other people. One of these people was Frances. Our group played some Apples to Apples, and later ended up going to the observatory to look at the stars and Venus, swing dancing, and bowling. Somehow, during that first meeting, I got the impression that Frances was a really mean person, but, nonetheless, I decided that we were friends. Frances claims that we also made a pact to get married at age 40 in there somewhere, but I don't remember that. 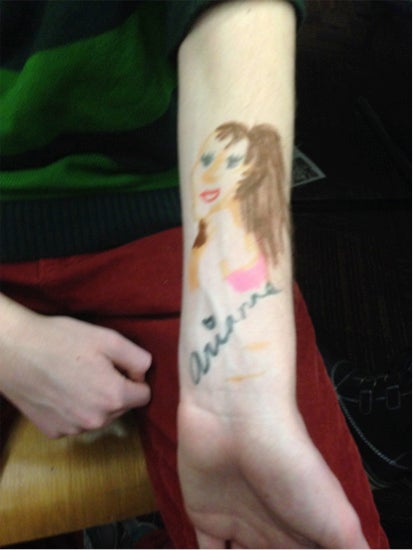 Frances is a true artist... just like Ariana Grande.

Anyway, as the year went on, I got to know Frances better, and she proved to be one of the nicest people I have met at Oberlin. She has helped me through a lot of problems, and she even drew Ariana Grande on my arm (what a sign of friendship).

In addition to befriending Frances, I did a lot of other fun things last semester. Besides taking classes with great professors, I also sang with a bunch of Voice majors in Oberlin College Choir, taught some 10-year-olds how to swim, played a few games of soccer after managing to avoid playing any sport involving kicking balls around a field for 10 years, learned how to play the organ, and engaged in a variety of other extracurricular activities. However, some of the more exciting things I did were more unstructured activities with my friends. Here's a list of some of the things I (and often Frances) did: 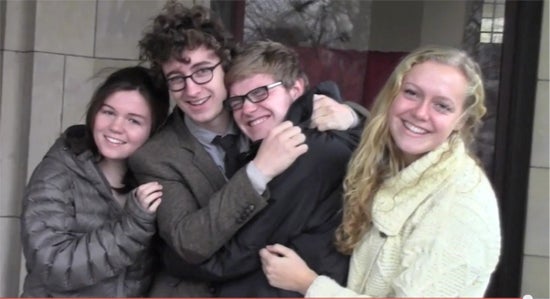 We're the cutest on-screen family ever. 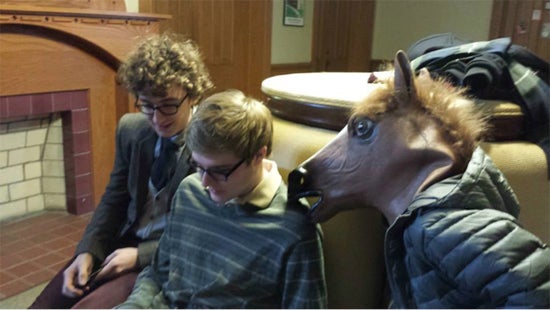 These are the kind of things that go down off-screen when making an Oscar-worthy movie.

Anyway, last semester was great, but I still have hope that this semester will be even better. Here's to more adventures! 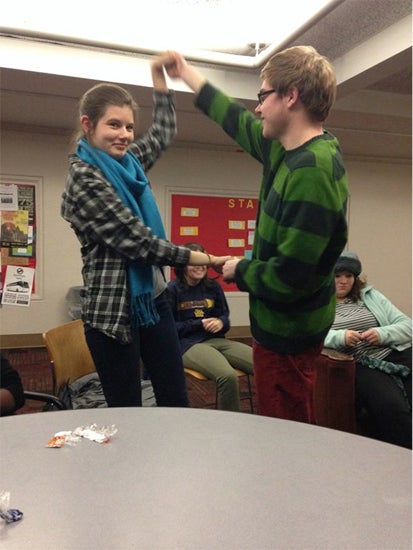 I'll leave you with this beautiful picture of two beautiful people dancing.

I was one of those people who was totally ready to get out of high school. I was done with my high school classes, done with my classmates who I had known since kindergarten, and done with my small town. I was looking forward to the independence and adulthood that I anticipated I would feel in college, and I saw myself blossoming into a better, more sophisticated and cultured version of myself as soon as I set foot on my brand new college campus.

That's not exactly how it went down.

I was basically on the edge of an emotional breakdown for the entirety of orientation. Moving in, meeting what felt like three hundred new people a day, saying goodbye to my parents, finding my way around campus, and the oppressive humidity (something we don't have in California) was all too much. My body and mind were tensed in an animalistic, "fight or flight" clench for most of the week. And yet, somehow, I got through it, and I got through it with some friends.

I didn't exactly have the typical freshman experience in that a good friend of mine from high school came to Oberlin, too. We actually ended up being assigned rooms across the hall from each other in Barrows. So I always had a buddy around, whereas most people had to awkwardly go it alone.

One night during orientation, I ended up getting swept into a group of about thirty Barrows residents going to a board-game night in Decafé. It was in this hoard of nervous, sweaty newcomers that I met the man, the legend, Brendan Nuse.

To be honest, the night is kind of a blur, as is most of the first month of last semester. I remember sitting at a table full of people in Decafé, playing Apples to Apples. Brendan and I tied for winner. Later, a bunch of people from that group all went bowling. There, I met several of whom I now consider to be my close friends.

Brendan is one of those people who suddenly decides that you and he are going to be friends. That's exactly what he did to me; not just being friendly, but literally not giving me a choice of whether or not we were going to hang out. It was an extreme, yet effective tactic.

After the overwhelming feelings of getting oriented to Oberlin died down, seeing what college had to offer me was really exciting! I remember going to the Club Fair and signing up for about ten clubs, then joining one. I helped teach a Safer Sex Week class with SURF, played some intramural soccer for Barrows, attended a bunch of fascinating lectures and convocations, and experienced my first Midwestern winter. I explored the Arb, rode my razor scooter down South Professor Street at midnight, and spent numerous late nights in Mudd spending more time watching bad 80s music videos than doing my FYSP reading.

My first semester of college was awesome, and one thing it taught me is even when an experience starts out really difficult, it can turn into something awesome. I can't wait to see what the rest of this semester brings! 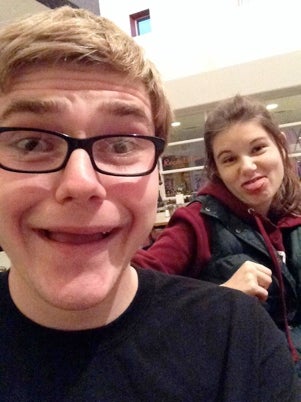 My selfie game has improved exponentially this year.