I used to be what's commonly referred to as a "fair weather runner" - which, essentially, means that unless the temperature was between 50 and 65 degrees, with wind and humidity at zero, I wasn't going outside to run. Luckily for me, I don't mind the treadmill at all, and have been known to go for absurdly long (12+ miles) on the thing if the weather outside isn't up to my standards - but I'm getting better about this. It began with my friend Shari, calling me up in Oberlin several winters ago and suggesting we go for a run outside. There was a solid two inches of ice and another six or so of snow, so naturally, I thought the girl insane. I laughed at her and said there was no way - and yet, somehow, half an hour later, there we were, plodding along side by side on the icy streets of Oberlin, snow soaking in through the mesh of our running shoes, brisk wind turning our limbs rosy red, winter sun on our faces. 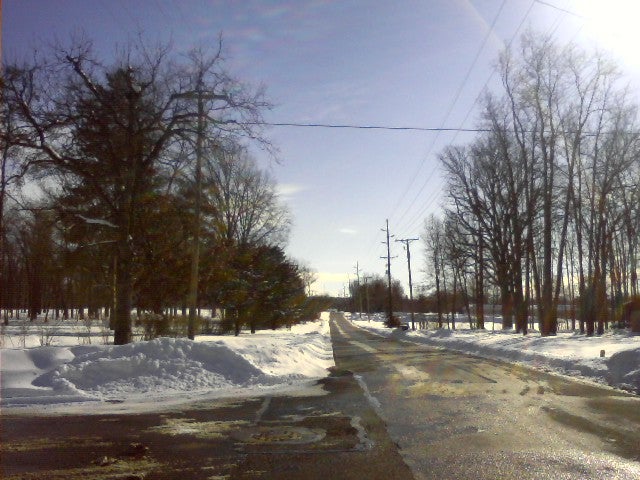 It was a day that would forever change my attitudes on running. Revved up on endorphins and the cold air bringing everything to life within us, Shari and I yelled into the wind, into the snow, cheering ourselves, the day, the act of running itself. We came back wholly invigorated, and since that day, I've never again shied from running out in the cold.

Several days ago, before the current "warm" streak and snow melt, I went for another such run, on my own - again, with ice and snow still everywhere, temperatures in the low twenties, and a bitter wind chill, I felt a little crazy. I don't have any fancy winter running gear - some sweats, a neck warmer folded double to cover my ears, and the old-sleeves-over-the-hands trick because I couldn't find my gloves anywhere.

It was a real treat to be outside that day. The streets of Oberlin were largely deserted - thankfully, since not all the sidewalks were cleared, so I was running down the middle of the streets - and the snow-coated landscapes along my course quiet and pristine. I passed a cross-country skier making his way across the golf course south of town; we both paused long enough between exhalations to exchange a "Beautiful day, eh?" before going our separate ways. 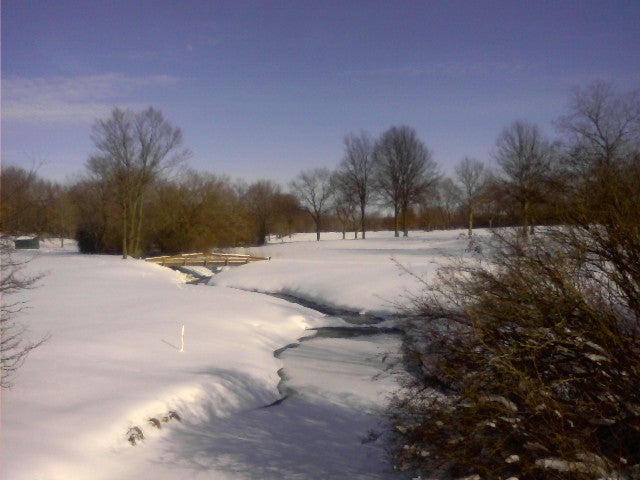 In one week, Oberlin's newly annual event, OBFit, will kick off - a two-week initiative to make exercise and health an easy and fun priority for students and faculty at Oberlin. It's a fairly new program, and one that I think is still underappreciated in its fledgling years, but really, an incredible opportunity - free classes in everything from yoga to Pilates to water aerobics, dance classes in hip hop and zumba and swing, free lectures, nutritional analysis, the newly minted "Wii Fit in the Residence Halls", and a number of other sweet ongoing challenges.

Personally, I will be taking on the "Tri Our Athalon" challenge of completing all the Iron Man distances - 2.4 mile swim, 112 mile bike ride, and 26.2 mile run - over a period of time. It will be good inspiration for me to do something other than just run all the time - and who knows, maybe even get me into shape for a real triathlon sometime in the next few months. Wish me luck!

After a long exciting season, the time has finally come: it is conference championships weekend!