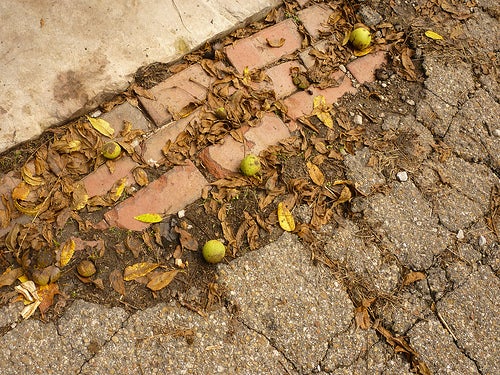 One of my friends observed last year that my room was covered in lists. I hadn't realized it until he said it, but it's true: I have lists of things to do, places to study, things I'm interested in, books to read, reminders to relax, hours I've worked, terms to look up, and topics to blog about posted on various surfaces around me pretty much all of the time. It stands to reason, then, that I make a list of things I want to do before I graduate.

I'm not the first person make an "Oberlin bucket list," I'm sure, and I'm not even the first person to post one online--Patrick did it two years ago. But I'm a different person, with different preoccupations and different things I've not yet managed to do. Here, then, in no particular order, are the things I intend to do before graduating (besides "get into grad school"):

Go to Organ Pump. Organ Pump takes place once a month in Finney Chapel, often on minor holidays such as Halloween or Talk Like a Pirate Day (September 19th). As I understand it, participants swarm up onto Finney's stage and lie down while a bunch of organ players--usually dressed up for the holiday in question--play music. The organ is huge--I could probably fit into the largest pipes if I squeezed--and it makes the floor shake. 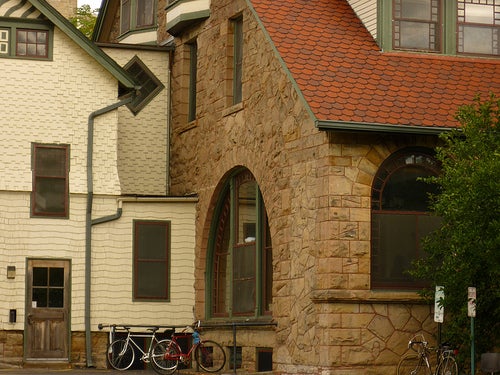 Have a latte at Slow Train. I've enjoyed mochas and other coffee-esque drinks for a long time, but it took me a long time to figure out the conditions under which I like coffee. Even with a fair amount of sugar in it I had to drink slowly and carefully. Then one summer day, when I was at home, I added more cream than I'd meant to and found it quite tasty. Years later--this summer--Dad to make a latte for a friend of mine. He replied that he didn't like the taste of coffee. I said I didn't either unless it had lots of milk in it . . . which, I suddenly realized, was the entire point of a latte.

So Dad made the latte for me instead, and I loved it. Both my parents say that Slow Train's lattes are delicious, so I intend to try them--this weekend, in fact. [Note: at the time of posting, I have actually had a Slow Train latte, and it was in fact delicious.]

Go to a jazz concert. We have a jazz program and a new jazz building and I have never listened to any jazz while at Oberlin. I must fix this. 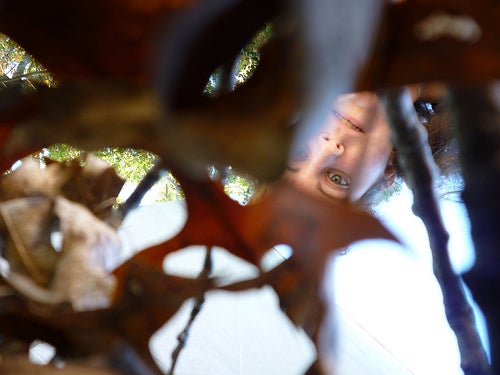 Spend more time in the library. Mudd library is a really cool place, full of nooks and study carrels and interesting collections of old magazines. I haven't spent much time poking around in there because I've been so busy, and I haven't spent much time studying there because if you put me around thousands of books and expect me to get any work done, you're crazy. But I like it in there, so I'll have to work out a way.

Make a habit of studying in places besides my room. This overlaps with the last goal somewhat, but it's also a way of getting me to be more social and to explore the campus more. It is with irony that I note I am writing this in my room, but I'm sick right now--I have an excuse.

Be up wandering around the campus at dawn. Whether this means staying up all night or getting up very early, I'd like to see sunrise over Oberlin. Besides, it seems like an appropriately liberal-artsy thing to do. Ideally I'd also be composing poetry in my head (surprisingly hard...I can usually only do eight lines before my memory gets saturated and I need to write things down). 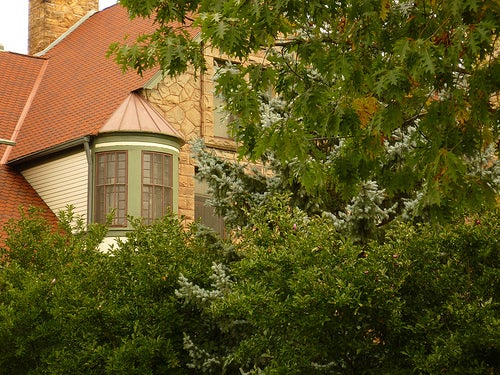 Go to Fourth Meal. Dascomb serves Fourth Meal at 11:00 PM. I've never been. Figure I ought to experience it at least once.

Go into buildings I haven't been in. Russia House, in particular, looks cool and old and somewhat mysterious. I want to explore!

Make friends with Ed Vermue. Ed Vermue is the Special Collections librarian who also runs the letterpress Winter Term class. I've met him once or twice when various classes went up to Special Collections, and he led a tour of the vast library storage space in Carnegie. He seems to know a very great deal about the history, construction, and care and keeping of books, and is therefore someone I wish I knew better. I doubt I'll have the time to actually get to know him, or to learn how to repair fragile old books--alas.

Go to the office hours of several professors I don't have class with anymore, just to talk. This, on the other hand, is something I can do. I took Oberlin History as American History with Professor Carol Lasser last spring and I still have questions for her about Oberlin feminism and the origins of the town/gown divide. Professor Jen Bryan taught History and Structure of the English Language and I never got around to telling her that I realized a lot of the songs in Lord of the Rings are actually Beowulf-style alliterative poems (Tolkien being a scholar of Old English, this should not have surprised me, but it did). And so on. 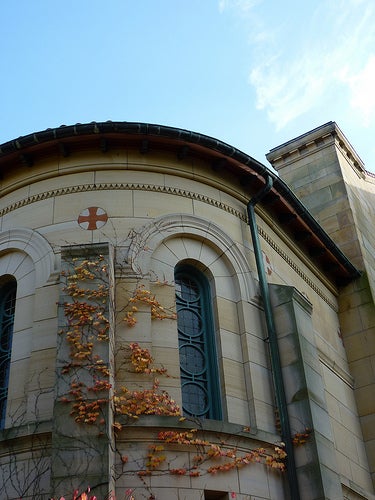 Go to a show in the 'Sco. It's really strange to reach your final year at Oberlin without having been to the 'Sco, but I've done it. To be fair, my tastes run more toward the kinds of shows that end up in the Cat in the Cream: folk music, poetry readings, and improv shows. (The one time I went to the 'Sco, it wasn't for what the 'Sco is normally used for; it was a clever, bittersweet recycled-material-puppet show/play by an interesting group called Missoula Oblongata.)

Go to a concert in Fairchild Chapel. These happen from time to time and I've heard the acoustics are great. The chapel itself is beautiful--I've been inside once.

Get dumplings from the Korean grocery store. People say they're really good.

Go to Bassoon Christmas. Heard about this from my first-year roommate. Apparently the bassoon studio puts on a very funny show towards the end of the semester. 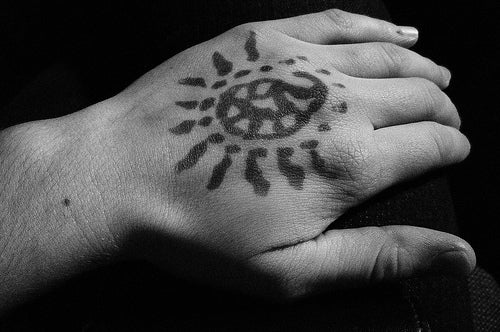 Get more involved in the community. I'm going to be volunteering at Oberlin Community Services this semester, a sort of umbrella basic-needs organization. Between that and my ongoing kitten-care at the Ginko Gallery, I think I'll get to know people who aren't students or professors, which would be nice.

Go to a session of the Oberlin Meditators (OM). I've been meaning to do this for some time. I'm rather curious about the organization, and besides, considering all the stuff I'll be trying to do, I think it would be good for my mental health! 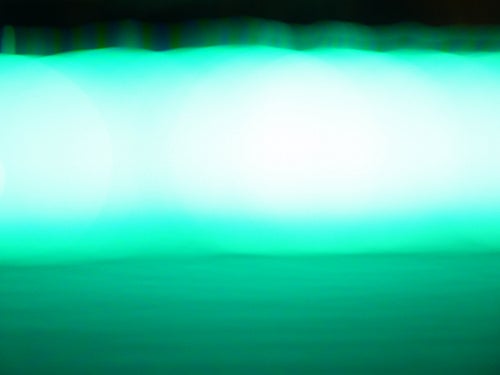 Anything else I ought to do? Leave a comment!

My "Oberlin Bucket List" consisted of these items: participate in the art rental, eat in more co-ops, go on a raid (I had missed the one hall raid my junior year), ride the drunk bus, and go into every dorm. I accomplished all of them! Especially the raid part, since instead of just going on one I ended up raiding several.

I didn't end up going into my last dorm--Old B--until Commencement week. Sad I waited, as it's super beautiful.

Also go to Kim's NOW. You won't regret it. And of course I recommend the Party Zone as the best place to do work.

AH I LOVE. THIS LIST. Do them all, for real.

I don't know that I could construct a bucket list, because, srsly, there is so much to be done. There are a bunch of things I didn't do til *after* I graduated that I sincerely regret not doing earlier — including visiting the language lab, going to the observatory (really, just explore the heck out of Peters, it's a magical place), and using the secret staircase in Wilder. There's so much more... maybe I should start compiling a list of things that folks should definitely do before graduating that I learned a little too late.

There's a secret staircase in Wilder!?

This is so great! I second Ma'ayan, do them all!

I have been to organ pump, although I didn't stick around until the end when everyone lies on the stage. I'm not going to tell you not to go (espeically since I just said to do everything on your list), but I will say that it was a very weird event.

I can confirm that Slow Train lattes are delicious. Also, Slow Train is a surprisingly good place to study, I like having some ambient noise when I'm working on papers and the like. The interent can be patchy which is ocassionally annoying, but it helps me keep on task (she says as she looks at the Oberlin blogs at Slow Train...).

Also, your aretotally missing out if you haven't been to fourth meal! Get on that ASAP, expeically if they're doing some sort of special meal soon.

Tess, I LOVE the photo of your face through the leaves! Also, just open the door to Wilder 100 and see where is takes you...

Pizza night: blew it. Oops. No more Fridays before I go home.

More involved in the community: accomplished, I think.

Bonus extra achievement unlocked: stumble onto Frank Lloyd Wright house while out for a walk.