"I like the fact that Oberlin is in a rural setting and sort of removed because I might be overwhelmed. Like there's already so much going on on campus that I think it might also be overwhelming to be in an urban setting. And I really like being in such a small school where I recognize people while I'm walking; anywhere I'm walking, I'll run into someone I know and love. And I really like the co-op system here... I wanted an intentional community of people who wanted to make a community together..." 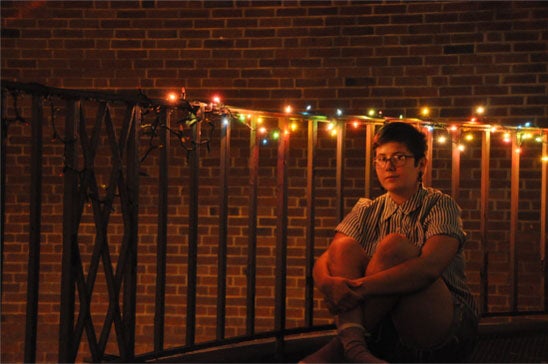 Age: 19
Pronouns: She, her, hers, they, them, theirs
Home on Campus: Harkness!
Hometown: From Portland, Oregon, but grew up in a Commune in Missouri
Major: Environmental Studies and Comparative American Studies
Favorite color(s): A royal deep purple and a turquoise sea green
Favorite animal: A cuttlefish
Special talents: Killer rugby co-captain, baking extraordinaire (specialties: cinnamon rolls and chocolate chip peanut butter cookies), and Master Knitter, Super Sock Collector
Favorite food: Depends on the mood, but maybe caprese
Favorite saying: I don't know. Maybe "I'll be alright"/"We'll figure it out"

Check out some of Kaia's favorites from her sock collection: 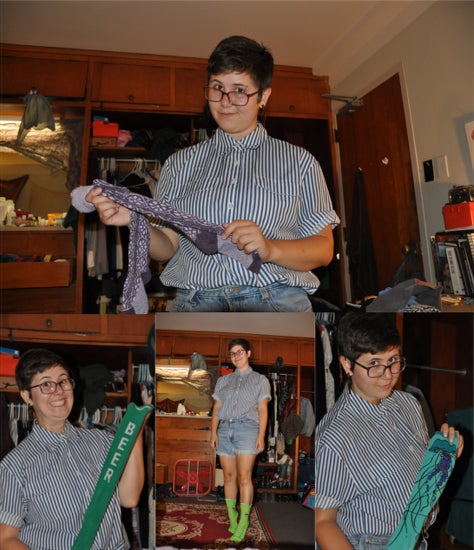 I don't have a super defined one, but it's mostly about traveling. I want to go to South America or Central America. I've always wanted to go to Peru and Iceland - Iceland just seems so beautiful, I flew over it once and I was just in awe. I also want to hike the Pacific Crest Trail. And I one day want to go on a long bike ride, like maybe not across the US, but maybe across Oregon or something like that. I guess that's a little wimpy. I don't know just a LONG bike ride. I want to go to Alaska as well.

Do you have any favorite spots on campus?

I haven't gone there since this summer but there's this beautiful area, it's like a little deck or something. It's part of the Jazz building... it's just very unexpected and beautiful. I'll take you there sometime. And I like the arb. I like my balcony. Peters is really beautiful.

What is your fondest memory of Oberlin so far?

Well I stayed last summer so I have a lot of memories from last summer. I was living in a great house with some fantastic people, who are gone now because they were seniors. But we would spend a lot of time on our porch in this big porch swing. Like eating dinner that we'd made together and watching fireflies and thunderstorms... And I feel like I really developed a sense of place, like not with the college but with the surrounding area. I'd go on long bike rides and would go to Chance Creek to go swimming sometimes. And it was nice to also slow things down and relax. 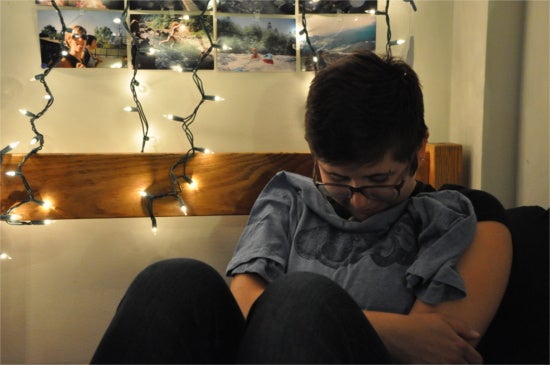 There was this one time, I think it was in July - there was this HUGE thunderstorm. Like lightning, thunder, buckets of rain. It was just coming down. And I went for a bike ride in it and I went to the arb and I took a walk and I saw a deer with her calf in a meadow there and it was so quiet and still. And at this point it was drizzling. It was gorgeous. And then I walked back down by the reservoir and ran into my friend Scout and went swimming. And it was right after the rain had stopped and there was all this steam rising off the water. And the water was so warm and perfect. And it just felt like, I don't know, like I was in paradise or something. It was a perfect moment!

Would you consider Oberlin your home?

Oberlin is sort of one of my many homes. I don't know, home is a strange concept because I moved so much. Like Portland is my home, but my room in Portland isn't really my home anymore. I was talking to my friend this summer about nesting, I think she was calling it, sort of building your home wherever you are, which I like to do a lot. I guess, but it's also strange trying to consolidate everything into a couple of boxes, like: This is home. I don't know where home is. It's here, Portland, maybe France. I definitely think that home is more defined by experiences you're had in a place and memories you have with that place than anything physical. 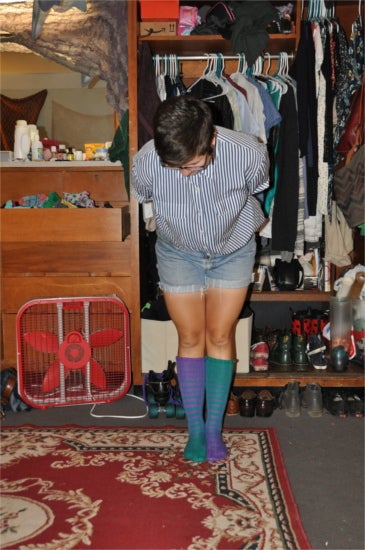 Check out Kaia's photo project, "This City," in which she photographs her friends in their favorite places in Portland: 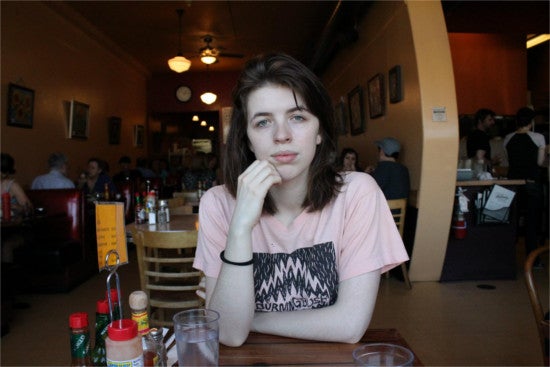 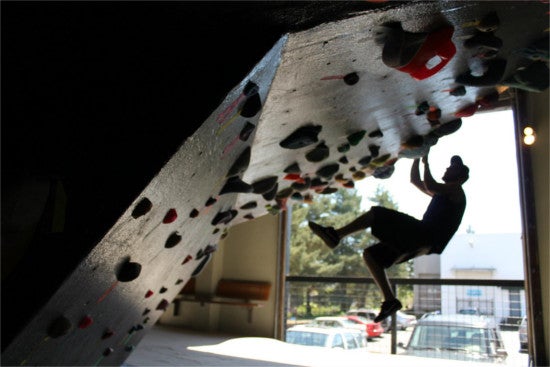 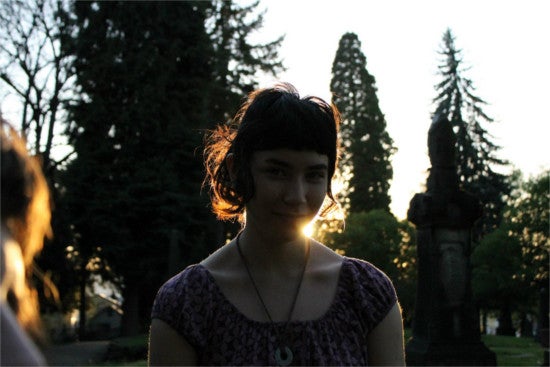 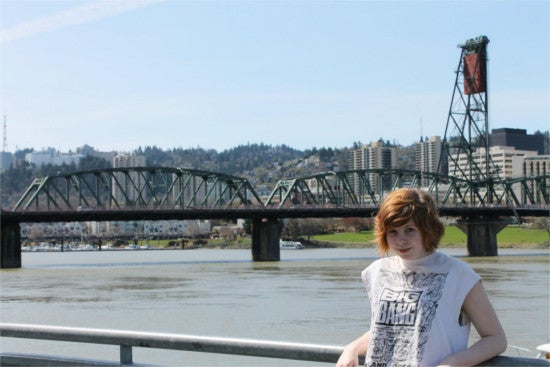