My involvement with OCircus started as an adoring fan that, if left untreated, would have ended up as a circus stalker. Luckily, the circus stalked me, too, and we're now in a serious relationship. But hey, that's okay with me.

OCircus is one of the largest student performance groups on campus, with over 100 members. I started photographing them for fun, then moved into photos for documentary purposes. Last year, I also started spinning poi and learning some object manipulation and stilting, to add a participant-observer element to my photos.

It's been over a week since the final performance of the Johnson Family Circus. (You can read a bit more about the preshow excitement and the performance on Aries' blog.) I'm in an extraordinary position to continue reliving the show for days, weeks, even months after. As media correspondent, I photograph every OCircus performance, and occasionally practices and dress rehearsals. I get to see skills over and over again and I am still wowed by them, even after seeing them hundreds of time.

Performance photography makes me quite happy. The inspiring events I see test my photographic limits and I love the opportunity to showcase everyone's hard work, and help them share it with far away family, use them for resumes, and remember it in the future. The circus, because of the multiple performances I attend and my personal involvement, compounds itself into a mass of what I can only refer to as a neverending circus fantasmagoria. Unlike other performances that require context to have some of the photographs make sense, circus will continue to look as fresh and beautiful as the first day I saw it on stage. The performers, the audience, and I will still gasp at the talent many years from now.

My parents are probably holding their heads in their hands because their little lady ran away to Oberlin and joined the circus, instead of using this school's fine resources to become a great scientist or musician. Actually, they're probably not. OCircus has helped me find a part of myself I didn't think existed: the element of risktaking. The organization consists of a solid group of talented individuals that will teach me more tricks, empathize when I conk myself in the head, and help me up when I fall down.

I am always conflicted when the prospect of another show appears on the horizon. I'm learning circus skills, and want to inspire others through performance, but I also think that photos are going to help spread the gospel of OCircus farther. So I choose to be involved from the sidelines, ushering and documenting. However, I'm seriously considering being involved with an act in at least one performance before I graduate. It just seems right. I'll still get my photo kicks, but I think I'll try my hand at performance as well. 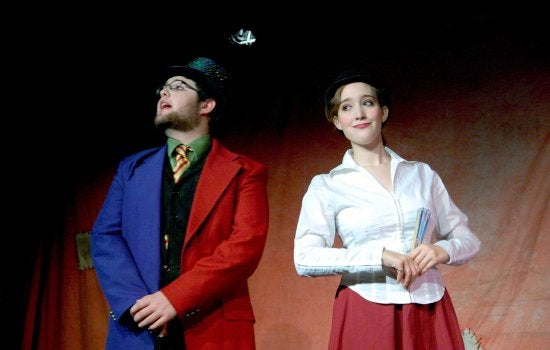 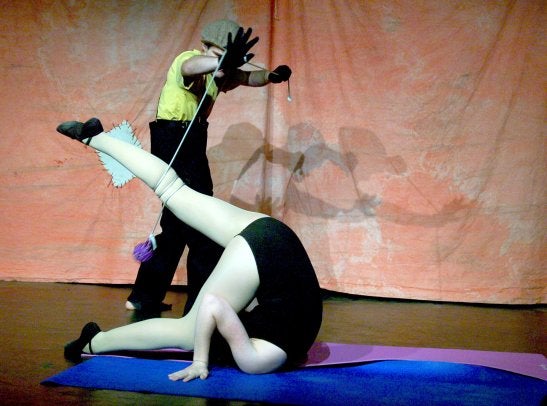 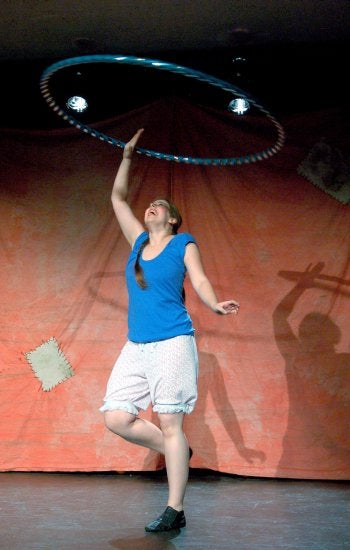 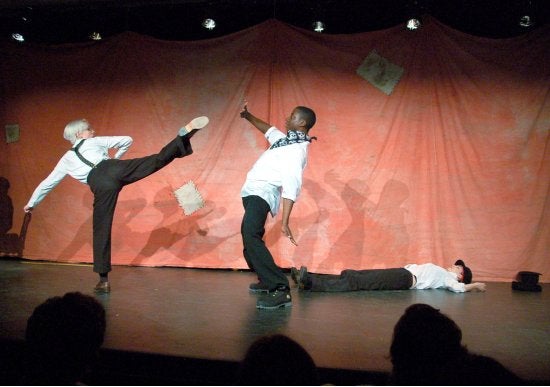 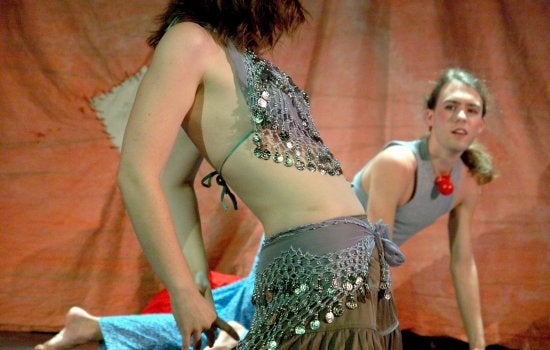 I've had my own love-hate relationship with circus. Well, mostly love for the circus and hate for the self-diagnosis that I do not have many marketable circus talents. Sure, I've dabbled in poi, hoop, rope-dart, staff, and others, but the only skill that I've ever felt was marketable for the show, or performance-worthy, was tumbling/acrobalance, and even there I feel that I've more or less plateaued in terms of my skills.

But part of what I love about the circus is the community of support. I say something like this around one of my OCircus-involved friends, and the vehemence with which they discount such ridiculous notions is stunning. Rife with suggestions, new ideas, and ways to synthesize already existing skills, the veracity with which the circus community (and I mean community) seeks to innovate itself, reach out to the greater Oberlin community (town included), and invite new dabblers, hobbyists, aficionados, devotees, and zealots to join the OCircus family is really refreshing. As a place where anyone can feel welcomed, I can't think of any institution more "Oberlin" than the circus.

This Thanksgiving I was at my dad's house, and as per usual, I got the pass-around-the-phone with my mom's side of the family. They all asked the same questions: how's school? when are exams? are you still performing?
Now, the performing they know of me was from high school, where I did theater, chorus, and dance. I tell them I'm still in choir and that I'm directing a few films and a play over winter term, but then I mention that the circus performance was a few weeks ago, and they have *no clue* what I mean by that.
I tried describing the Johnson Family Circus to my grandma and aunt, but I realized as soon as I started boasting about the existence of a bed of nails act, that I really shouldn't go into any details with them.

In any case, my parents tease me about "running away to join the circus" all the time, but I agree with you that it has changed me and made me into a stronger, more independent and capable person.