I walk into my voice lesson, super nervous. It’s March, we’re in downtown Chicago on a Saturday morning (so it’s cold and snowy), and I’ve just prepared some new repertoire for my private voice teacher.

In that fated lesson on that snowy weekend in March, I recall my teacher asking me if I was going to apply for Oberlin the following year. New to the world of music after just transferring to the first public arts high school in the city, I was a bit confused. I asked him ‘‘Where’s that?’’ to which he replied, ‘‘In Ohio.’’ He then told me stories of his college years in the early 80s and all of the amazing performances he was a part of, and the ‘‘weird’’ people he met–something I would hear over and again throughout the years about us Obies (and something that I‘m now proud of).

It definitely sounded like an intriguing place, but I was definitely not planning to go to school in Ohio. I was looking forward to college as an opportunity to reinvent myself and step into the world. Everyone knows the first step of stepping into the world involves a big metropolitan city (like the wonderful Chicago) full of people from all over. Next scene. Cue fate.

Not too long after that lesson, my guidance counselor at my high school told me about this program called Posse. It’s an organization that offers full-tuition scholarships for students with strong leadership abilities, who would benefit from their unique model of pairing 10 or so students together as a group of support. There are offices around the country with various partner schools and each school gets an incoming Posse.

As a student from humble beginnings, this was so compelling because I knew I would need scholarships to actually be able to attend college. A couple of Posse trainers coincidentally visited our school the following week, and I was sold. I began researching the partner schools for Posse Chicago and you guessed it–Oberlin was one of them.

Time goes by and now it's the fall of my senior year, when I began the Posse process. After three intense interviews, Oberlin kind of became more appealing to me due to the Double Degree Program. So, at the same time as I was interviewing with Posse, I was also applying to audition separately for the conservatory. Surprisingly I was chosen as a scholar (I think part of what got me in was my willingness to sing during the final interview) and I made a full 180 about attending school in the middle of nowhere in Ohio, of all places. I was SO excited, however ….

Equally (un)surprising was not passing the screening round for the conservatory. In truth, at that time I was pretty green as a singer and hadn’t had the experience needed to be competitive. Given that I was now committed to attend Oberlin through Posse, I decided to just audition again once I was there. Flash forward to the next scene: I'm in my first semester at Oberlin and I did just that, though while I passed screening, I didn’t get accepted after my audition. Crestfallen, I thought maybe another school would be a better fit for me considering where I was musically, but before giving up hope (and a full-tuition scholarship), I tried again my second year. Next scene, cue success.

After a couple of semesters of taking lessons with a professor, participating in as many classes and activities as I could to prepare myself, I was finally accepted into the Double Degree Program in my second year. I felt more confident in my skills at that point and had developed a strong work ethic of practicing and learning music. I’m glad I kept trying, because it was then that I felt like my time at Oberlin had really begun and that I grew as a singer from the process.

As hesitant as I was initially, Oberlin offered me a lot and that's how I got here. All the other schools I considered wouldn’t have challenged me as Oberlin had, and I’m thankful that I got to attend one of the best conservatories in the country, in addition to pursuing my academics in a rigorous environment in the college.

As every Obie’s college experience is different, I won’t get into all of the fun moments (including seeing an alpaca for the first time ever), tearful moments, crazy moments, stressful moments, or life-changing moments here as a student—at least not in this blog post ;) But they all happened, I got to reinvent myself, and even step into the world from this quaint town in the Midwest. And now with those two degrees under my belt, I’m all the better for the experience (minus some lost brain cells from a few all-nighters). 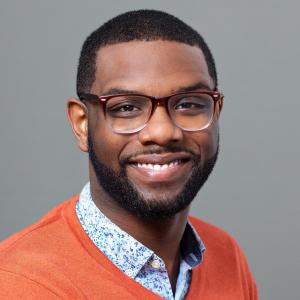 This is such a great story about your Oberlin journey, Ryan. I remember you singing at the final Posse interview!