Imagine someone handing you a check for $28,000 to go anywhere in the world to do whatever you'd most like to do in the year after college graduation.

That's the remarkably generous premise of the Thomas J. Watson Fellowship, which is awarded every year to up to 50 seniors from 50 select liberal arts colleges around the country, including Oberlin. There are very few strings attached: you can't return to the US during the year, you can't go to countries where you've already spent significant periods of time, and you have to be undertaking independent study (i.e., you can't be enrolled in a university program or assisting someone else's research). Apart from these few stipulations, though, the sky's the limit: the Watson encourages you to pursue your own passionate interest, and to dream big.

Sounds pretty appealing, right? But since this blogsite is mainly addressed to people still in high school, why am I trying to sell you on a fellowship that you can't apply for until you're a college senior? Because of what the affinity between the Watson and the college suggests about Oberlin.

Oberlin students have been highly successful in their quest to win a Watson: every year since the program started in 1969, there has been at least one Oberlin winner. The Watson is perhaps the most popular fellowship competition on campus, with dozens of students submitting detailed proposals for what they know will be a challenging competition. None of this is remotely surprising, since the personal qualities which the Watson seeks to support--resourcefulness, imagination, openness, and leadership--are abundantly manifest on this campus. My image of the perfect Watson candidate (independent, visionary, focused, flexible, creative, passionate, curious...) sounds very much like the students I encounter in my classroom on a daily basis. I understand that some other colleges have trouble recruiting enough applicants to yield four strong nominees--but that's definitely not the case here, where the Watson often seems the perfect culmination for an Oberlin education.

One of my most rewarding responsibilities is serving as Oberlin's liaison to the Watson Foundation. Every year I hold meetings to inform students about the fellowship, advise them about how to put together a strong proposal, and chair the faculty committee that selects the four students we're allowed to nominate. In the process I have the privilege of meeting some of Oberlin's most remarkable students. For example, our last three winners: 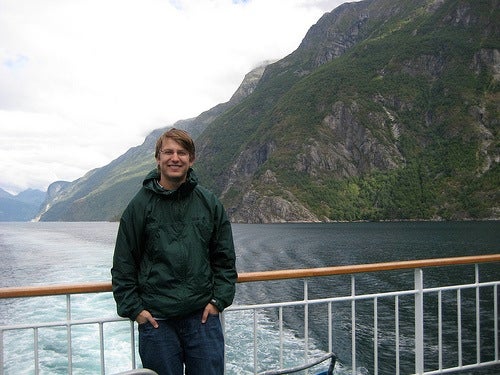 Dan Gessner '08 majored in Biology and Politics, and also did considerable work in Cinema Studies. For two years he was the liaison between the Oberlin Student Cooperative Association and the college, responsible for managing OSCA's overall business relationship with the college, and simultaneously was the co-chair of the Experimental College. In addition, through the highly competitive Cole Scholar Initiative in Electoral Politics (which Will blogged about earlier), he worked as a research intern over two summers for a gubernatorial and a US Senate campaign. Dan's project for his Watson year is to compare the ethics and logistics of national health care systems in Sweden, South Africa, Great Britain, and India. 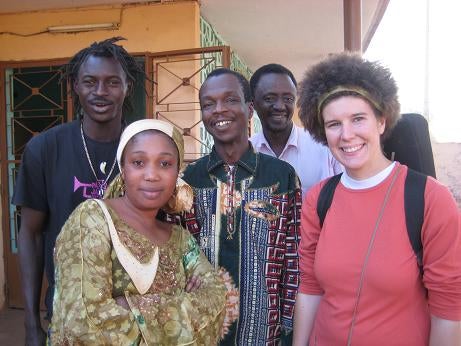 Sarah Politz '07 was a double-degree student, majoring in trombone performance in the Conservatory and English in the College. She too took on multiple extracurricular responsibilities, including founding a jazz worship band that played a mass every week at a church in downtown Cleveland, hosting a weekly world jazz program on WOBC, serving as Arts Editor of the Oberlin Review, volunteering in New Orleans in the wake of Hurricane Katrina, and holding a variety of positions in OSCA. Her Watson project was to study the interaction of native African, contemporary popular, and American jazz music in modern African society, traveling to Ghana, Senegal, Mali, and South Africa. You can read her remarkable blog here. 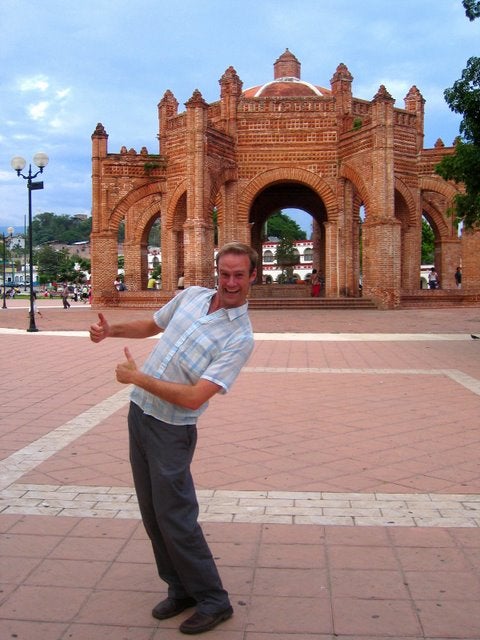 A sunburned Nathan Leamy in Mexico

After transferring to Oberlin from Deep Springs College in California, Nathan Leamy '07 majored in History, with minors in Politics and Comparative American Studies. He served on the board of directors of OSCA, directed an improv theater troupe, became an expert baker, and founded the Culinary Program House. In his Watson year he traveled to Mexico, India, France, Italy, and Egypt to study the global politics of food--more particularly, wheat--in all its agricultural, technological, social, and culinary dimensions.

A couple of weeks ago I wrote up the nominations for the seniors we've selected to be our nominees this year. In reviewing all their various application materials, I was struck anew at how uniquely gifted each of them is, and how well-prepared to take on the challenges of a Watson year. Thankfully, I don't have the responsibility of choosing among them! But whether they end up winning or not, it's clear that, armed with the benefits of an Oberlin education, they're going to make a difference in the world. They are Obies, after all.