When I reflect on that person five years ago, first setting foot on Oberlin soil, I see how different he is from who I am today—nearly a wholly distinct person. Oberlin has changed me, deeply and indelibly. And yet, Oberlin still feels like home today; Oberlin has been such a home to both those people.

Just a month ago I finally completed my last credits at Oberlin and… graduated1. Just as when I graduated high school, suddenly I find that everyone is asking me, “What next?”2

Well. For the moment I’m still here in Oberlin. I’m in love with this town and I’m in love with this school, so I don’t mind spending a little more time in it. I’m working for the Office of Communications as a web developer (a job right out of college!) and continuing to live in Delightful House with my dear friend and (platonic) wife Ma’ayan. I’m not sure what the future holds for me; it feels very open—leaving me simultaneously aimless and excited.

But I’ve been thinking a lot about how far I’ve come in the past five years. How much has changed. When I was in high school I could hardly imagine what it would be like—to go to college classes, to live without parents, to pay for the things I need and want, to schedule my own time all the time. Now these have been a part of my life for years.

But these are the two things that I think most make Oberlin special: the people I’ve met and the way that I’ve learned to think.

I met so many wonderful people. Ma’ayan recently wrote an epic about friendship at Oberlin and I guarantee you that I and most of the people I know could make similar lists. It boggles my mind to think that people who I feel so close with today weren’t even a part of my life for most of it. And yet I feel confident that a great many of these will sustain into lifelong friendships.

I think more deeply than I used to. I peer unflinchingly into complex issues. I know how to appreciate art with more than a passing glance. I have tools to solve problems that would have previously seemed unapproachable.

Some months ago Ben Jones put a question to the readers of his personal blog:

If someone were to ask you why you value your own liberal arts education, or why he or she should choose the same path, how would you respond?

I think my response to that question is the best explanation of what has happened to me in the past five years, so I’d like to share it here:

For me, DFW’s Kenyon commencement speech really captures it—more each time I read it.

There’s not an easy summary of it for me, but I’ll attempt. He says that a liberal arts education gives us more consciousness—it gives us the power to choose what we think about. This has been true for me. I now think about things on a daily basis that I never even considered before—they were part of the formless ether I swam through every day.

The power of my liberal arts education is that it has exposed me to perspectives and disciplines that I’m not used to or wasn’t aware of. (This is why I was so baffled that so many Obies were up in arms3 about Rove speaking… to me the point of my education is to hear as many diverse perspectives as humanly possible—even the crazy ones I disagree with—if not to be persuaded by them, then to better understand why I’m not persuaded and how to take them apart.) If I choose to, each day I can see the world through a mathematical lens—and it’s beautiful4. Because of English and Creative Writing classes I’ve taken, I approach books in a more thoughtful and critical way. Because of the few social science classes I’ve taken and numerous interactions with other Obies and lecturers, I think about the roles of gender, sexuality, race, class, &c. in our society. Not to say I never thought about these things before college, but Oberlin has expanded my understanding—there’s so much more complexity to all of these things than I ever anticipated.

People talk a lot about the Oberlin bubble and there’s a lot of truth to that. It is always a shock to leave Oberlin and be pushed into a world that doesn’t understand why I think the way I do. But this bubble idea can be reversed. I believe Oberlin has kept me from a narrow worldview—which is a sort of bubble as well. If I had gone to art school, to a writing conservatory, or into an engineering program, I would certainly be more skilled—but so much of the world would remain invisible to me.5

I’m not in any position to comment on how a liberal arts education affects my chances in the workplace. I think it’s clear that any degree—esp. one from a prestigious institution—doesn’t hurt, but I do imagine there’d be more money straight out of college if I’d gone to a technical school.

Still, there are other rewards for me. I think the more thorough understanding of the world that I have been provided with gives me more power to navigate it and effect change.6 And I feel more conscious every day—which to me is personally fulfilling.

I don’t know what the future holds. But I’m enormously grateful for the last five years.7 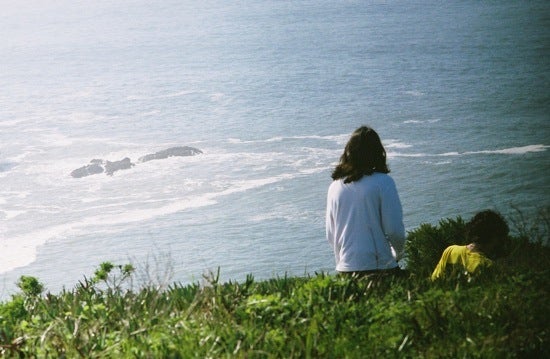 I'm so pleased that I've known you for so long and that you're still around.

"This is why I was so baffled that so many Obies were up in arms about Rove speaking… to me the point of my education is to hear as many diverse perspectives as humanly possible—even the crazy ones I disagree with—if not to be persuaded by them, then to better understand why I’m not persuaded and how to take them apart."
Amen.

Congratulations, Harris, on graduating, on your job with the Office of Communications, and on your ever-evolving self-reflection! Great entry. Looking forward to seeing where the coming years take you.