Question: Is Drag Ball...
a. Oberlin's answer to prom.
b. Four hours of dancing with ambiguously-gendered folks.
c. As much fun to prepare for as to attend.
d. All of the above! 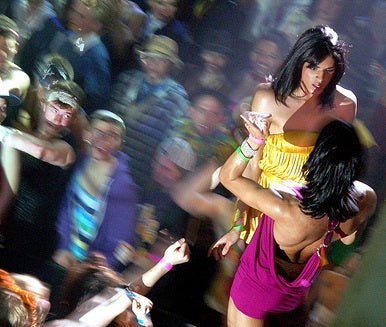 Drag Ball, formerly the Lesbutante Ball, used to be a really small affair, as much about LBGTQ education as a party. Now, over 1000 people attend Drag Ball, which hosts 3 rooms playing different styles of dance music, and a giant runway and performance stage. The whole student union is transformed to reflect the year's theme (Wizard of Oz), with huge, colorful lights, giant amplifiers, streamers and craziness. 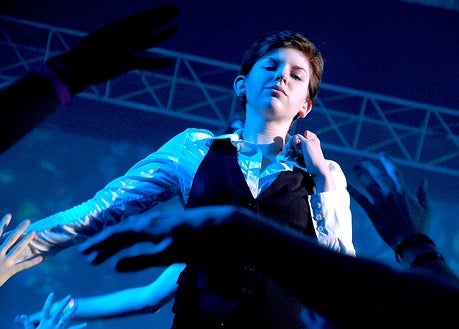 Hilary as David Bowie. Y'all remember how much I love David Bowie? Photo: Ma'ayan Plaut.

Through the years, Drag Ball has changed a lot. In 1995, Rolling Stone also ran a story on it, calling it "the Mardi Gras of the Midwest." In 1996, MTV aired full coverage of the event. The amount of educational resources before and after drag ball has shifted, though there are still workshops and panels about drag and gender presentation. 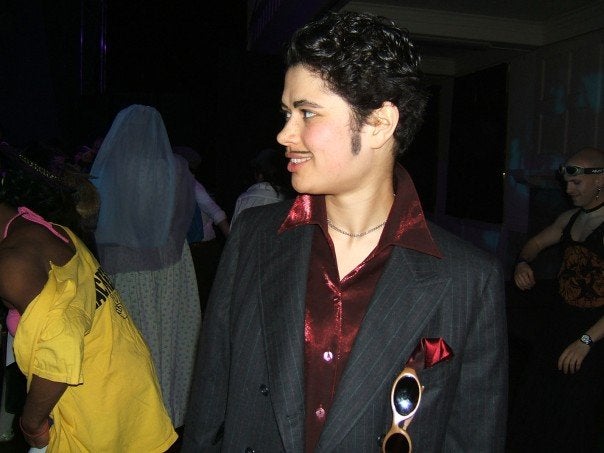 This year, Drag Ball was the most expensive event at Oberlin, going from 12 to 15 dollars. It was absolutely worth it. Daniela Sea of The L Word played a song, Murray Hill hosted, and Brown Girls Burlesque entertained. Other Oberlin students owned the runway, walking their way to win Best King/Queen/Gender-f**k. Of course, you don't go just for the show, you go for the crowd. 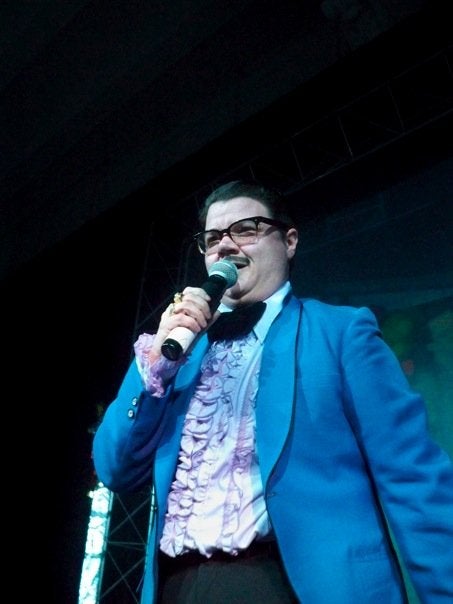 Ms. Frizzle and one of the bouncers for the event. Photo: Ma'ayan.

Everyone is attractive, even when you have no idea what gender they are. Everyone dances with everyone else--even the manliest men of Obies get really into it. For days afterwards, the lads of Oberlin are a bit less beard-y than before. Most of my bro-friends were unable to wash away all of their eye-makeup and nail polish. Everyone looked very Weimar-era Nightclub the next day. 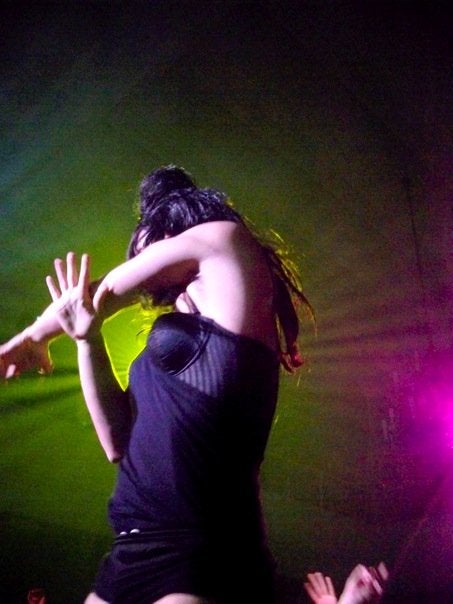 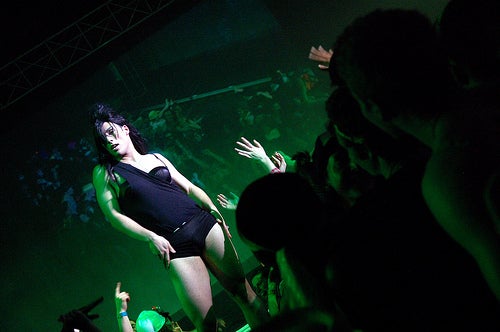 How does it happen? Hailey Laws. She and the Drag Ball Exco raise a lot of money and support. The Wilder Student Union staff are required to work for the event, as is Concert Sound--a lot of professionals go into making the event great. Still, from what I know of Hailey, she busts her life to get the program on. It's far too much for one person, but she does it. 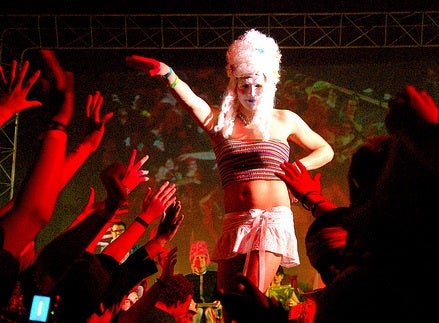 He was so amazing. Photo: Ma'ayan.

It really is prom, preparing for Drag Ball. Girls do boys' make-up, boys see what clothes their friends fit into. Whole floors bunch into the bathrooms to look themselves over. Tall girls and smaller boys share their shoes with the other gender. Girls learn how to walk like guys, and vice versa. It's lovely, you have to go to believe it.

Everyone is gorgeous, the end.

this sounds so much better than prom.

Didn't expect to see myself in your blog! I am flattered, milady!

You're the king, CT. I was considering posting the one with you and the playing card, but I like this one better.