My brother came to visit! It was glorious! He was part prospie, part spring break chillaxing. Smart high school kids with sisters with houses should obviously spend their spring breaks at college. Oberlin for spring break is a great choice; it was still a tad chilly for the few days Ben was here, but there were some daffodils that popped their heads out of the muddy ground. It's a sure sign of spring time. 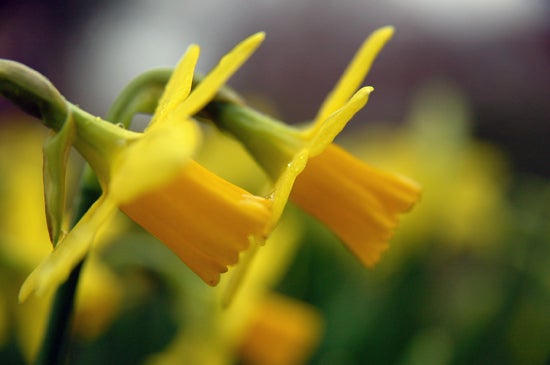 As part Oberlin public relations obsessor, part awesome big sister, I made beautiful detailed schedules that kept Ben busy and experiencing all the best things Oberlin had going on this weekend. He got in on Friday, just in time for Harkness pizza night, experienced campus culture and social life over the weekend, and then attended tons of classes on Monday and Tuesday. It was a good setup and introduction to Oberlin life, and I only wish all you other visiting prospies could visit for this amount of time. It's hard to experience Oberlin in one day, and gosh darn it, you guys try your hardest. My house is tiny, though, so I don't know how to make this sort of experience possible for the rest of you.

Below I will share some of Ben's observations of Oberlin, along with some anecdotes.

Well, compared to Hawaii, everything that isn't tropical fruit will taste better on the mainland. Hawaii isn't great at, um, growing traditional foods. As you recall, I rounded up a palate of Hawaiian foods this summer compared to mainland ingredients. Ben and I visited Harkness, Pyle Inn, and Keep, getting a wide range of tasty homecooked treats. He also fell in love with the milk here: Hartlzer's Dairy, my brother is enamored with you. I don't particularly like milk but Hartzler's does milk proud. It is tasty, sweet, and deliciously creamy stuff.

- You can walk 100 feet between two concert halls without going outside and hear music for five hours straight.

Saturday, I sent Ben with a schedule that kept him in the Con all afternoon. The kid wanted to hear music. Oberlin can give him music. From 1:30 pm to 6:30 pm, there was a series of junior and senior recitals and visiting performers in Kulas Recital Hall and Warner Concert Hall, which are just steps away from each other. This is the healthy kind of music overdose, and it happens all the time.

- You can start to recognize faces within a day.

The great thing about coming in during a busy weekend is that you can bounce from event to event and see entirely different presentations of Oberlin but still see familiar faces. Granted, I went out of my way to introduce Ben to every person I knew the name of, and I started conversations so that he could get input on what cool classes he could visit. Even if you're only here for one day, there's a good chance you'll see some common faces in your time here. We're not a big school. I think the familiar face phenomenon also speaks to the well-roundedness of our student body: deciding to go to art shows, concerts, and swing dances all in the same evening, and also taking science and politics classes.

Ben visited a variety of classes, hitting up all departments and most of the classes my friends recommended he visit. In the span of those classes, he saw a visiting lecturer, a short screening of scenes, a role-played argument, and many many discussions. Any kid that decides to go to classes over their spring break gets mad points in my book, but if you're not doing the homework and on vacation, these classes are fun! Well, they are fun even if you do have to do the work, but no one could handle the 27 credit schedule I gave him for two days, not even SuperObieMan.

- Coincidences happen, in the good kind of way.

In the vein of familiar faces, sometimes things happen at the right time for the right reason. Alani and I have teamed up this semester to do some glamourous fashion shoots (Alani is doing her senior cinema project in makeup design, and I love taking pictures), and we did a photoshoot with the stunning and multitalented Maya Coleman. Ben popped in to see the Mudd studio, and felt inspired to do all the lighting setup for the remainder of the shoot. The photos are fantastic, by the way. After the shoot, Ben and I headed home to make a quick dinner before Ben went to another concert, this time a visiting piano recital. I lent him my bike to get there quickly, and upon his return, said my bike chain had snapped. It was off to the bike co-op (more on this later) where we met up with Maya again, who helped me de-rust a fair amount of my bike and change my chain. It was an unexpectedly good turn to a unfortunate bump in my bike's career.

- We have surprises everywhere and golly, do we know how to problem-solve.

I gush about the Mudd studio often, which is an incredible space with lights and a great sound system which works well for both studio film shoots and photoshoots. I also have class in there several days a week, and I spend a lot of time in there for various video and photo projects too. It's like my second home. Ben had a blast setting up the lighting for us, and Alani and I learned a ton about how to do soft lighting, which made her makeup look even more fantastic. 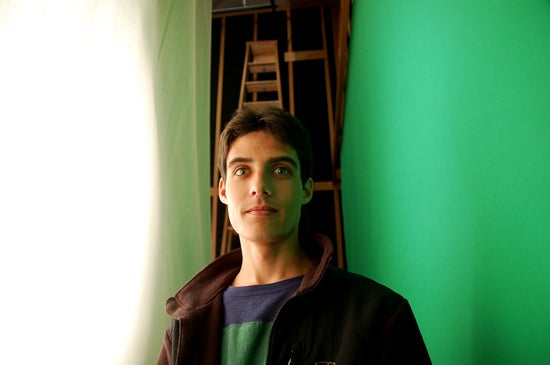 Gah, this lighting was great. Thanks so much, Ben.

The other surprise of Ben's visit was visiting the bike co-op. It's an amazing place, and I tout it often, but I have never been there. I didn't have a bike till this year, so I never found myself there. Senior year rolls around, I'm giving my brother a comprehensive tour of the cool hidden secrets of Oberlin, and my bike breaks, so we stumble into the bike co-op late at night on his last night here. We carried my chainless bike down the stairs into the bike co-op, located in the basement of Keep, to the smell of grease and mustiness, hung our coats on the gear shift coat rack, and took my bike to the back fix-up area to de-rust and re-chain. It took a bit of time and some tricky problem solving involving the chain being too long and too short, but Maya and Ben helped me fix up my bike. Now, my nameless bike* has a new chain that makes my bike smooth and silent, like a spy. Thanks, kids.

In honor of Pi Day, I had the brilliant yet unoriginal idea to make a pie. Lemon meringue, to be exact. The only problem with this plan was that I started making the pie at about midnight on a Sunday evening, so I kept the crust in reserve till I had a little bit more time to make the pie. Thursday evening I finally got to finish making the pie, so Friday and Saturday the permanent and visiting residents of my house were stuffed with much pie. Saturday ended very late for all of us, breaking down into ridiculous discussions in the kitchen after a concert and swing dancing and most of my housemates returning from Gaga Ball (Don't even ask. It involved crazy things...).

We also attended the finale of Evenings at the Wormhole, a semi-improvised show conceived of by my dear friend Harris. I started raving about it before Ben got here, and by Monday evening, he was counting the hours before the finale started. I don't need to go into too many details, but all you need to know is there is a bar where all the famous historical figures in the world defy time and space and end up hanging out together and antics ensue. Aries writes a bit about the scenarios in her blog post here.

A short list of cool things Ben found pretty cool that you would probably like too: The Grape (our alternative newspaper, we've had some staggeringly good issues in the last few weeks), semi-improv shows, epic amounts of dancing, circus playtime (Ben learned to stilt! In like five minutes with help from Yoshi!), talented performances by students and visiting artists alike, fix things for fun, eat pizza at Harkness pizza night, eat dinner at the Feve, get an adjective sandwich at Decafe... Yeah, we kinda like food a lot, or maybe that's a fixture on my Oberlin tour. 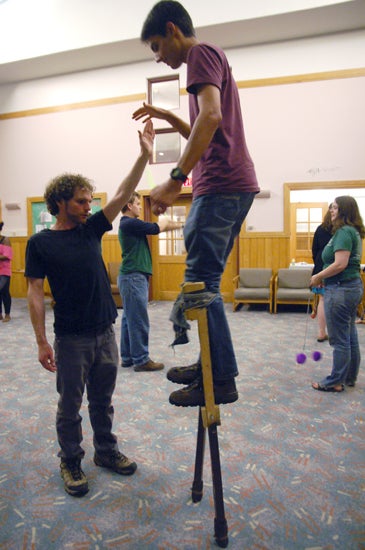 Ben + Yoshi + stilts = two scientific minds and two sticks = learning how to stilt in five minutes. It was impressive to watch.

- We like to talk, but not necessarily about ourselves.

The niece of one of my professors was in town over this weekend as well, and Ben and I met up with her to talk about Oberlin. She came prepared with a notebook full of questions, not necessarily standard questions you'd ask on a tour or at every school. She knew a ton about Oberlin, and her well-informed questions about housing and campus life made me look back fondly on my last few years, and gave Ben an idea of what sort of things Oberlin has in store for four years.

To quote Ben, "Oberlin is unique and I think they know it, but they don't try and show it off." I think that's what makes us special.

*Remember Karl's fabulous post about his bike Chelsea? I realized that I spend so much time with my bike that it probably needs a name. Any ideas?