During my first two years at Oberlin, I was able to stay on campus for commencement week because I sang in the commencement/reunion a cappella concert with Nothing But Treble. Both years I also worked at the pool to fill my time and make some extra money. Both years I lived in Dascomb and spent a lot of my free time hanging out with members of Round Midnight, another a cappella group. Both years the Saturday night concert was followed by an a cappella party, hosted by whichever Obertone had the biggest house and most tolerant housemates. The morning after that party I would head home rather than staying for the ceremony on Monday. There are standout moments from each year - some good, some deeply awkward - but those first two commencement weeks tend to blend together in my mind.

As you might imagine, this commencement week was a bit different. This one was my senior week, so rather than thinking about it in terms of hours spent at the pool and dollars in my bank account, I thought about it in terms of goodbyes, thank yous, "last times," and above all, time spent with friends. But as a nod to previous years, I've decided to break senior week down by the numbers.

Six Feve days
At some point this year, I heard about something called "Feveryday," which means going to the Feve every day for a week. The week before commencement, I sort of jokingly said that I might try to do Feveryday before graduating... then on Wednesday I realized I had been at the Feve at least once a day since Saturday. I pre-gamed for karaoke, went to senior night, got drinks with Ben and Ma'ayan (and ended up doing shots with a professor?), knitted over beers with Ma'ayan and Tanya, got a free Black Label to celebrate the Feve's 23rd birthday, and pre-gamed for the 'Sco three separate times. After all that, I decided I needed a detox, but I still ended up back there twice on my last Saturday in Oberlin, once for brunch with my family and then again after my a cappella concert. 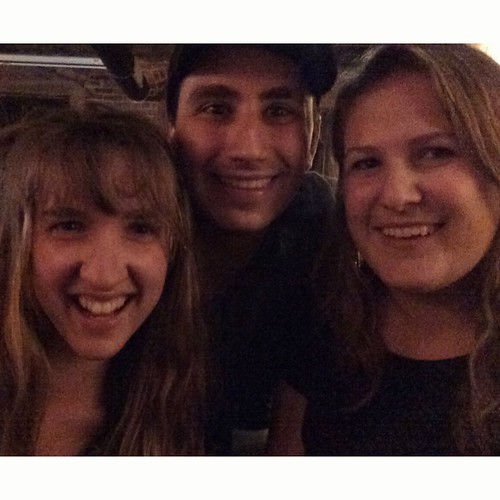 The Feve by night...

Three nights at the 'Sco
As much as I love dancing to Top 40, I am not a frequent visitor to the 'Sco, Oberlin College's only club. I never felt like I had time to go out during the middle of the school week, but in the week before commencement, there are no early morning classes to wake up for and no assignments to finish at midnight. Plus, everyone around is either a senior or friends with a lot of seniors, making the Sco a more fun, sociable place for me. On top of that, there were some great theme nights I didn't want to miss. Monday was Motown night, which I went to with a group of Trebs. Tuesday was ABBA night and, all credit to the DJ/my friend Pablo, it was transcendent. I love ABBA and Swedish pop music generally, and because a lot of my friends do too, there were a ton of fun people I knew that I could dance with. Over all it was the best night I've ever spent at the 'Sco. As for Wednesday, it was just a normal splitchers (i.e. slices and pitchers, a Wednesday night Oberlin institution), but it was my last chance to go to one, so I figured, why not?

Four nighttime walks
After some of these nights out, I didn't want to go back to my apartment immediately. Instead I would walk around parts of campus I didn't see every day, usually for around half an hour or as long as it took me to cool down after leaving whatever warm, sweaty space I had just been in.

On another night, I ended up taking a much longer walk with my friend Mariko, during which we talked post-grad life and the past year, plus all the things you might expect two comparative literature majors to talk about: poetry, translation, and life in multiple languages.

Four a cappella groups
The commencement a cappella concert is the center of a number of Trebs traditions: wearing black dresses and flowers in our hair, inviting our alumnae onstage to sing a song we perform every year, and passing leadership roles from the seniors to the underclassmen. The concert is in Finney Chapel and tickets always sell out, making it the biggest a cappella performance of the year, as well as the last one for any graduating seniors. This year the concert included four groups: Nothing But Treble, Round Midnight, the Obertones (accompanied by a lot of alumni), and the Acapelicans. While I enjoyed every group, to me that concert was all about the Trebs. In all my years of singing with the group, I don't think we ever performed better and I can't imagine going out on a higher note (literally, because I sing soprano 1 and some of my parts are beastly). 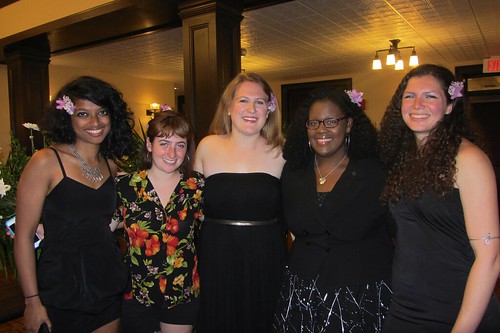 The senior Trebs and our double-degree fourth year Treb 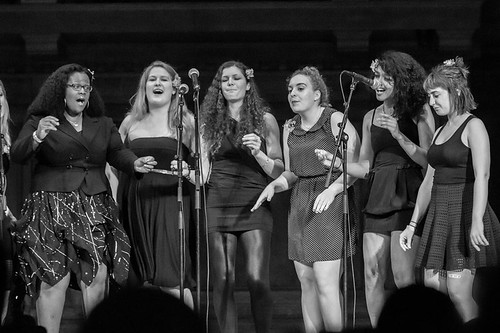 Mom took this photo, and to hear her tell it, this is Trebs "rocking the house"

Three receptions
Somehow I ended up being invited to three receptions all happening in a four-hour period on Sunday afternoon. The first was the comp lit open house, at which we could only spend half an hour. The next reception was at the president's house. Of course it was an honor to be invited, especially since I got the invitation because I won a Fulbright, but it wasn't as personal as the departmental open houses. The next reception, the German open house, was definitely the standout of the day. With only eight majors vying for time and attention, my parents and I got to talk to every professor who was able to be there. The main event was a short ceremony to induct the first class of Oberlin's chapter of Delta Phi Alpha, a national German honor society. After that, the professors gave every major a book they picked out based on our interests, and Marina, the professor who lives in German house and runs German table, gave us each a gift bag with a book and a card. If you needed proof that the German department is the sweetest, that is it.

Two amazing speeches
As you might've heard, Oberlin had a pretty special guest on commencement day - Michelle Obama (read about why on Tanya's blog)! She was in and out of Oberlin in a flash, arriving as we lined up to process and leaving during the ceremony, but she had time to give a pretty amazing speech. It took Martin Luther King Jr.'s 1965 Oberlin commencement address, "Remaining Awake Through A Great Revolution," as a jumping-off point and emphasized how to avoid becoming cynical and complacent in a world that seems resistant to change. I think my favorite section of her speech was the following,

If you truly wish to carry on the Oberlin legacy of service and social justice, then you need to run to, and not away from, the noise. Today, I want to urge you to actively seek out the most contentious, polarized, gridlocked places you can find. Because so often, throughout our history, those have been the places where progress really happens--the places where minds are changed, lives transformed, where our great American story unfolds.

So often we want to be a big dog and make a big difference but all of us can be a flea and bite and bite and move the biggest dog. Enough determined fleas biting strategically can make the biggest dog uncomfortable. And if some of us are flicked off but keep coming back and continue biting, we can change our nation. So be a flea for justice--for children and for the poor.

I'm so proud to have graduated from an institution that values these black women's voices so highly and I know I will have to work hard if I want to live up to their example in the coming months and years. But in the meantime, I have... 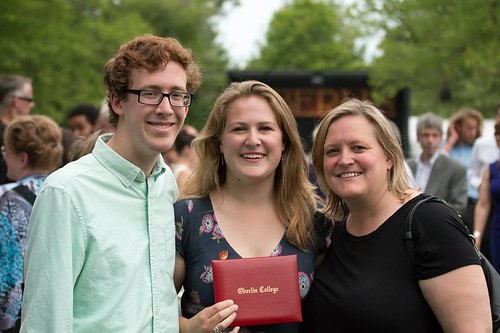 Photo by my dad