Consider this a part one to my first real goodbye to Oberlin.

See, I'm staying one more week at Oberlin for commencement, working for S&S and performing in the OCircus! Commencement Show, so I haven't quite buggered off yet.

But in many ways, right now - 1am, the Sunday after Finals have finished - feels like an ending. Too much has happened, and too many of my friends have left in the blink of an eye.

So, without further ado, let me tell you how I ended my first year at Oberlin, skidding to the finish line in a cloud of dizzying euphoria, riding high, and hollering at the top of my lungs (metaphorically).

The last week of classes was hectic. I was dealing with the last of my assignments and course material... but more importantly, it was the tech week for the OCircus! Spring Show, 'Under the Big Top!' That meant that every evening we would have practice time to put the show together.

But it wasn't easy. I was in three full acts, so I had to devote extra time to putting those together - a horse and rider tumbling/partner acrobatics act with Casey (who I did my partner acro act with last semester), the final group act where we built pyramids and jumped over them, and a Swing dancing act with Amy.

From my first year at Oberlin, I can say with certainty that I discovered two new loves in Circus and Swing - so it felt like it was all coming full circle when that Swing act ended up coming together in the circus show. Two distinctly separate passions of mine beautifully smashing together, in the best show I've ever been in.

Needless to say, being in three acts was a lot of work, but it was also an exceptionally gratifying experience.

It took a considerable amount of will power to not just post all of the pictures here... so consider this a highlight reel. The theme was 'traditional circus':
Photography credit to Yvette Chen. 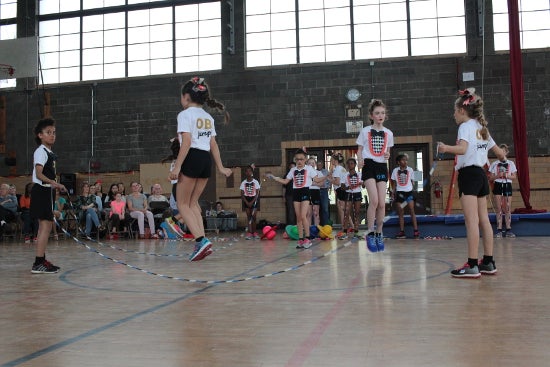 'Obie Jump', a local elementary or middle school jump rope team (I'm still not really sure), performed at both shows. I didn't know that jump roping could be so awesome. 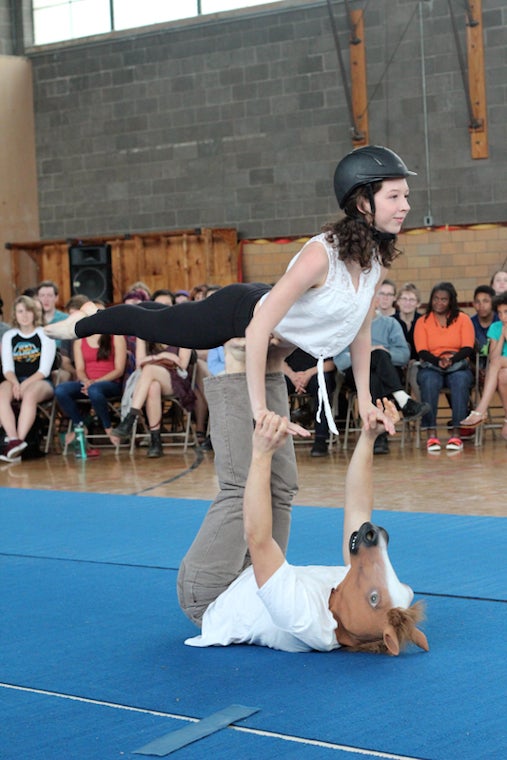 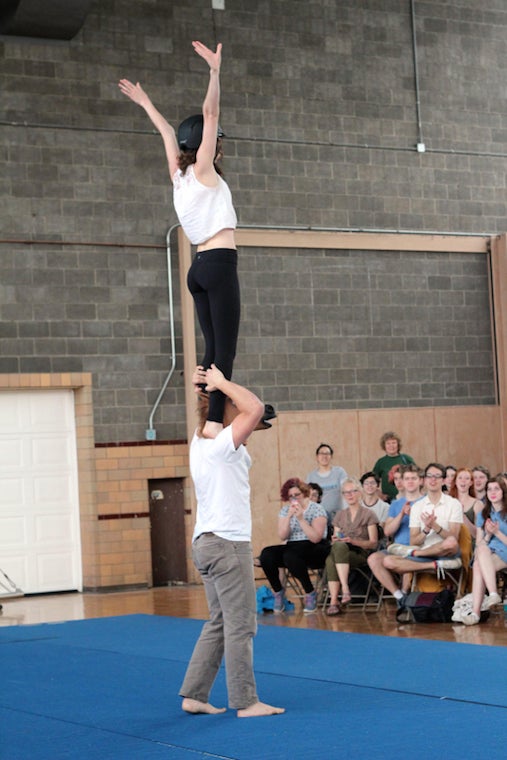 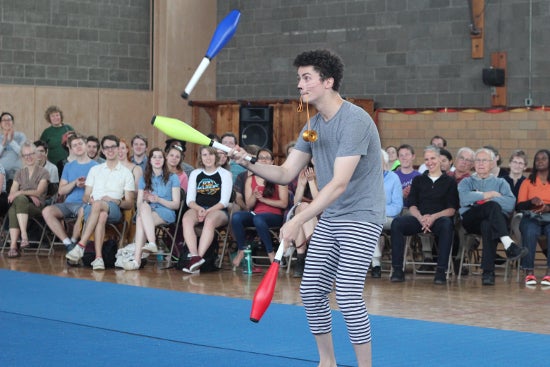 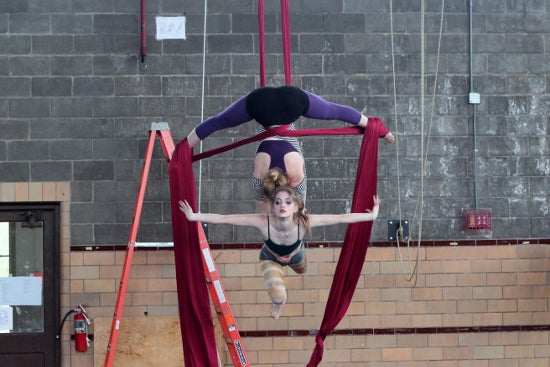 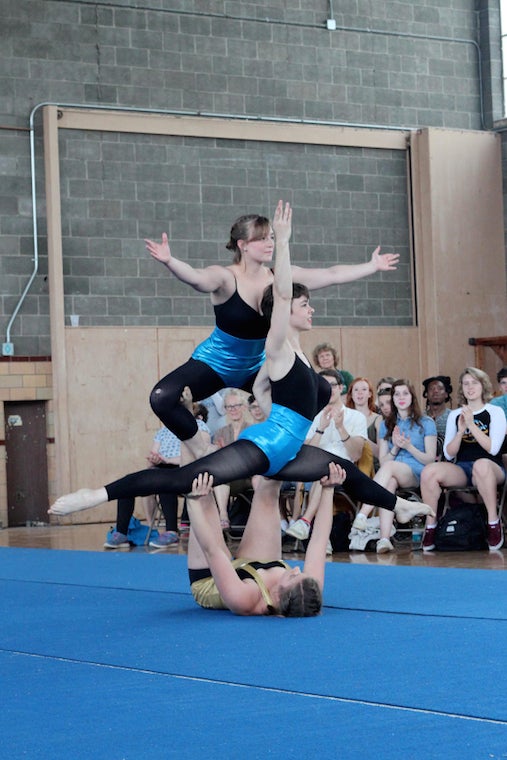 It's not a traditional circus without lions and tigers: 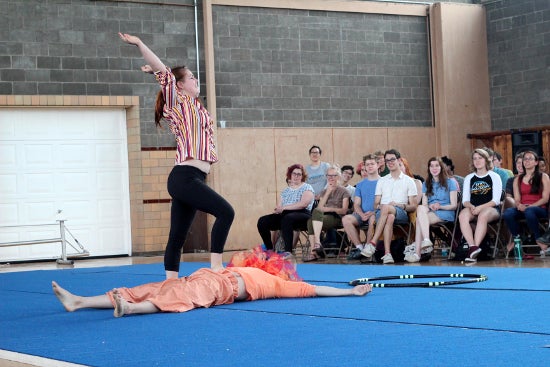 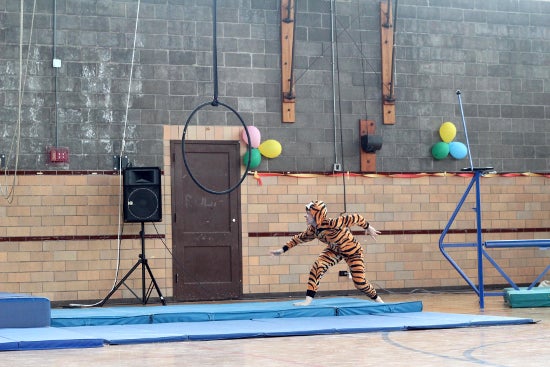 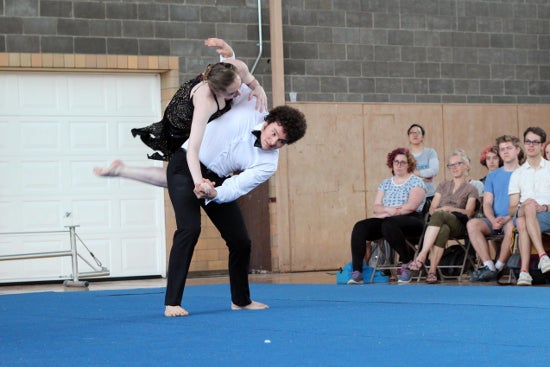 Swing dancing in the circus? Why not? 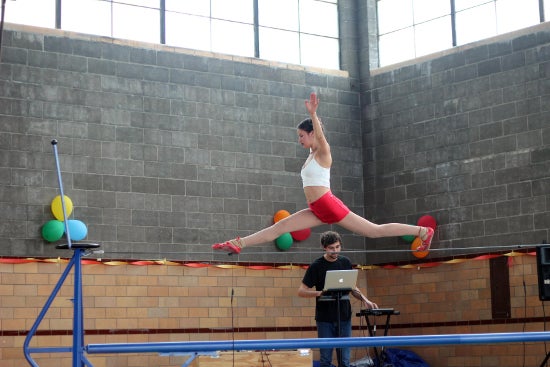 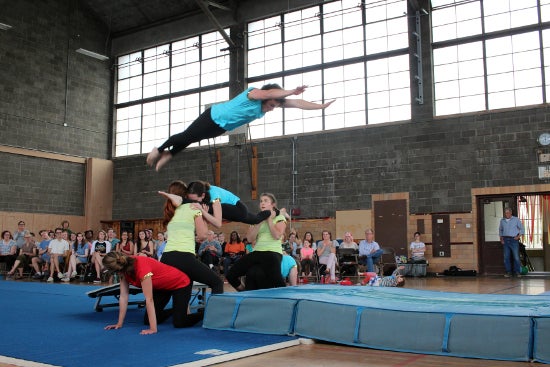 Yes, I did actually have three costume changes... and yes, those are sequins on my shirt.

I'm already getting nostalgic looking at the pictures...

Am I forgetting something?

We had two shows on Saturday, and finals began the very next week. I had my Computer Science 151 final on Wednesday, my Chemistry 102 final on Friday, a paper for Intro to Cultural Anthro, and a group project for 100 Poems.

Because of the show and the tech week, I didn't even start studying until Sunday. So naturally, I was pretty busy catching up and studying hard over the week. It was stressful, sure, but manageable.

In between moments of hard work and fervour, I managed to find time for my friends. I still had some crazy times, doing some crazy things that only really can happen during finals week at College after your first year.

And then it was done.

People started moving out as soon as they were finished with finals - for some, as early as Wednesday. I didn't even get to say goodbye to some people.

And even if I did get to say goodbye, it wasn't easy. We might all be coming back in three months, but it felt like an ending, somehow. We were done with our first year, and we were never going to get to experience that again.

Tonight was Sunday, the 'official' end of finals period - and I watched one of my all-time favourite movies, Hot Fuzz, with two of my closest friends. They left early the morning after, and so we said goodbye.

I stumbled back to my room, over the pile of stuff in the lobby to be donated to the free store, through the empty halls, and through the deafening silence.

And so, here I am, sitting in my cleaned-out dorm room, officially finished with my first year of college, wondering where all the time went.