In so many ways, life circles around us: old friends sweep back into your life after years apart, similar experiences continue happening to you, familiar scents strike you in foreign cities, jokes are told around one dinner table and repeated around another on a different continent. I've long thought that these are the universe's ways of inviting us to reconnect with ourselves, grounding us against a swiftly (and sometimes distressingly) changing world.

I am currently sitting in the airport lounge in Lisbon in Hour 5 of my layover. I am on my way home from another frantic, inspiring, harried, invigorating trip. Six countries in 21 days: Morocco, Jordan, South Africa, Botswana, Swaziland, Ghana. The time in each was far too short, but I was so lucky to reconnect with old friends in four of the countries — enough to remind me what, and who, and why it is that keeps me in good spirits during trips like these (and their accompanying 26-hour journeys back to Oberlin!).

I hadn't really done the math before I flew out to Morocco: I just knew I was excited to go back. It's been a decade since I left Casablanca — interning with the 6th grade at Casablanca American School was my first job out of college. I was looking forward to seeing the campus again, to noting changes, and to finding out if any of the teachers who'd been there in my time still worked there (some do and I got in some super tight hugs in between classes!).

But as I said, I hadn't done the math. It wasn't until I walked onto the campus that I realized that I was last there nearly ten years ago exactly. And that the students who'd been sixth-graders then were long graduated from high school — so long graduated, in fact, that the week after I was in Morocco was the week of their college graduations. 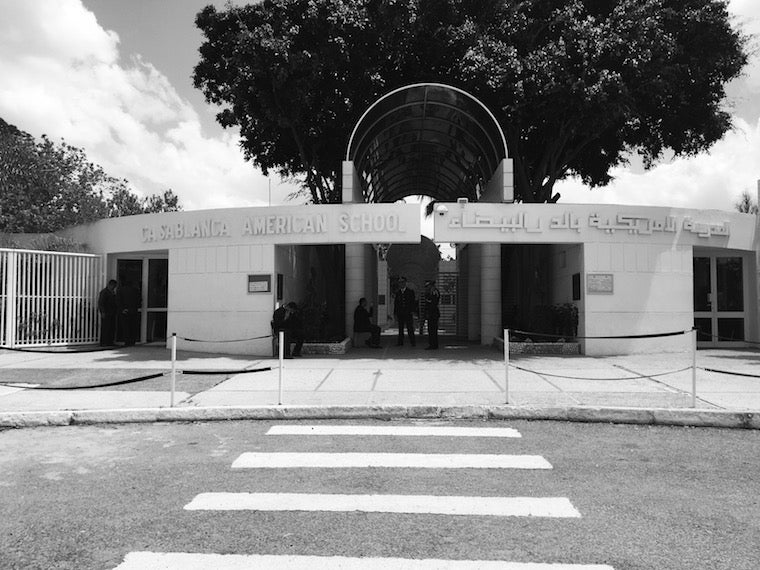 The last time I saw them, they were preparing themselves for the horrors of 7th grade social studies. They'd finally mastered their lockers; a few had hit their growth spurts and awkwardly towered over the rest; they were learning how to ask tough questions; they were starting to make up jokes that not only made sense but were hilarious.

Now, they're college graduates. At least one of them was selected as her commencement speaker. Walking back through the school, seeing the football field that was their lunchtime home, and presenting back in one of my old classrooms... Well, it made me remember the reasons I initially took the teaching job and, once I realized that I'm really not cut out for classroom management, turned my attention instead to college access and higher education. I was lucky enough to advise one student's IB Extended Essay, to spend time with the college counselor, and to conduct a few alumni interviews for my alma mater. Even as I spent most of my time with the sixth grade, I had an ear for college conversations.

I wanted to make an impact and I wanted to take the excitement and energy of high school minds and help channel all that passion towards college and the enormous transformations that happen there. Returning to the school with the knowledge that my sixth graders have gone through their own transformations — and are doing so gracefully, magically, and with such success — was an incredibly touching experience.

When I left Morocco in 2006, I wasn't sure what I wanted to be or do. I took a couple of other overseas jobs, and eventually wound my way back to the US and found an admissions job at my alma mater. While I didn't do a ton of international travel for that office, I still managed to interview a fair number of our international students.

Roll the calendar forwards a few years: I'd now graduated from an MA program and was working at the alumni office of my alma mater. One of the students I'd interviewed back in my initial admissions days worked with us that year, not just doing office work but also popping by to throw around ideas about his future, show off his new design work, learn about entrepreneurial opportunities, and start making plans for his post-grad life. He worked through alumni weekend with us, and he and I reminisced over his college interview, and laughed about how many of his friends I'd somehow ended up interviewing as well.

At the end of that summer, I moved to Oberlin. He completed his BA, spent some time in Philly, and eventually returned to Accra. He's working on his own art and collaborating with other recent college graduates to build a village girls' school and clinic.

Of course I wasn't going to pass up the chance to see him in his hometown! And not only that — turns out, I was visiting his high school. So when he popped into the back of the classroom where I was presenting, I pulled him up to the front of the room and had him speak with the junior class about his adjustment to college life in the US, the preparation he got through the IB and the school, and the ways his liberal arts degree has prepared him for an interesting, engaged post-graduate life. 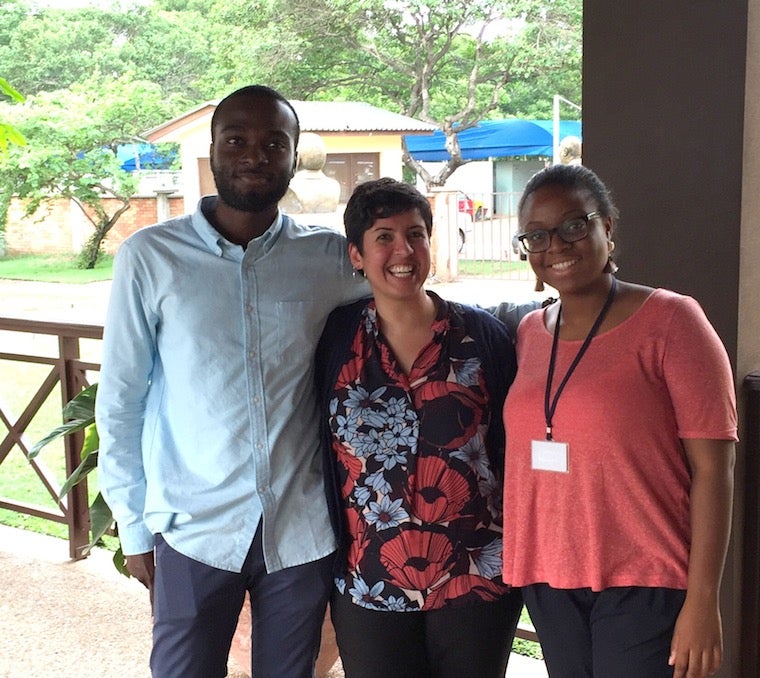 One of the points he kept underlining was that, at a liberal arts college where the community is intentionally small, your chances of success are that much higher. More people know you. More people care for you. More people are invested in ensuring that you graduate, you thrive, you engage.

We talk about how it takes a village to raise a child. At a liberal arts college, it's the whole town lifting you up. Revisiting Isaac's initial worries about college life, talking about his explorations through the college curriculum, and now learning about his art and educational ventures, I'm even more impressed by who he has grown into, and it's humbling to know I had a small, small part to play in his journey.

Relationships like these may not be the sort that I will have with each student I interview, but they're also not a total exception. It's part of the admissions process and the admissions profession: there are so many students we admit that I absolutely adore, and keeping track of where they end up and what they discover about themselves makes this job so amazingly worthwhile.

What I get to do is connect students to their next big transformation. College will change you: mentally, physically, socially, emotionally. You will find reserves you didn't know you had, and you will need them. You will make friends, take on challenges you'd otherwise have run screaming from, discover new interests, cut your hair a million different ways, experiment with style, learn to communicate and plan and do, and change in a ton of other ways that aren't always immediately apparent.

The community around you will cheer you on, thrill with each of your successes, hold you aloft when you need a hand or two. Some of my favorite stories are of the students who didn't know they could make it — maybe they didn't believe in themselves, or maybe they thought their dreams weren't achievable. And then they go out and conquer whatever field it is they desire. And that, that is one of my "whys."

And so I travel and relish the chance to talk about the myriad opportunities available to you in college. I will throw a ton of facts at you, hoping that at least a few of them prove inspiring. At the end of whatever conversation we have, my intention is that you are more aware of what college can offer, and that you are excited to find out which pieces of the college experience are going to challenge you to grow the most.