This is the last weekend of Oberlin's spring break--and what a beautiful weekend it is! I managed to get out in my back yard and get a jump on one of my projects for this year: a vegetable garden. 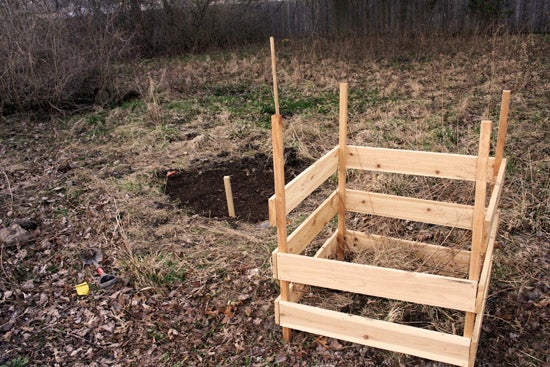 Obviously, it's in only the first phases. I've only cleared a few square feet, so I've got to clear quite a bit more. I've already planted carrots and a few peas, though, and they should sprout in about a week or so. Also, you may have noticed the boxy looking thing on the right. That would be a compost bin made by yours truly. It's made out of cedar, which apparently has some anti-rot properties. You don't want to use treated wood because the chemicals can leach into your compost and, thus, your soil. Anyway, the compost bin isn't exactly the prettiest thing I've ever built, but it's functional.

While I wish I could say that I've spent the entire break out in my back yard with my hands in the soil, I've had some other things to do. I've had to catch up on all the sleep I lost during midterms week. I've had to do a little cleaning. I've had to sleep--did I mention that already?

I've also had to do a little Wilder Voice work. If you don't know what Wilder Voice is, clearly you haven't been reading my not-so regular blog for the last year or so (shame on you!). Wilder Voice is Oberlin's magazine for long-form journalism and creative non-fiction. So, think The New Yorker, but written by Oberlin students, about Oberlin, with fewer inscrutable comics, and a tiny bit less smug. I've been working on Wilder Voice for the last four years, starting as a writer. I'm now the editor-in-chief.

For the upcoming issue, we're doing a three-part piece on the West Virginia coal mining debates. We've got one piece on the history of Appalachian coal mining (written by a West Virginia native and a granddaughter of coal miners). We've got also got a piece, written by Wilder Voice's excellent managing editor, on the protests over mountaintop removal (MTR) mining and strip mining in the Coal River Valley--a hot-button issue here at Oberlin; a number of Oberlin students have been involved in the fight against these forms of coal mining, and several have engaged in direct action (illegal action) against the coal companies and been arrested. The third part is a photo essay on the Coal River Valley, shot by a current Oberlin staff member and Oberlin graduate.

Our photographer, the managing editor, and I all went down to West Virginia for the first part of break. I was there to drive (I have a car), conduct interviews, and help coordinate everything. 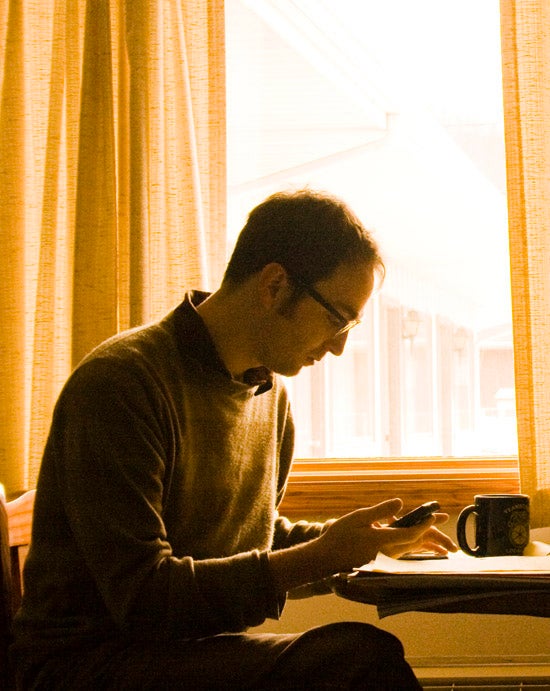 This is me conducting a phone interview with someone (I think someone from the West Virginia State Troopers, but I'm not sure). Photo by Mike McGee.

While we weren't able to get permission from Massey Energy (the primary coal company in the Coal River Valley) to see any of their mining sites, Larry Gibson, who owns property on Kayford Mountain, allowed us up on his land where we were able to see one of the many mining sites. 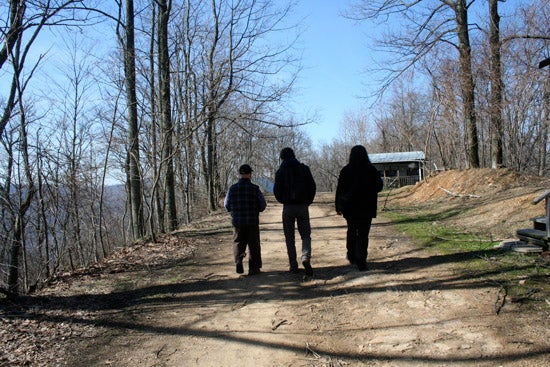 Ethan, Mike, and Larry heading up to the MTR site. 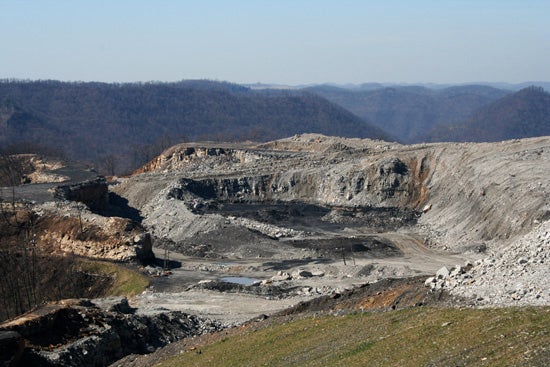 The remains of a MTR site on Kayford Mountain

This is an issue that's been covered by other publications at Oberlin. The Oberlin Review had a couple of articles about it, and the new--and excellent--environmental magazine, Headwaters, had an article written by one of the Oberlin activists who was arrested. Despite the coverage this issue has already received, we thought it would be nice to give a broader take on the issue--a primer of sorts on the issues surrounding the fight. So, be on the lookout for that in about a month, when the next issue of Wilder Voice comes out.

In the meantime, school will be back on in full force. Break was fun while it lasted...