Note from Ma'ayan: following our first 5th cluster reunion in May 2014, I reached out to all the veteran bloggers who graduated in the classes of 2008, 2009, and 2010 to solicit "Where are they now?" blog posts. Consider this a check in and a perspective of Oberlin life post graduation... and we'll have a few more posts coming soon! Yitka Winn '09 is up first!

One night in December 2008, my best friend and longtime Oberlin roommate Seyeon and I sat in the front seat of my car in a parking lot in downtown Oberlin, seats reclined, holding hands and listening to the Red Hot Chili Peppers' song, "Snow (Hey Oh)" on full blast. She and I had both opted to graduate a semester early, and earlier that day, we'd attended a low-fanfare graduation ceremony with the couple dozen other midyear graduates.

"We're at the start of something big, you know," she said, squeezing my hand. "Can you feel it?" 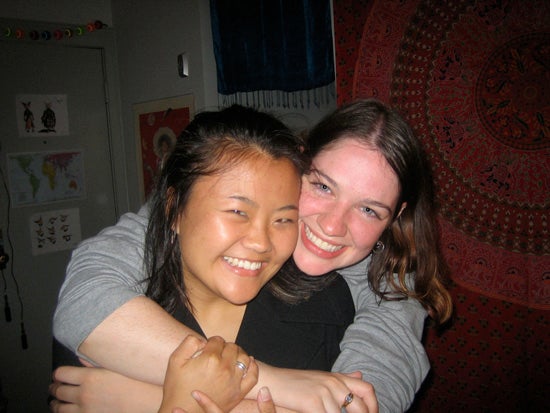 Seyeon and me sophomore year at Oberlin, hanging out in our room in Baldwin.

I could. It was the same expansive, butterflies-in-my-stomach sense of possibility I'd felt in 2005 when my acceptance letter from Oberlin first appeared in my mailbox in Kansas. "I'M GOING TO COLLEGE!" I'd yelled loud enough for the neighbors six houses down to hear.

At both junctures—starting college and leaving it—friends, family and teachers or professors are full of words of encouragement, of hope, of celebrating with you all the decadent possibilities. Yet, at the same time, media headlines love to offer a different narrative, shouting about how hard it is to be a young adult today, what with the difficult economy, middle-class jobs disappearing, student loan debt rising, etc.

Post-college life still may be a ways off for many of you who read these blogs, but consider the following as you craft your life at Oberlin and perhaps wonder how to answer the question well-meaning relatives love to ask (or at least did, in my case)—"What will you do with a major in that?"

An article published in 1982 in the Washington Post told the stories of Mel Rodenstein, a Peace Corps alum with a master's degree in international affairs, who couldn't find work in his field after graduating, and was subsisting on rice and beans—and of Sally Cameron, who majored in French and Arabic at Smith College and got her MBA at Yale, only to find herself bartending at 31.

Several years ago, in The New Republic, Kevin Carey, policy director at a Washington D.C. think tank, followed up with Mel and Sally. He found Mel working as a senior research project supervisor at the Johns Hopkins School of Public Health, and Sally as a senior manager at an international development consulting company. In other words, they're doing just fine; it just took them a while to get there. And, given that the Post article was written over 30 years ago, this media fretting about the woes of being a young college graduate is nothing new.

On a shorter scale, I think it's fair to say my own post-collegiate life has roughly followed the same convoluted trajectory. I'm 26 now and live with my boyfriend and my cat in a tiny mountain town in western Colorado, where I work as the associate editor at an international magazine called Trail Runner. In my job, I get to hone my writing and editing abilities, interview people all over the world and share their stories, build "tribes" (ala Seth Godin) of folks with shared passions, mentor our interns at the magazine, and travel to magical places like Iceland, Hawaii, and Spain's Canary Islands to run trails and write about my experiences. (So, to answer my relatives, that is what one can do with a degree in creative writing.) 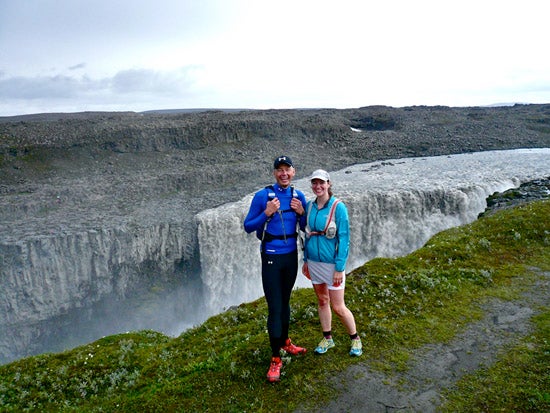 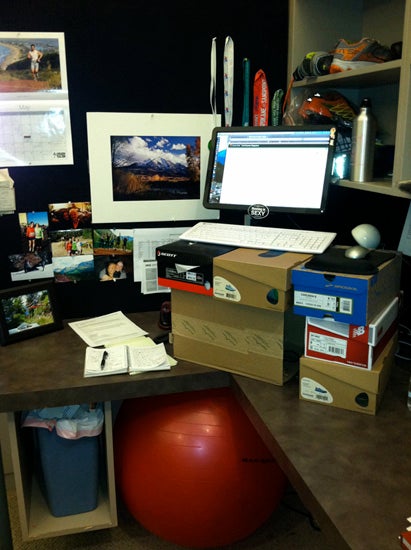 No, but really, most of my working life is spent behind a computer screen, loaded up on my DIY stand-up desk and surrounded by a lot of running shoes.

But! My life has also appeared plenty messy and doleful indeed during the last few years. After graduating, I got rejected from a handful of entry-level, vaguely-related-to-my-major jobs. For several years, I worked in the footwear department at the outdoor retailer, REI—a job I mostly enjoyed and that introduced me to many of my best post-college friends, but one that didn't entail much writing (well, for a while, I did publish a goofy department newsletter called "The Bunion" for my fellow footwear employees). And, needless to say, slinging shoeboxes didn't put much of a dent in my student loans. I did some SAT tutoring on the side and volunteered as a coach for an after-school program for elementary-school-aged girls.

I felt a little discouraged at times, but I kept my chin up. I took some community college classes in web design and development to supplement my writing skills. 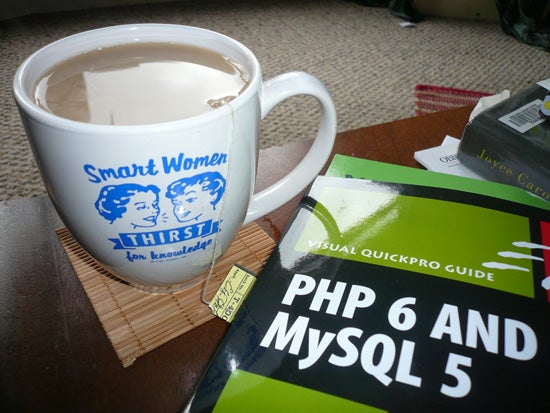 Education doesn't stop when you graduate! Also, I love this mug—my best find during a frenzied yard-sale-shopping adventure around Seattle several years ago with a fellow Obie grad (from the 80s) whom I met at an alumni picnic shortly after graduating.

I sought out freelance opportunities and taught some workshops on various things to improve my public-speaking skills. Above all, I never lost confidence that I'd be able to figure things out and create more of the life for myself that I really wanted. This persevering faith in oneself is one I see, too, in many of my Oberlin peers. Weren't we all seduced in the first place by Oberlin's good old 'Think one person can change the world? So do we' motto?

The single most useful question I've asked myself in the past five years is, "Whose life do I envy?" It guess it's really just a different way of asking, "What do I think I want to do with my life?" but I've found the former is often easier to answer than the latter.

For 21-year-old me, the answer to that question was a woman named Carolyn Price. I'd never met Carolyn, and in fact, Carolyn had no idea who I was five years ago. I knew of her, though, because she had a life I dreamt of—living in the beautiful city of Seattle and serving as the founding editor and publisher of an outdoorsy magazine.

When I was still in Ohio, I reached out to Carolyn with a short note saying I admired her magazine (called OutdoorsNW) and what she'd done with her life. I asked if she had any advice for a starry-eyed writer and recent college graduate like myself. She wrote me back almost immediately and invited me to coffee. It was the beginning of a long friendship and mentorship, as well as the first solid stepping stone to where I am now; coffee turned into my first freelance writing assignment (book reviews), which turned into helping out with editing projects and social media marketing, which turned into my first few travel-writing assignments, which eventually turned into a bona fide job as the magazine's assistant editor. 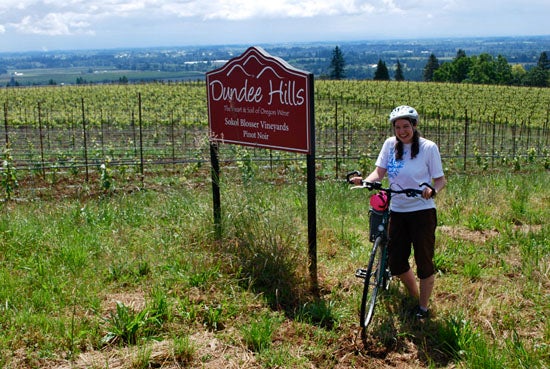 In the time between then and now, I also worked as a product information copywriter for REI and enjoyed a brief stint of doing communications for a well-funded corporate startup near Seattle. Neither of those jobs, in the long run, fully challenged me and satisfied my interests, but they were invaluable opportunities that introduced me to great mentors and friends—and also taught me a heck of a lot about how businesses work. I always joke that my career path so far has been like getting paid to get my MBA!

After moving to Seattle shortly after graduation and falling head over heels in love with the Pacific Northwest, I never thought I'd leave. Except—and I'd actually been quoted saying this—"if Trail Runner magazine ever needs an editor." See, in the midst of all this career wrangling, I'd also developed a passion for running stupidly long distances on mountain trails—something that, no doubt, was incubating in my time at Oberlin. 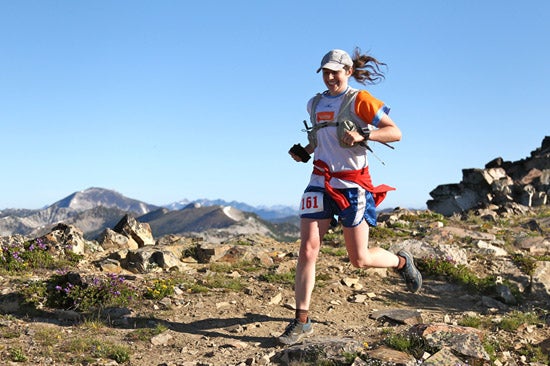 My friend Seyeon and I no longer live in the same place, but during a recent phone conversation, she shared a quote with me from Albert Einstein: "Try to become not a [wo]man of success, but try rather to become a [wo]man of value."

Now that I'm more or less living the life I envied a few years ago, I think the next question to ask myself is, how do I take the skills and experience I've been gathering and turn them into something of even greater value and service to those around me? After all, I'm still the same person who, five years ago, described myself on my Oberlin Blog profile page as a "creative writing major with big dreams of changing the world with words, simple living, and movement." 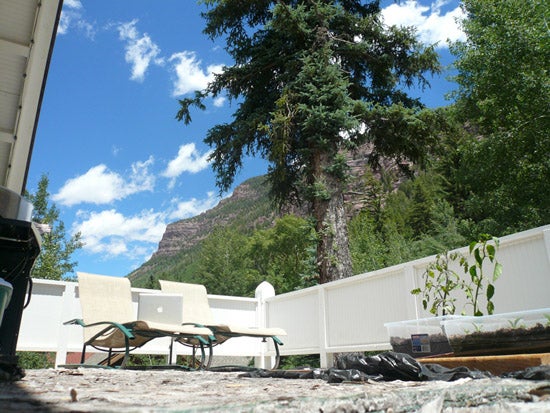 This post brought to you from my back deck in western Colorado. Take note of container garden: thank you, Harkness, for having instilled in me during my sophomore year a fledgling love for growing and cooking my own food.

Yay, Yitka! Great to see you back here, even if you're just visiting. Those of us who knew you when you were 18 would never have doubted you'd find your way. You're a rockstar!

You managed to capture some of the things I wondered as a graduating college senior and now me, four years later, is still wondering them: I'm doing things I love with my life, but how do I channel that into something more? What's more than love? I *think* it's making a difference based on the things I love, and now the little inspired world-changer that lives inside of me is starting to do jumping jacks again.

Thank you so much for sharing your life-in-progress with us, Yitka, and happy travels!

@David and Ma'ayan: Thanks much to both of you for the kind words.

If my rambly-ness here can inspire little world-changers inside of people to do jumping jacks, I'll be content :)

Sad that I wasn't able to make the five-year reunion, but I'm already looking forward to the 10-year!

Truly inspiring, Yitka -- the way I always remember and describe you! The view from your deck is amazing! Thank you for sharing...

Just remember to "always do what you love" and eventually everything falls into place. (It just might take a little while to get there!)